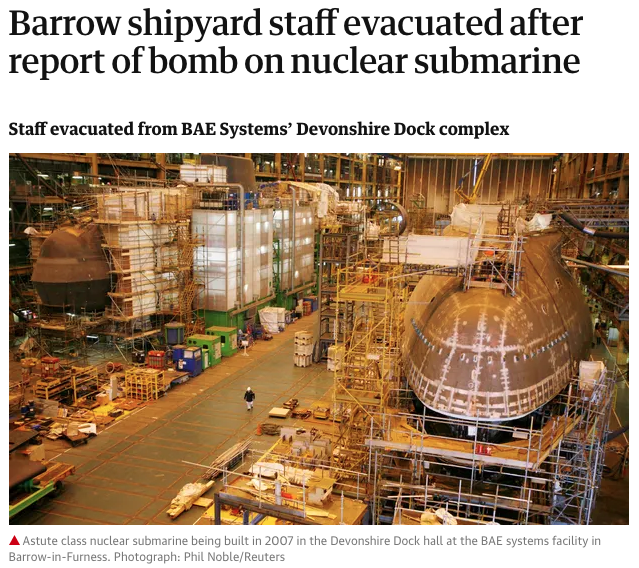 Staff at Barrow’s shipyard in Devonshire have been evacuated following reports that a bomb has been found aboard a nuclear submarine, according to local press reports.

An employee said staff in the Devonshire Dock Hall complex had been told about an anonymous tip that there was a bomb aboard one of the Astute class vessels at the shipyard.

A spokesman for BAE systems, the British defense firm that runs the yard, confirmed that there is an “ongoing incident” at the yard.

“We can confirm there is an ongoing incident at our Barrow site and we are liaising with Cumbria Police who are carrying out an investigation. As a precaution the Devonshire Dock Complex has been closed. Staff, contractors and local residents are being kept informed.”

Police said they have arrived to assist BAE staff, and although an ambulance was called to the scene, there have been no reports of injuries.