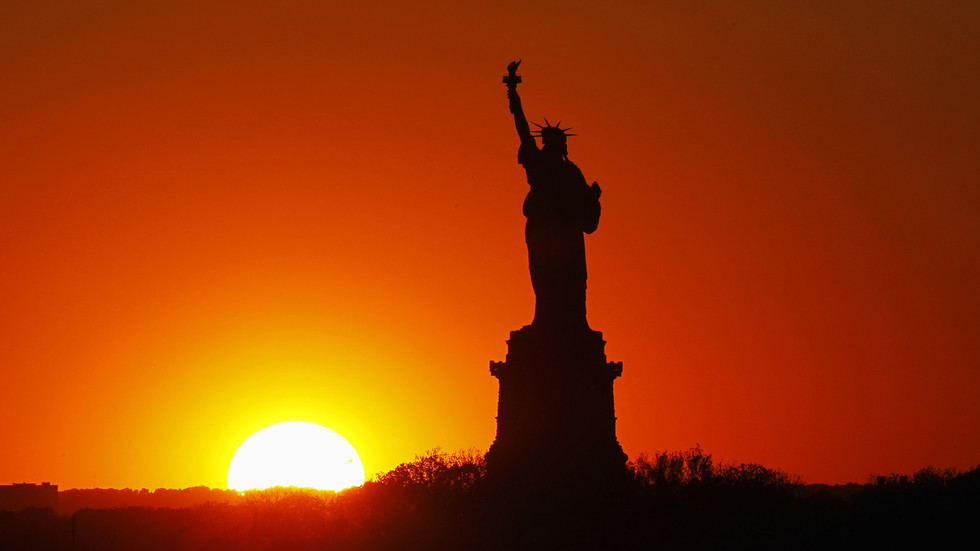 Russian Foreign Minister Sergey Lavrov has said that new centers of global power are working to build a multipolar system to replace US-led Western hegemony. All things considered, Washington should be very relieved.

In comments that were widely ignored in the Western mainstream media, Russia’s veteran diplomat dropped a bombshell last week, declaring the demise of “the Western liberal model of development,” which he said is “losing its attractiveness and is no more viewed as a perfect model for all.”

The diminishing enthusiasm over Washington’s plan for a ‘new world order’, a blueprint for global domination that was mentioned by former US President George H.W. Bush in 1991, is not just confined to non-Western countries. Citizens of the Western hemisphere are also increasingly skeptical about Washington’s unilateral ambitions, Lavrov noted.

This is not the first time Western leaders flirted with the idea of a new world order. Woodrow Wilson, and later, Winston Churchill, were also guilty of it. However, it wasn’t until the collapse of the Soviet Union, America’s ideological arch enemy, that the plan for global domination, with the United States as the supreme authority, grabbed the imagination of Washington policymakers.

As the late neoconservative Charles Krauthammer bluntly and not a little arrogantly explained, “The immediate post-Cold War world is not multipolar. It is unipolar. The center of world power is the unchallenged superpower, the United States, attended by its Western allies.”

Washington, drunk from a powerful cocktail of exceptionalism and global hyper power, set out to recreate the planet in its own wonderful image. What could possibly go wrong?

A global empire is born

America’s dream of establishing a new world order, which seems to be just a euphemism for ‘global empire’, required a major offensive from multiple sources: from the patriotic and propagandist studios of the mainstream media and Hollywood, to the sprawling US military-industrial complex, to the Federal Reserve, which enjoyed – and still enjoys – fiat currency dominion as many global transactions continue to be done in US dollars.

Indeed, the willingness of the United States to bring its economic power to bear against friends and enemies alike has been a disturbing trend of late. Presently, Washington is attempting to instigate civil disorder and potentially regime change in countries like Venezuela and Iran – two members of OPEC – by the imposition of severe sanctions. The very same methods were used in the past prior to full-blown military conflict in places like Iraq, Libya and Syria.

What is motivating Washington to employ such brutal methods in the first place? The answer comes down to a simple matter of power, greed, and the imposition of US dominance across the planet. In fact, much of the hostility – not to mention outrageous conspiracy theories – aimed at Russia, for example, could be explained by purely economic factors, as I previously argued here. The Trump administration actually threatened fellow NATO ally Germany with sanctions over its cooperation with Russia in the ambitious Nord Stream 2 pipeline. The blatant interference in the affairs of other countries, however, is not limited to Russian oil and gas exports.

Last year, sensing that America was falling behind in ‘5G’ – the fifth generation of internet connectivity – the White House attempted to deter the European Union from working with Huawei, the Chinese leader in the new technology. The reason given was that the EU would open up a back door to Chinese spying and surveillance, an area where the US really despises competition. German Chancellor Angela Merkel was having none of it.

“There are two things I don’t believe in,” Merkel said in response. “First, to discuss these very sensitive security questions publicly, and second, to exclude a company simply because it’s from a certain country.”

Russia, itself on the receiving end of senseless US sanctions, could really relate to Merkel’s comment. Indeed, it may be the tragedy of our times that the United States shunned a historic opportunity to forge a powerful relationship with Russia at a time when the world was in dire need of coordinated global leadership, not brinkmanship. Washington continually snubbed Moscow’s overtures of friendship, forwarded ever since the tragedy of 9/11, and inexplicably began steadily militarizing the Eastern border with Russia not only with NATO forces, but with a missile defense system to boot. At the same time, it was excusing itself from landmark arms control agreements – like the Anti-Ballistic Missile Treaty and Intermediate-Range Nuclear Forces Treaty – totally heedless of the possible consequences.

As time would tell, the consequences would be profound and long-lasting.

When a real threat to the global peace finally emerged with a fanatical terrorist group called Islamic State, the US and its allies found themselves oddly not up to the task. Not only was the ragtag terrorist group making significant strides to create a caliphate across a wide swath of the Middle East, it even found the time to establish an oil-export business on the territory of Syria, where it was working in cahoots with the Syrian opposition to bring down the legitimate government of Bashar Assad. All this without a single fighter jet or helicopter. Clearly something was wrong with the US-led strategy, which seemed too focused on removing Assad from power.

Eventually, Russia said ‘enough’ and, much to the shock and consternation of the US and its allies, entered the fray. Over time, the terrorist menace was largely eradicated from Syria, and, perhaps more importantly, the US-led regime change machine that had been wreaking havoc across the Middle East and North Africa had finally broken down at the gates of Damascus. Future historians may look back and say that was the point when efforts to create a ‘new world order’ received their first major setback.

In the past, countries like Russia and China, not to mention Germany, were not in a position to present a challenge to the American superpower. That did not prevent them, however, from expressing their grievances with the unilateral makeup of the global political stage. In February 2007, Vladimir Putin did just that in a speech during the Munich Security Conference.

“Today we are witnessing an almost uncontained hyper use of force – military force – in international relations, force that is plunging the world into an abyss of permanent conflicts,” he said. “I am convinced that we have reached that decisive moment when we must seriously think about the architecture of global security.”

Unsurprisingly, nothing changed. At least not immediately.

Last year, Putin delivered another speech, although this one was completely different both in tone and content. Whereas in Munich, the Russian leader could only lament the “unilateral and frequently illegitimate actions” of the Western alliance, this time he demonstrated that Russia was fully prepared to defend itself should the need ever arise.

Although I am convinced that Russia would have preferred to cooperate with the US and its allies, forging an unbreakable partnership at a time of global crisis, nothing suggested the West was prepared for any sort of bilateral cooperation. It had other worldly designs. It was only concerned with the creation of a ‘new world order’ and those imperial ambitions – the dreams of fools intoxicated by the elixir of ultimate power – have made all the difference in the world, for better or for worse.