Even the MSM reports are unwittingly alluding to Gladio complicity 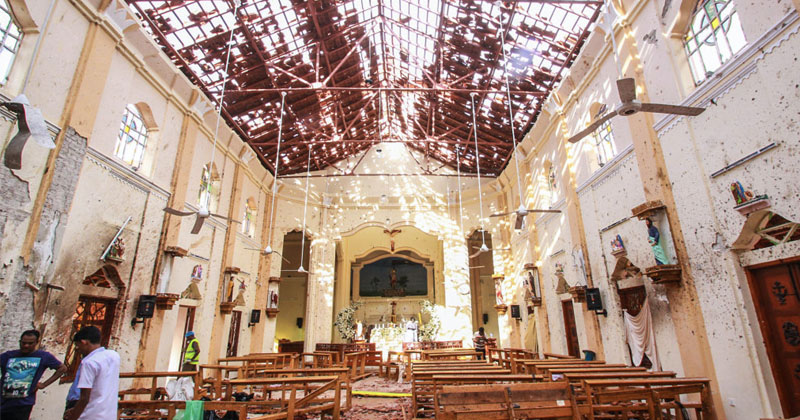 Even the MSM reports are unwittingly alluding to Gladio complicity

A wave of bombings that killed 290 people in Sri Lanka on Sunday was carried out with the support of an international network, officials say.

The government blamed a previously unknown local jihadist group, National Towheed Jamath, for the attacks, but said it had help from abroad.

Another 500 people were injured in the suicide attacks on churches and hotels.

A nationwide emergency will be declared from midnight on Monday, the president’s office has said.

Police have arrested 24 people in a series of raids.

“We do not believe these attacks were carried out by a group of people who were confined to this country,” cabinet spokesman Rajitha Senaratne said.

“There was an international network without which these attacks could not have succeeded.”

A later statement said President Maithripala Sirisena would ask for foreign help to track down the international links to the attackers.

On Sunday, Sri Lankan Prime Minister Ranil Wickremesinghe said security services had been “aware of information” of possible attacks but that the information had not been acted upon.

How did the attacks unfold?

The first reports of explosions came at about 08:45 local time with six blasts reported within a small space of time. 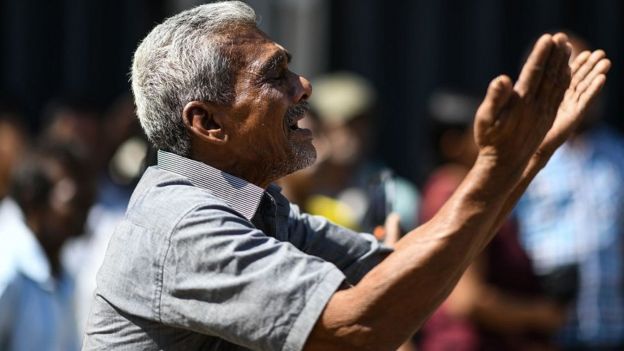 All the attacks were carried out by suicide bombers, officials said.

Police then carried out raids on two addresses and there were explosions at both. One was in Dehiwala, southern Colombo, and the other was near the Colombo district of Dematagoda in which three officers were killed.

An improvised explosive device – a 6ft-long [1.8m] plastic pipe packed with explosives – was also found and defused near the airport in the capital, Colombo.

Police have not provided a breakdown of how many were killed and wounded at each location.

What do we know about the attackers?

There was swirling speculation about who could be behind the attacks and the government restricted access to social media in the aftermath of the bombings.

The BBC’s Azzam Ameen in Colombo, citing officials, said the bombers were thought to be part of a “radical extremist Islamist group”.

Addressing reports that officials had had prior intelligence of forthcoming attacks, Mr Wickremesinghe said: “We must look into why adequate precautions were not taken. Neither I nor the ministers were kept informed.”

A top Sri Lankan official later told the BBC that the government and intelligence services should not be blamed.

Hemasari Fernando – who is also chief-of-staff to President Maithripala Sirisena, a political rival of Mr Wickremesinghe – said information received earlier this month was of only one or two possible attacks, and that he never expected anything of the magnitude of Sunday’s bombings.

Who are the victims?

The vast majority of those killed are thought to be Sri Lankan nationals, including scores of Christians who died at Easter church services.

The ministry of foreign affairs says it believes 35 foreign nationals are among the dead.

They include three of the children of Danish billionaire Anders Holch Povlsen, a family spokesman confirmed to the BBC. Mr Povlsen owns the Bestseller clothing chain and holds a majority stake in clothing giant Asos.

Other international victims include:

What is Sri Lanka’s recent history?

Sunday’s attacks were the deadliest in Sri Lanka since the end of the country’s civil war in 2009.

The war ended with the defeat of the Tamil Tigers, who had fought for 26 years for an independent homeland for the minority ethnic Tamils.

The nation has seen some sporadic violence since. In March 2018 a state of emergency was declared after members of the majority Buddhist Sinhala community attacked mosques and Muslim-owned properties.

Theravada Buddhism is Sri Lanka’s biggest religious group, making up about 70.2% of the population, according to the most recent census. 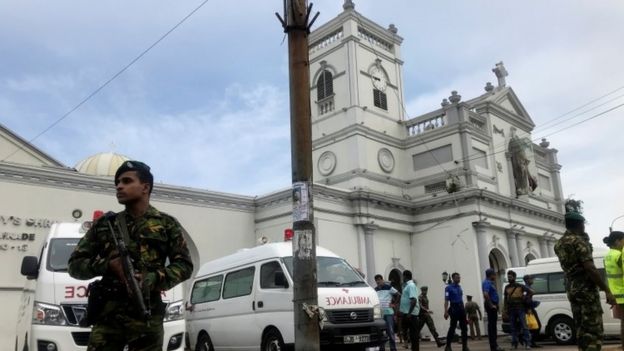 REUTERS  –  Christians are a small minority in Sri Lanka

It is the religion of Sri Lanka’s Sinhalese majority and is given primary place in the country’s laws.

Hindus and Muslims make up 12.6% and 9.7% of the population respectively.

Sri Lanka is also home to about 1.5 million Christians, according to the 2012 census, the vast majority of them Roman Catholic.