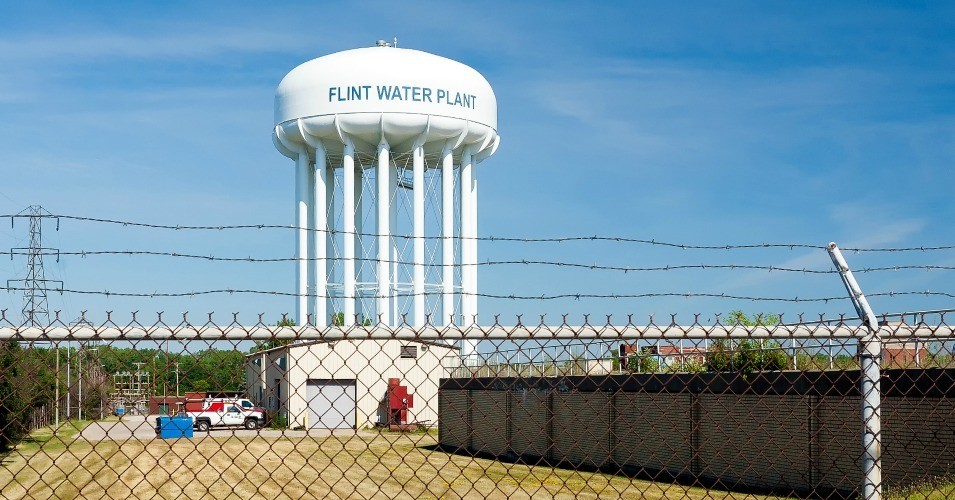 The Flint water crisis began in 2014 after the city switched the Flint River as its drinking water source to save money. (Photo: George Thomas/Flickr/cc)

“These lies went on for months while the people of Flint continued to be poisoned.”

As Flint, Michigan, marks five years since the city’s deadly water crisis began, a federal judge ruled in favor of residents who want to sue the federal government for not acting promptly to ensure the city had clean drinking water.

Residents filed suit against the EPA in 2017, demanding $722 million in damages and arguing that the agency was able to inform the city that its drinking water was contaminated months before it finally issued an emergency order.

“These lies went on for months while the people of Flint continued to be poisoned,” Judge Linda Parker, an Obama appointee, wrote in her ruling Friday.

The EPA was notified that Flint was using a contaminated drinking water source—the Flint River—in mid-2015, when a whistleblower wrote in a memo that the water contained lead. But the agency didn’t issue an emergency order to protect residents for another seven months.

By that time, residents of the majority-black city had been drinking the tainted water for a year and a half.

City officials began drawing drinking water from the river in April 2014, switching from Detroit’s system to save money. Residents began complaining of rashes, hair loss, and other health concerns almost immediately, and reporting that the water was brown and had an unpleasant taste and odor—but the city insisted the water was safe.

“This ruling will shake up the EPA, which has refused to accept responsibility in causing the catastrophe.” —Michael Pitt, attorney

State regulators continued telling residents that the water was safe for drinking even after a group of doctors reported in September 2015 that they had detected high levels of lead in children’s bloodstreams. The EPA issued its emergency order in January 2016 and claims that it lacked the authority to take action sooner because of the state’s decision-making.

As residents are arguing in their lawsuit, the agency’s inspector general reported later that year that under the Safe Drinking Water Act, in the event of state inaction “the EPA can and should proceed with an [emergency] order” to protect the public “in a timely manner.”

“The lead-contaminated public water supply system will affect the residents for years and likely generations to come,” Parker wrote. “The acts leading to the creation of the Flint Water Crisis, alleged to be rooted in lies, recklessness and profound disrespect have and will continue to produce a heinous impact for the people of Flint.”

Michael Pitt, a lawyer for the 1,700 residents who filed the suit in 2017 praised Parker’s decision.

“This ruling will shake up the EPA, which has refused to accept responsibility in causing the catastrophe,” said Pitt. “The EPA is mandated by Congress to be a watchdog over state environmental operations and is required by law to take over drinking water systems when a significant public health risk becomes apparent.”

The ruling is the latest victory for victims of the crisis, which was linked to at least 12 deaths from Legionnaires disease and put residents, especially children, at risk for long-term neurological and cognitive disorders. Earlier this month a class-action lawsuit against former Michigan Gov. Rick Snyder was allowed to proceed, and an appellate court ruled in January that city and state officials can be sued as well.