C.I.A. Carries Out Yet Another Coup in Libya…for Oil as Usual 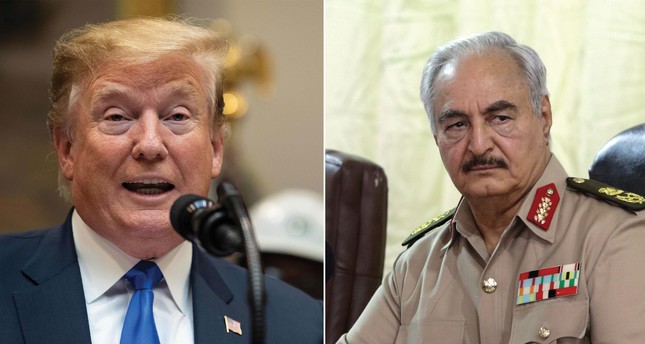 C.I.A. Carries Out Yet Another Coup in Libya…for Oil as Usual

In a sharp reversal of longstanding US policy which recognizes only the UN-backed Government of National Accord (GNA) in Tripoli as the legitimate authority over Libya, the White House on Friday said President Trump spoke by phone this week to Benghazi based commander Kalifa Haftar, pledging support to the general and his Libyan National Army (LNA) as it lays siege to the capital.

The call took place on Monday, but was only revealed at the end of this week amid ongoing fighting in and around Tripoli, under assault for the past two weeks by Haftar’s forces, which early this month led to the withdrawal of a contingency of US Marines, citing the deteriorating security situation.

The White House readout said the two discussed “ongoing counterterrorism efforts and the need to achieve peace and stability in Libya.”

Interestingly in early April Secretary of State Mike Pompeo had urged in a statement for Haftar to halt his advance: “We have made clear that we oppose the military offensive by Khalifa Haftar’s forces and urge the immediate halt to these military operations against the Libyan capital,” Pompeo said at the time.

Haftar — who solidified control of Eastern Libya  over the past two years and swept through the south in January, seeks to capture Tripoli and seize military control of the entire country, and has over the past weeks made inroads into the capital.

NEW: #Haftar’s advance into #Tripoli threatens not only the stability of #Libya’s largest city, but of the entire country.@mel_pavlik, @MENASTREAM, @a_carboni, and Kars de Bruijne map the offensive and unpack ACLED's latest data on the fighting: https://t.co/AgZC3lb5A7 pic.twitter.com/0JCS1Q0vmq

He’s long been described by many analysts as “the CIA’s man in Libya” — given he spent a couple decades living in exile a mere few minutes from CIA headquarters in Langley, Virginia during Gaddafi’s rule.

On Thursday the US and Russia blocked a UN Security Council effort to call for a ceasefire in Libya — this as air power has recently been used during increasingly intense fighting in Tripoli. According to the World Health Organization (WHO), fighting between the LNA and GNA has resulted in 205 deaths and 900 wounded, with about 20 civilians among the dead.

Given Trump’s praise of Haftar for “securing Libya’s oil resources” in the telephone call this week, it appears that the renegade Libyan general has indeed been “the CIA’s man in Libya” this whole time.