Was this another Gladio-style plane crash designed to exact punishment or coerce compliance? 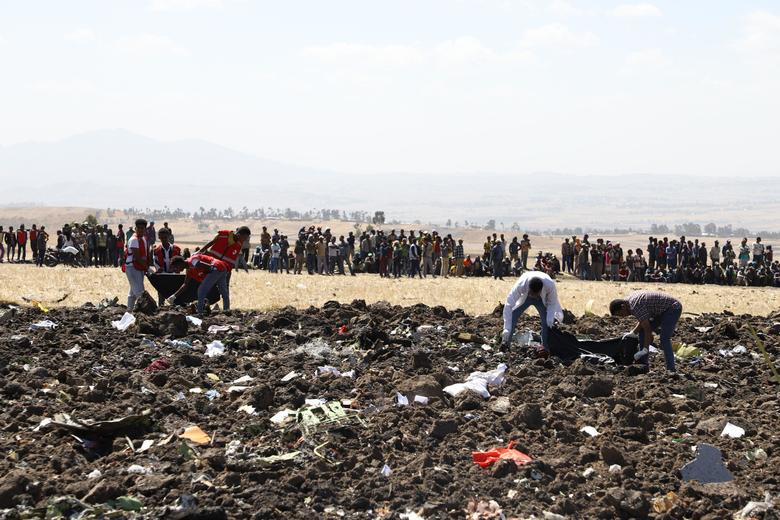 Was this another Gladio-style plane crash designed to exact punishment or coerce compliance?

A Boeing 737 MAX 8 owned by Ethiopian Airlines seemingly dropped out of the sky on Sunday not far from the Addis Abba airport where it took off on a flight to Nairobi, Kenya, killing nearly 160 passengers and crew (there were no survivors) and raising serious questions about the jet model’s safety.

The plane, flight number ET 302, lost contact at 8:44 am local time, just 6 minutes after taking off from Bole International Airport in the Ethiopian capital, according to CNN.  Immediately before the crash, the pilot requested to return to Bole, the airline said.

It crashed near Bishoftu, a town southeast of Addis Abba. The plane had been carrying 149 passengers and eight crew. The victims were of 32 different nationalities, according to a statement from Ethiopia Airlines, which, until Sunday, had one of the best safety records in Africa. It is also the largest commercial carrier on the continent, according to CNN.

According to the Wall Street Journal, the accident will intensify the spotlight on the 737 MAX 8. Two planes of the same model have mysteriously crashed within six months of each other.

The involvement of the Boeing 737 MAX 8 in the crash will intensify a spotlight already focused on the model after last year’s crash in Indonesia, though determining a cause for any accident can take months, and often points to many factors.

Accident investigators are still months away from determining the precise cause of the Oct. 29 Lion Air crash that killed 189 people when the new Boeing 737 MAX 8 plunged into the Java Sea.

Accident investigators, in an interim report, said the crew battled inaccurate sensor information, a cascade of warnings, and an automatic flight control system that repeatedly pushed down the nose of the plane during the 11 minutes from takeoff until the crash.

The accident has focused attention on a new stall-prevention system Boeing devised for the plane.

The Chicago-based plane maker has emphasized that its manuals included a procedure that turns off the stall-prevention system, known by its acronym MCAS, and prevents it from automatically pushing the plane’s nose down.

There are no indicators the MCAS was triggered on the Ethiopian plane.

Boeing released a statement offering its condolences to the victims’ loved ones and promising to assist Ethiopia Airlines staff with whatever help they might need:

We are saddened by the news of an Ethiopian Airlines passenger aircraft that is reported to have crashed 6 minutes after takeoff en route to Kenya. My prayers go to all the families and associates of those on board.

The last major accident involving an Ethiopian Airlines plane happened in January 2010, when a flight from Beirut crashed, killing 83 passengers and seven crew.