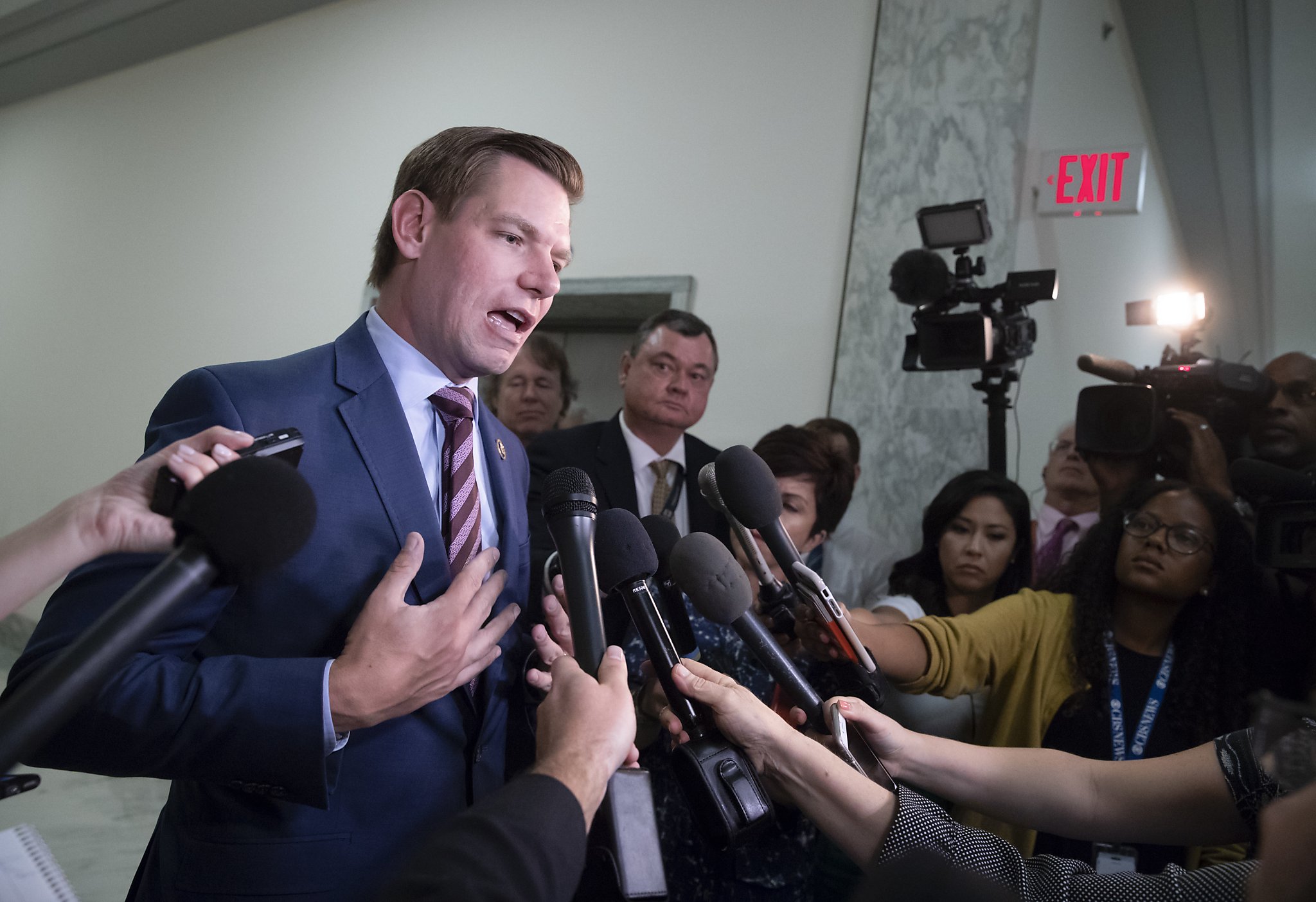 Swalwell Doubles Down: Maintains Trump Is A “Russian Agent” Despite Mueller Findings

Rep. Eric Swalwell – who sits on the House Intelligence Committee – has doubled down on his claim that President Trump is a Russian agent because nobody has been able to conclusively disprove all of the claims in the Steele Dossier.

Speaking with Fox News‘s Martha MacCallum Tuesday night, Swalwell compared the Jussie Smollett case to the Trump-Russia collusion case – suggesting that Trump and Smollett were similarly let off the hook for their crimes ‘despite everyone knowing they did it.’

“The charges were dismissed, yet we all believe we know what happened because of the evidence that exists in the case,” said Swalwell. “I saw evidence and the country has seen evidence of collusion. Bob Mueller has said that he can’t prove it beyond a reasonable doubt, which I accept, but it doesn’t mean there wasn’t collusion,” he added.

MacCallum took issue with the Smollett comparison – noting that Mueller’s conclusion of “no collusion” came after “two years of investigation [in the collusion case] and 2,800 subpoenas, 500 lawyers, 500 interviews, you’ve had 19 lawyers who’ve been working on this,” adding “Some of the top lawyers in the country have worked on this. So there’s a very big difference between the Smollett case which never saw the light of day, and what we’ve watched over the past couple of years.”

Next, MacCallum played a clip of Swalwell telling MSNBC host Chris Matthews that he thinks Trump is a “Russian agent,” insisting “I haven’t seen a single piece of evidence that he’s not.”

In other words, Swalwell is sticking with the transparent logic trap of: ‘Everybody knows you beat your wife Mr. Jones. Do you have evidence that you do not?’

MacCallum shot back – “He’s also ramped up our … offensive help to the Ukraine,” which Swalwell interrupted – claiming that taking an adversary’s position somehow makes one an “agent” of said adversary.

Peters speculated that President Donald Trump has acted as an agent of Russia, which is one of the core claims of the Democrat-funded dossier. Peters repeated the familiar argument that Trump will not publicly criticize Russian President Vladimir Putin to make his case.

“He won’t criticize Putin, and why doesn’t he want sanctions? Why has he been slow rolling sanctions? Why does he just dove tail with Putin’s view of the world?” said Peters.

“Anderson, I may be utterly wrong,” he continued. “I may be influenced by my background as an intelligence officer but again, I go back to what has been not addressed: The Steele dossier. Given Trump’s behavioral profile, he was a perfect target and if you want various explanations, the Steele dossier is a viable one.” –Daily Caller

In short, both Swalwell and Peters have discarded the Mueller’s extensive investigation and are instead choosing to believe what’s contained in a Russian-sourced dossier compiled by a former UK spy, who admits it’s not a “finished product,” and parts of which former FBI director James Comey called “unverified and salacious.”

TDS appears to be very real.