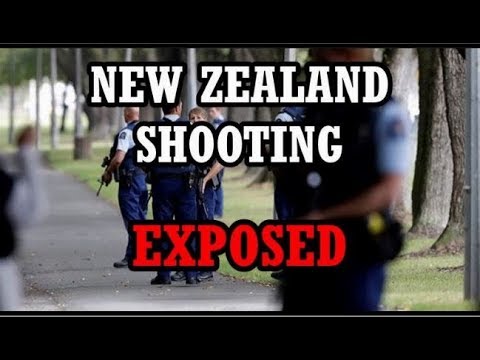 The Gun Grab Begins, Persecution of Patriots Heats Up

“Everything points to a real mass shooting
that did occur, but a fake video was also
produced as a separate psyop before the
terrorist attack even took place.”

First some important history which offers an indisputable and crucial context.

“Every American patriot only needs to consider the highly restrictive gun control laws that were enacted in Scotland after the Dunblane school shooting and in Australia immediately following the Port Arthur Massacre.  The Dunblane mass shooting took place on 13 March 1996; the Port Arthur massacre occurred from 28–29 April 1996.  It quickly became obvious to gun owners worldwide that these two efficacious psyops were staged within two months of each other with purposeful political design (à la Operation Gladio C).  In both cases, draconian gun control legislation was passed that effectively stripped the citizenry of their right to possess firearms.”(Source: OPERATION GLADIO C: Government-Sponsored Domestic Terrorism Targets American Public Schools)

Of course, here in the states, we first saw the Columbine High School ‘massacre’ which inaugurated the globalist-directed national drive to confiscate guns in America. Here’s a recent headline from a primary propaganda organ of the CIA’s Mockingbird Media— NPR — coyly extolling the virtues of America’s “Columbine moment”.

In 1999, Columbine Felt Like A Galvanizing Moment For Gun Control

Each of these three false flag hoaxes triggered serious gun control legislation, as well as predicated frivolous lawsuits that served to peripherally and/or incrementally restrict gun sales throughout the United States.

• The nation saw a flurry of laws against assault rifles after the ‘worst mass shooting’ in U.S. history staged at the now infamous Mandalay Bay.  Bump stocks were also been banned nationally as a direct result of that Las Vegas mass shooting.

The mosque mass shooting on March 15, 2019 clearly fits the exact same pattern as  Dunblane and Port Arthur, as well as Columbine, Sandy Hook, Las Vegas and Parkland.  The Christchurch terrorist attack also contains the same elements of part reality and part hoax; however, it was executed in a quite deliberate manner that was initially meant to convince the global audience of its authenticity.

Now that the New World Order globalist cabal has staged yet another false flag hoax but with some reality in Christchurch, New Zealand, their highly controlled globalist stooge — Prime Minister Jacinda Ardern — has already issued an immediate gun ban as follows:

Ardern announced the ban Thursday and said it would be followed by legislation to be introduced next month.
(Source: Now we see why the globalists staged the New Zealand false flag.)

Of course, these deliberately executed psyops always have multiple goals. For example:

The best way for the government of New Zealand to take away the assault rifles so quickly was to stage a fake “shock and awe” event that was actually videoed to have maximum effect on the populace.  However, the perps made a LOT of mistakes as usual. See: 5 Things About The Christchurch Shooting That Prove It Was A False Flag

Now watch this new video analysis of what is turning out to be a ridiculous hoax.

Despite these unassailable refutations of the official narrative, as long as a vast majority of people on the planet believe what the mainstream media tells them about this and other fake mass shootings, it makes no difference whether it was totally real, or a complete hoax, or a hybrid of reality and hoax.  All that matters is that a critical mass of folks demands new gun control laws for the globalist perpetrators to achieve their nefarious purposes.

The bottom line where it concerns this mosque mass shooting in New Zealand is that the globalists carried it out to accomplish several objectives.  Each one of those tyrannical objectives is critical to the formation of a totalitarian One World Government.

In order to understand how Gladio-style black operations like this significantly advance the NWO agenda, the following detailed exposé is highly recommended.  This report contains specific premises and conclusions not found anywhere else on the Internet today.  And it was written on the very day that the NZ mosque was supposedly attacked by the lone terrorist; that’s how utterly transparent these never-ending false flag shootings have become.

There’s only one response to this massive and ongoing assault on gun possession worldwide and on the Second Amendment in the USA.  Patriots everywhere must resist the unconstitutional and right-stripping laws that are being passed with increasing frequency.  More than that, the Patriot Movement must show the very same resolve as demonstrated by these strong-willed and no-nonsense county sheriffs.

We knows that this report is a little complicated.  Let’s simplify it. First, there was a very real mass shooting at the 2 mosques in Christchurch.  Secondly, the video hoax was fabricated using crisis actors before the terrorist attacks were carried out.  Thirdly, the exact timing of these events, as well as casualty statistics, cannot be verified because of how the perps have controlled both the real crime scene and the video illusion.  See: Mosque Mass Shooting Did Occur, But Video Hoax Was A Pre-Massacre Fake (Video)