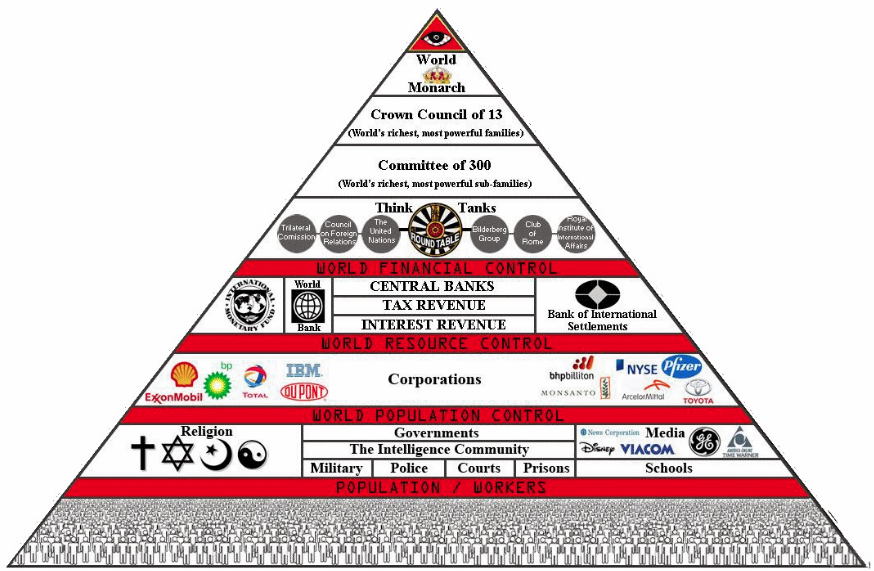 SOTN Editor’s Note: All of the current trajectories which, in the aggregate, reflect the true destination of the planetary civilization point to one undeniable outcome—a tyrannical totalitarian technocracy.  What follows is just one take on this extremely serious matter for all of humanity. Alarm: “An anxious awareness of danger”.

People will not move to action on any issue, no matter how serious, unless they become alarmed. The reason that Technocracy continues to saturate America is because people are not yet alarmed about it. They see no clear and present danger.

This will soon change now that Technocracy has been officially ‘outed’ by the global elite themselves.

A leading scholar and Senior Research Fellow at the Center on Asia and Globalization at the Lee Kuan Yew School of Public Policy (3 Trilateral Commissioners sit on the governing board), Parag Khanna, is a rising star within the global elite. After earning a B.S. in International Affairs and a Master of Arts in Security Studies from Georgetown, he received his PhD in International Relations from the prestigious London School of Economics.

Khanna’s career started as a Research Associate at the Council on Foreign Relations, where Trilateral Commission member Richard Haass is President. He recently served a stint at the New America Foundation in Washington, D.C., where no less than five members of the Trilateral Commission sit on the board of directors. He has also served at the elite Brookings Institution (Trilateral member Strobe Talbott is President), the World Economic Forum and the Council on Foreign Relations.

Indeed, it isn’t surprising that Esquire Magazine included Khanna in its “75 Most Influential People of the 21st Century”.

“Connectivity is the most revolutionary force of the twenty-first century. Mankind is reengineering the planet, investing up to ten trillion dollars per year in transportation, energy, and communications infrastructure linking the world’s burgeoning megacities together. This has profound consequences for geopolitics, economics, demographics, the environment, and social identity. Connectivity, not geography, is our destiny.”

Note that this ‘reengineering’ is focused on infrastructure, which includes transportation, energy and communications. Most importantly, the entire reengineered infrastructure is focused not only on the cities themselves, but also on connecting them together to form the global society.

On January 10, 2017 Khanna will release to the world his latest book, Technocracy in America: Rise Of The Info-State. Promotional material states

“American democracy just isn’t good enough anymore… The ideal form of government for the complex 21st century is what Khanna calls a ‘direct technocracy,’ one led by experts but perpetually consulting the people through a combination of democracy and data. From a seven-member presidency and a restructured cabinet to replacing the Senate with an Assembly of Governors, Technocracy in America is full of sensible proposals that have been proven to work in the world’s most successful societies. Americans have a choice for whom they elect president, but they should not wait any longer to redesign their political system following Khanna’s pragmatic vision.”

To showcase this latest book, TIME published Khanna’s own summary, 5 Radical Solutions to Fix Our Busted Government, in which he discusses 5 policy recommendations that are very reminiscent of Technocracy policies seen in the 1930s:

Technocrat Henry A. Porter wrote Roosevelt and Technocracy in 1933. He bluntly called for President-elect Roosevelt to declare himself dictator in order to summarily implement Technocracy. He likewise called for the abolition of Congress.

In order to implement Khanna’s Technocracy, President-Elect Trump would similarly have to declare himself dictator, because the citizenry of America would never voluntarily accept these moves.

Resistance is not futile

Fortunately, Khanna’s radical Technocracy in America will not be released into a vacuum because my book Technocracy Rising: The Trojan Horse of Global Transformation has already been warning about this for two years. Additionally, I have addressed hundreds of audiences on radio, video and in person about the reality and dangers of Technocracy.

For all those who have doubted whether Technocracy is a clear and present danger to America (and the entire world), you can and should translate your doubts into alarm, because the global elite themselveshave now declared that Technocracy is the endgame.

Technocracy is not Communism, Socialism or Fascism, even though there are similarities and overlaps. Rather, it is an economic system originally designed in the 1930s to replace Capitalism and Free Enterprise. It is a resource-based economic system that uses energy as its accounting system, whereas our current system relies on supply and demand and uses currency as its accounting system.

As I have thoroughly documented in Technocracy Rising, modern Technocracy was reinvigorated by members of the Trilateral Commission, co-founded in 1973 by David Rockefeller and Zbigniew Brzezinski. In 1987, the Commission strategically passed it off to the United Nations under the aegis of Sustainable Development. The UN has since spread the doctrine all over planet earth in the form of treaties, agreements, initiatives and partnerships. To the corporate world, it has been sold as the “Green Economy” and “Natural Capitalism”. It was sold to civil society as “Smart Growth” and Agenda 21.

The UN itself has independently validated my claims in Technocracy rising:

“This is the first time in the history of mankind that we are setting ourselves the task of intentionally, within a defined period of time to change the economic development model that has been reigning for at least 150 years, since the industrial revolution…This is probably the most difficult task we have ever given ourselves, which is to intentionally transform the economic development model, for the first time in human history.” [Christiana Figueres, Executive Secretary of the UN Framework Convention on Climate Change, 2015]

More recently, the UN’s 2030 Agenda and New Urban Agenda agreements have been adopted by over 190 nations of the world. The 2030 Agenda established the 17 new and expanded Sustainable Development Goals for the next 15 years, while the New Urban Agenda sets the standards for Smart Cities throughout the world. Between the two initiatives, the UN is asking for control over 100 percent of all production and 100 percent of all consumption. They, in turn, will utilize science and the Scientific Method to restructure and control the entire global economy and society.

Be warned. Be alarmed.