Why is the Trump administration selling sensitive nuke technology to Saudi Arabia? 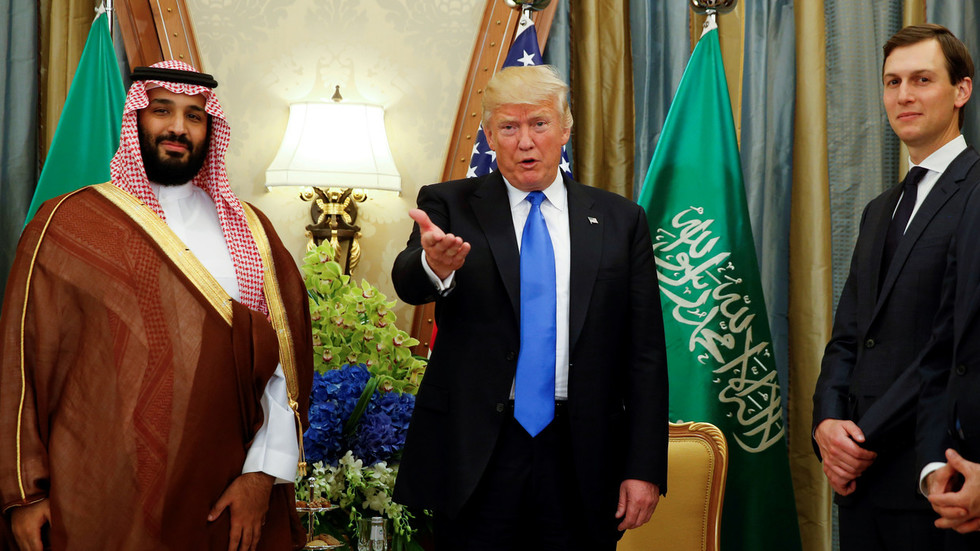 Why is the Trump administration selling sensitive nuke technology to Saudi Arabia?

Trump accused of seeking to sell US nuclear ‘secrets’ to Saudis… so why is this Russia’s fault?

House Democrats have launched a probe into the Trump administration’s alleged attempt to transfer ‘sensitive’ US nuclear technologies to Saudi Arabia. The company implicated has already found a couple of usual suspects to blame.

White House staff members are reportedly fast-tracking “the transfer of highly sensitive US nuclear technology” to Saudi Arabia without the necessary congressional review, possibly running afoul of the Atomic Energy Act and potentially allowing the Saudis to build a nuclear bomb, according to an interim staff report by Committee on Oversight and Reform chair Elijah Cummings (D-Maryland), which cites “multiple whistleblowers” as the source of the information. The Committee has opened an investigation into the allegations.

With Kushner now on his way to Saudi Arabia to showcase the administration’s “Middle East peace plan,” those efforts “may be accelerating,” the report warned, noting that Trump had met last week with “nuclear power developers at the White House about sharing nuclear technology with countries in the Middle East, including Saudi Arabia.”

Unnamed “experts” cited in the report fear the Saudis might seek to build a nuclear bomb using the technology, further destabilizing the Middle East – especially if the transfer proceeds in secret, without congressional approval, which would require the transfer agreement to meet specific non-proliferation requirements. Saudi Arabia, the whistleblowers claim, is “refusing to agree to prohibitions on enriching uranium and processing plutonium similar to those agreed to by other countries in the region.”

“It was clear Russia and China intended to build, own and operate nuclear plants” in the region, the release states. “It is a strategic imperative that the United States compete and win against Russia and China in the nuclear power arena.”IP3 immediately denied any wrongdoing, claiming that – on the contrary – its main goal is to protect vital US national security interests in the Middle East and beyond. Accusing Moscow and Beijing of “aggressively” pursuing profits, and even more so seeking to expand their “geopolitical influence,” IP3 claimed that “only the United States nuclear industry can deliver the standard of safety, security, regulatory oversight, and operational primacy required to ensure both the non-proliferation goals as well as the strategic goals of the United States.”

While mentioning Russia and China four times across their press release, and Saudi Arabia not even once, the company vowed to cooperate with the probe and share any information requested by the committee.