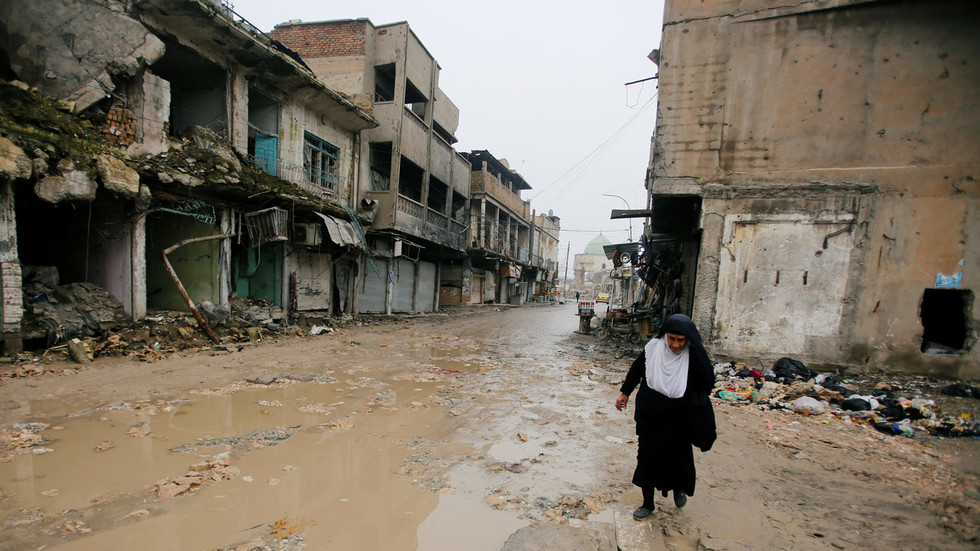 ‘We are like the living dead’: Citizens of Mosul in despair 1.5 years after liberation from ISIS

Chaos and misery – that’s what life in Mosul is like more than 1.5 years after Iraqi forces and the US-led coalition staged one of the deadliest battles in decades to liberate the city from Islamic State (IS, formerly ISIS).

What was once Iraq’s second-largest city and home to millions was reduced to ash in July 2017, when the US-led coalition dropped bombs and recaptured it from IS. More than 10,000 civilians are estimated to have been killed in the battle.

Thousands of dead bodies are still buried under the rubble amid the lack of recovery crews and equipment. Locals say fraud and corruption are halting the process.

“You can’t even imagine how difficult it is – no hospitals, no schools, no teachers. We are like the living dead. We have a cemetery over there, but here it’s a cemetery for the living. Pot holes are everywhere, there are still corpses everywhere and if anyone brings humanitarian aid here, the local officials just steal it, they are all corrupt,” a Mosul resident told RT.

There are fears that IS could return to the city and use the corruption and chaos to re-emerge. The US-led coalition spent billions of dollars when it bombed Mosul, but when it was done, it didn’t cash out on rebuilding.

Meanwhile, nearly 2 million Iraqis remain displaced, according to UN estimates. Nearly 700,000 of them are from Mosul.“There are no basic services in the city, no jobs – it’s terrible,” one local resident said. “We’re here battling all the hardships. We now regret that we ever came back.”