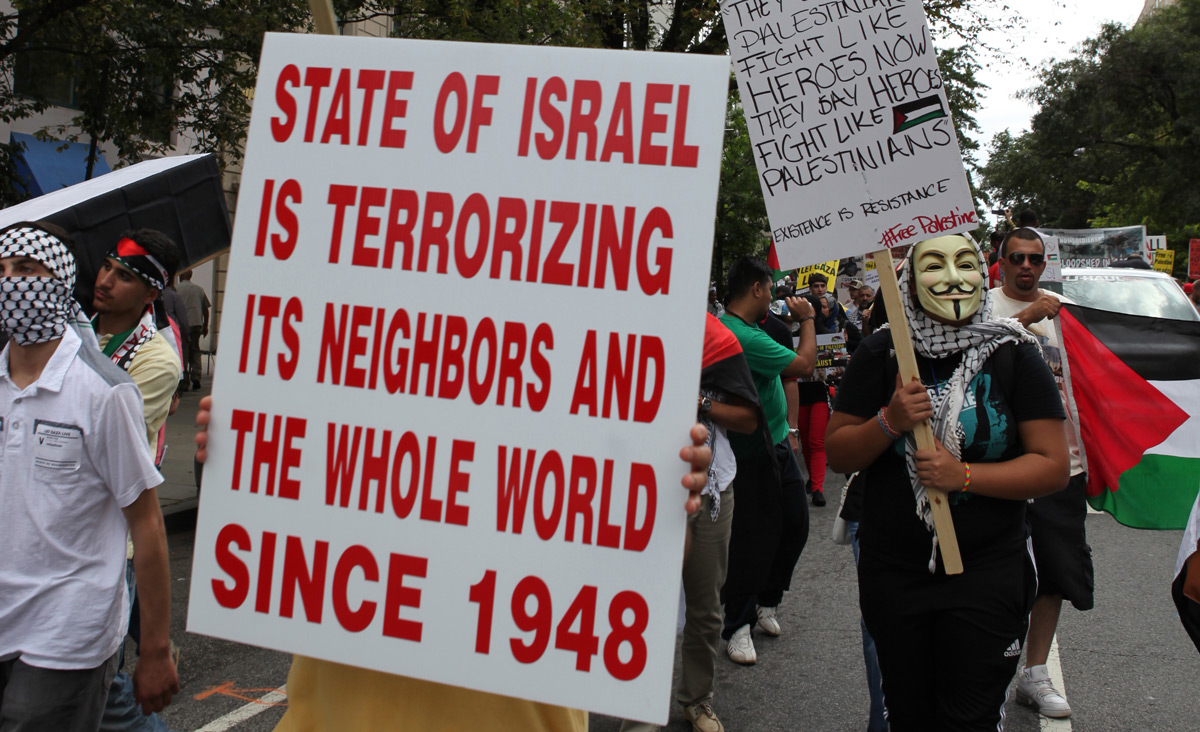 February 08, 2019 “Information Clearing House“ –    Details of how pro-Israeli lobby groups have fabricated accusations of anti-Semitism on US college campuses in order to incite official crackdowns against Palestine solidarity activism were revealed earlier in the week during a political talk show hosted by prominent American journalist Chris Hedges. The author and a visiting Princeton university lecturer discussed the Israeli lobby with co-founder of the Electronic Intifada, Ali Abunimah and  journalist Max Blumenthal, on his talk show “On Contact”.

Discussing the Al Jazeera documentary on the workings of the Israeli lobby, the journalists described what they said was a “false crises” created by a network of pro-Israeli lobby groups working with Israel’s Ministry of Strategic Affairs and Israeli embassies “to lay a factual basis to make federal civil rights complaints or lawsuits that can then be used to force university administrations to muzzle students and teachers.”

In January 2015, painted swastikas were found on a Jewish frat house. Reifkind attempted to falsely implicate Palestine solidarity activists with the anti-Sematic incident despite telling journalists at the time, in the leaked Al Jazeera footage, that the racist graffiti had almost certainly not been done by pro-BDS students, but was likely the work of white supremacists from off campus.

On the show Blumenthal and Abunimah discuss the background to the film and how and why Qatar caved in to Israel lobby pressure not to air the documentary. They explain that the Saudi-led blockade against Qatar had pushed Doha into a corner. It was suggested that the motive for spiking the documentary was a desperate attempt to curry favour with the US and senior figures within the pro-Israeli lobby.

The three men discussed reasons for why the details uncovered in the documentary had not become a national scandal and picked up by the mainstream media. Abunimah said that the story has been starved of oxygen by mainstream media: “Imagine that, all other things being equal, this had been an undercover documentary revealing supposed Russian interference or Iranian interference or Canadian interference in US politics, and powerful groups had gone to work to suppress its broadcast, and then it leaked out, just that element – the suppression and the leak – should be front page news.”

Blumenthal said that the film reveals “a foreign government running a malign campaign against American citizens who are particularly progressive in order to prevent them from carrying out legal political activities in the United States.”

It exposes “military psychological warfare tactics being used against Americans by a foreign power,” Blumenthal adds.

They discussed the tactics the Israel embassy had deployed in targeting progress African-American organisations like Black Lives Matter. The anti-racism group’s growing popularity in the US and its vocal support for the Palestinian cause is viewed with trepidation by the pro-Israeli lobby that see it as a major strategic threat to Israel.

A key strategy of the pro-Israeli lobby, they said, was to have groups that support the Boycott, Divestment and Sanctions (BDS) campaign listed as hate groups. “The goal was to discredit the message by discrediting the messenger,” Abunimah said, adding “you can’t sell apartheid, ethnic cleansing and racial segregation”.

The pro-Israeli lobby is denounced as “completely morally bankrupt” and “desperate” for the appearance that it has grassroots support. Blumenthal cited cases from the documentary to expose the “astroturfed” protest as an indication of their desperation to appear legitimate.

The show also discusses how the base of the Democratic Party – particularly supporters of Senator Bernie Sanders – is continuing to embrace the struggle for Palestinian rights. Israel is losing the support of progressives in the US, they said, explaining that the American political base still supporting Israel is almost exclusively right-wing, Republican, pro-Trump and fundamentalist evangelical Christians.

Watch part one of the show here