PEDOGATE COVER-UP: Were these 41 sexually abused girls killed in an arson fire to silence them? PEDOGATE COVER-UP: Were these 41 sexually abused girls killed in an arson fire to silence them?

As fire swept through the classroom, the pleas from the 56 girls locked inside began to fade. Most were unconscious or worse by then, as an eerie silence replaced their panic-stricken shouts.

The police officers guarding the door – who had refused to unlock it despite the screams – waited nine minutes before stepping inside. They got water to cool down the scorching knob.

Inside, dozens of girls placed in the care of the Guatemalan state lay sprawled on the blackened floor. Forty one of them died. It was one of the deadliest tragedies in Guatemala since the end of its civil war decades ago, and it happened inside a group home for at-risk youth who had been put there by the government, supposedly for their own protection.

Now, nearly two years later, the trials against public officials accused of failing to prevent the deaths have all begun. But a review of more than two dozen case files of victims and survivors – along with interviews of family members, group home employees and public officials – reveals a pattern of physical, psychological and sexual abuse allegations at the facility stretching back for years.

Six children had previously died in the government-run home from 2012 through 2015, mostly from preventable health-related complications, officials said. The authorities are also looking into 25 episodes of abuse reported in the year before the fire.

Beyond that, several girls had told their relatives well before the tragedy that they were forced to have sex with older strangers, according to interviews with members of three different families. “When I went to see her a month before the fire, she begged me to get her out of the there; she said they were hurting her,” said Estelita de Jesus Chutan Urrias, a sister of one of the girls who died in the blaze. “She told me they were taking a few of the girls out at midnight, bathing them and dressing them and forcing them to sleep with strangers.”

The deaths are a reflection of the cruel passage to adulthood for many young girls in Guatemala, a journey often marked by poverty, violence and desperation. The nation has one of the highest child pregnancy rates, and homicides against women are among the worst in the world.

“To be a girl in Guatemala is a risk, it’s been this way for generations,” said Marwin Bautista, an undersecretary in the ministry of social welfare who oversees the group homes. “This was a failure in the institution. And to be honest, it didn’t just happen. It was the terrible result of years of neglect and problems.”

The disaster began with an escape attempt. Nearly 100 of the children in the state-run group home, known as the Virgin de Asuncion Hogar Seguro, had decided to flee en masse. But officials rounded them up and locked them inside the facility – the boys in an ample auditorium, the girls in a small classroom meant for only a few people. After hours of incarceration – in which the girls were not allowed to use the bathroom – someone lit a match, thinking a fire might force the police to let them out. 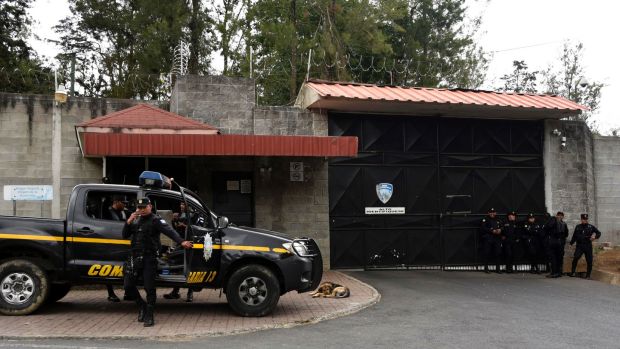 _
Instead, most of the girls died as more than a dozen police officers argued over whether their supervisor, standing 3 metres away, should unlock the door with the keys hanging from her belt. In that time, fire tore through the cheap polystyrene mattresses that the teenage girls had been given to sleep on, searing their flesh and muting their cries with noxious smoke.

The girls, who had broken no laws and posed no threat to society, were victims even before the fire. As survivors of sexual abuse, violence or abandonment – often at the hands of their own families – the government had assigned them to the institution for their own safety. In theory, the world outside posed the greatest threat to them.

“These are girls who had been abused, sometimes raped, by members of their own family,” said Norma Cruz, the director of Survivors, a group representing the families of nearly two dozen victims. “These girls were placed there for their protection.”

The Escape The Virgin de Asuncion Hogar Seguro was created for children with nowhere else to go. Opened in 2010, it housed boys and girls from infancy to 17 in a gated facility on the edges of the capital, Guatemala City.

Escape had long been a theme of the home. Between September and November of 2016 alone, more than 90 children ran away, according to prosecutors who have charged more than a dozen officials in connection with the fire.

Local journalists had recounted harrowing reports of abuse inside the home as far back as 2013 – rotten food, filthy bedsheets that caused skin diseases, violent orderlies. Then, in February of 2017, another batch of children began planning their own escape.

It began on Valentine’s Day, when the children were allowed to mingle. Scores of boys and girls agreed on a day to flee, but word of the plot began to leak. Around lunchtime on March 7th, two girls faked a fight in the cafeteria, drawing the orderlies into the fracas.

The others ran. Nearly 100 in all, they scaled the walls of the outer building and jumped into a ravine, a few injuring themselves in the fall. They scattered across a creek, taking off in different directions. By 2.30pm, authorities had caught them and brought them back to the home, where they were kept outside in the cold for hours as officials debated what to do.

Under protocol, authorities had to wait for a magistrate to arrive and decide how to proceed, officials said. But the magistrate never showed, despite receiving numerous calls demanding her presence. Her trial began this week. 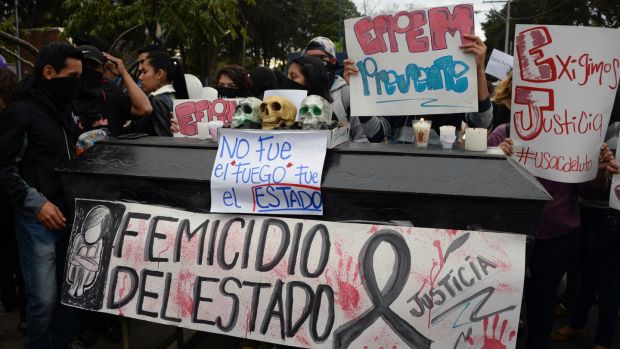 _
Around midnight, the officials decided to lock up the children until the judge arrived. The girls, 56 of them, were crammed into a room of less than 46sq m and given 23 polystyrene mattresses to share. One girl had fractured her pelvis in the escape attempt. Another was pregnant, though neither she nor the administrators knew it at the time.

Fifteen female police officers were put in charge, given the keys to the locked classroom and instructed to let no one out, officials said. At 6 am, still cold and wet, the girls began to complain. They needed to use the bathroom. Without recourse, they stood up two mattresses to create a makeshift latrine. Hours passed.

Then one girl, fed up, lit a match, hoping to force the police into opening the door. The officer in charge later told prosecutors that she risked her life to save the children. But phone records obtained by investigators show that she was busy dialling numbers from her phone, and witnesses say she dismissed the urgency to her subordinates.

“They escaped once today,” she said, according to testimony from five witnesses. “Let them escape again if they’re so tough.” – New York Times