With most of the world distracted by President Trump’s second summit meeting with Kim Jong Un in Hanoi, tensions between two nuclear-armed powers flared roughly 2,000 miles West in the contested border region of Kashmir.

In retaliation for one of the deadliest terror attacks in the history of the long-running Kashmiri insurgency – earlier this month, a Muslim ‘mujahidin’ drove a car loaded with explosives into a bus packed with Indian paramilitary soldiers, killing more than 40 – Indian fighter jets carried out a tactical strike on what the Indian government described as a training camp for the militant group Jaish-e-Mohammed (JeM), killing more than 300 militants and infuriating the government in Islamabad, which condemned the attack and insinuated that it could launch a counter-strike of its own, with Prime Minister Imran Khan warning the nation of 200 million and its armed forces to “remain prepared for all eventualities.”

Indian Foreign Secretary Vijay Gokhale, however, asserted that the jets had hit their target, and that “a very large number of JeM terrorists, trainers, senior commanders and groups of jihadis who were being trained for fidayeen action were eliminated”.

“The government of India is firmly and resolutely committed to taking all necessary measures to fight the menace of terrorism,” he told reporters in New Delhi. “Hence this non-military pre-emptive action was specifically targeted at the Jaish-e-Mohammed camp.”

“The last time the Indian Air Force crossed the line of control intentionally and publicly to conduct air strikes was 1971,” Vipin Narang, an associate professor of political science at MIT said via email, referring to the last Indo-Pakistan war.

…And the strike also marked the first time that Indian air forces had attacked a “terrorist target” on Pakistani territory.

C Uday Bhaskar, the director of the Society for Policy Studies based in New Delhi, said: “India has sent a very firm signal.”

“The fact that air power has been used for the first time against a terrorist target to my mind signalled to Pakistan that India is demonstrating resolve in terms of using military power, particularly air power,” he said.

In response to the Feb. 14 terror attack that initially sent tensions soaring, the Indian Army said earlier on Feb. 19 that it had killed a JeM leader in Kashmir who was a Pakistani national with links to the ISI, Pakistan’s intelligence service. Pakistan has denied any links.

Bloomberg described the attack as “the worst escalation” between the two countries since 2001, when India and Pakistan moved ballistic missiles and troops to the contested border following an attack on India’s parliament in New Delhi.

“India has committed aggression against Pakistan today – I will call it a grave aggression,” Qureshi said.

Anybody who needs a refresher on the roots of the Kashmir conflict should watch this video from Al Jazeera:

Though the region is majority Muslim, India controls two-thirds of Kashmir: 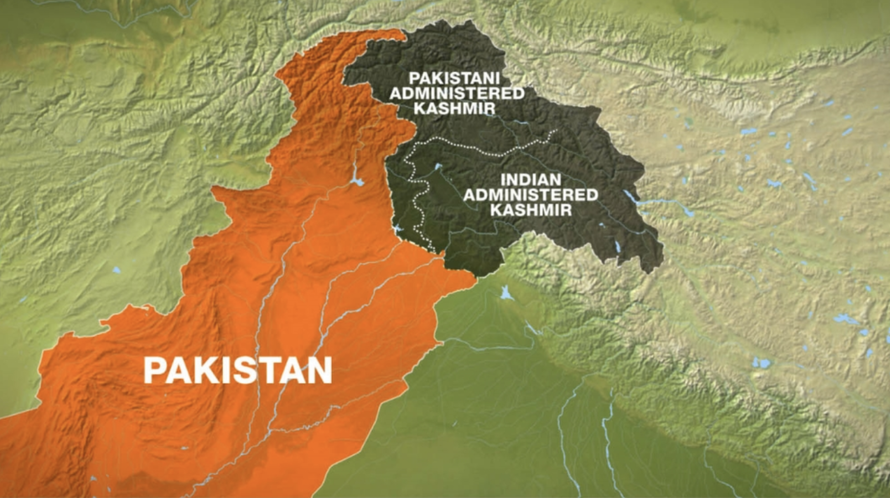 As we reported earlier, Rand Corp estimated a decade ago that a nuclear exchange between India and Pakistan would kill two million people immediately, and another 100 million during the ensuing weeks. Major water sources in the two countries would be contaminated. Clouds of radioactive dust would blow around the globe.

And there are a few key aggravating factors that differentiate this incident between other recent flareups along South Asia’s most contentious border: Looming elections in India have made the Hindu nationalist government in New Delhi fearful of being perceived as “soft” on Muslim terrorists. And in response to India’s clearly superior conventional weapons heft, Pakistan has refused to rule out the possibility of using tactical nuclear weapons if confronted with a superior military threat. 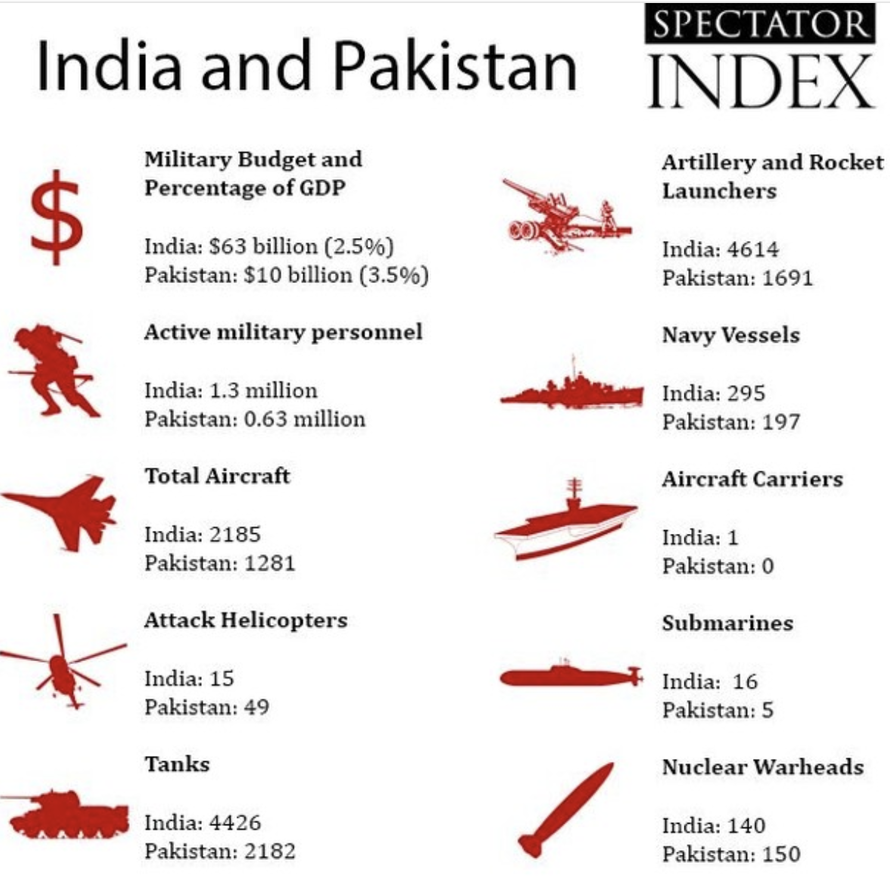 And with that, the world inches closer and closer to all-out nuclear war.