Did the U.S. use Gladio to carry out Kashmir terrorist attack to punish India for buying Venezuelan oil?

Did the U.S. use Gladio to carry out Kashmir terrorist attack to punish India for buying Venezuelan oil?

The Times of India

SRINAGAR: At least 40 CRPF personnel were killed on Thursday in one of the deadliest terror attacks in Jammu and Kashmir when a Jaish suicide bomber rammed a vehicle carrying over 100 kg of explosives into their bus in Pulwamadistrict that also left many critically wounded, officials said.

More than 2,500 Central Reserve Police Force personnel, many of them returning from leave to rejoin duty in the Valley, were travelling in the convoy of 78 vehicles when they were ambushed on the Srinagar-Jammu highway at Latoomode in Awantipora in south Kashmir around 3.15 pm. 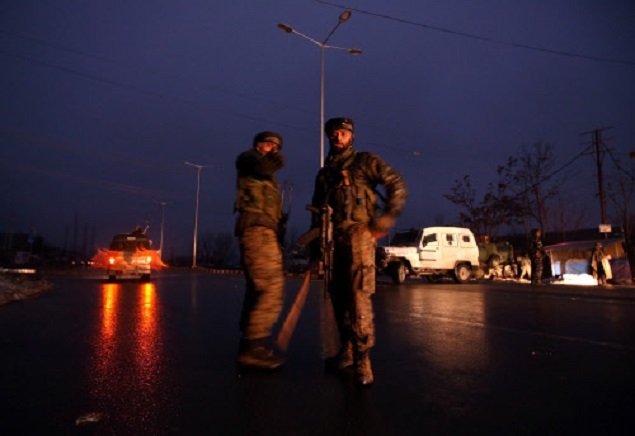 The Pakistan-based Jaish-e-Mohammed terror group has claimed responsibility for the attack that took place about 20 km from Srinagar, officials said.

Police identified the suicide bomber as Adil Ahmed, who officials said joined the Jaish in 2018.

He was driving a vehicle packed with over 300 kg of explosives on the wrong side of the road and hit the bus, in which 39-44 personnel were travelling, head-on, an official at the spot said.

“There are no survivors from the bus,” he said, adding that they were yet to ascertain exactly how many people were on the bus.

Condemning the terrorist attack, Prime Minister Narendra Modi said that the sacrifice of the brave security personnel will not go in vain.

Attack on CRPF personnel in Pulwama is despicable. I strongly condemn this dastardly attack. The sacrifices of our brave security personnel shall not go in vain. The entire nation stands shoulder to shoulder with the families of the brave martyrs. May the injured recover quickly.

The powerful explosion, which reduced the bus to a mangled heap of iron, was heard many kilometres away, including in some parts of Srinagar adjoining Pulwama district.

Body parts could be seen strewn around the area.

Officials said 38 CRPF personnel have lost their lives and some others are critical. They refused to give an exact number for those injured.

“The bodies are dismembered and mutilated making it difficult for doctors to give the exact number of casualties,” a senior security establishment official told PTI in Delhi.

The bus that was the focus of the attack belongs to the 76th battalion of the force. 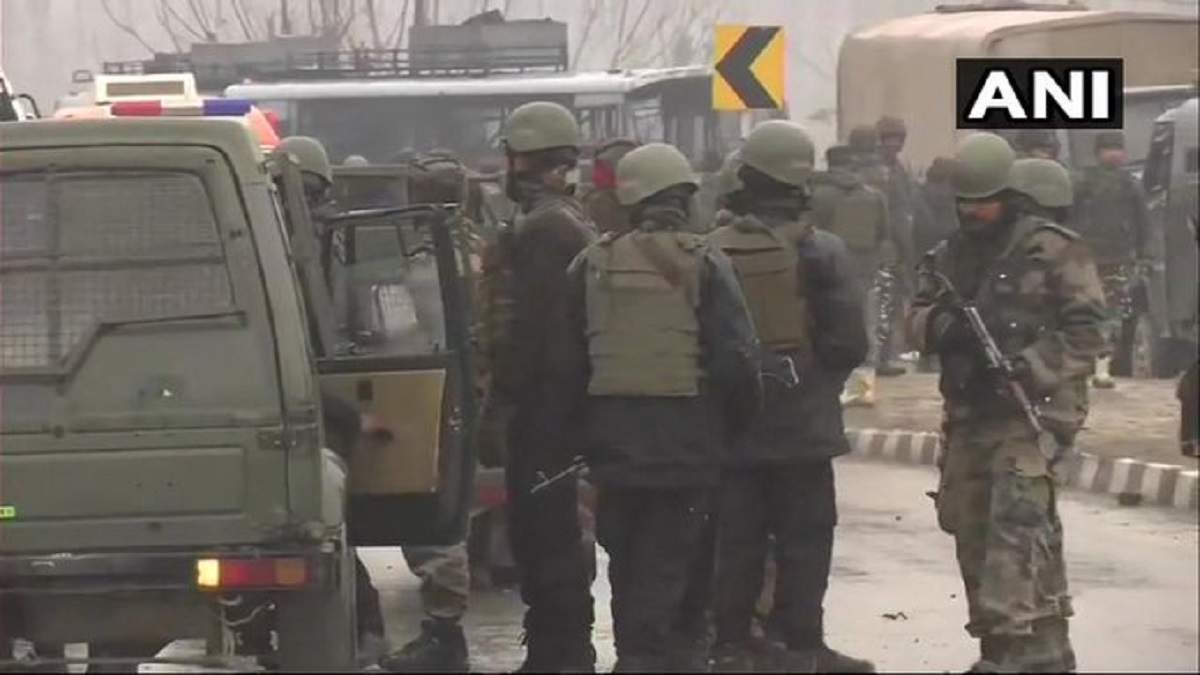 Pulwama terror attack: What we know so far

Over 20 people were injured in the terror attack, which reduced the bus to a mangled heap of iron. Several other buses were damaged in the attack.

Body parts could be seen strewn around the area.

“It was a large convoy and about 2,500 personnel were travelling in multiple vehicles. Some shots were also fired at the convoy,” CRPF DG RR Bhatnagar told PTI.

The convoy started from Jammu around 3.30 am and was supposed to reach Srinagar before sunset, officials said.

“It was a large convoy and about 2,500 personnel were travelling in multiple vehicles. Some shots were also fired at the convoy,” CRPF DG R R Bhatnagar told PTI. 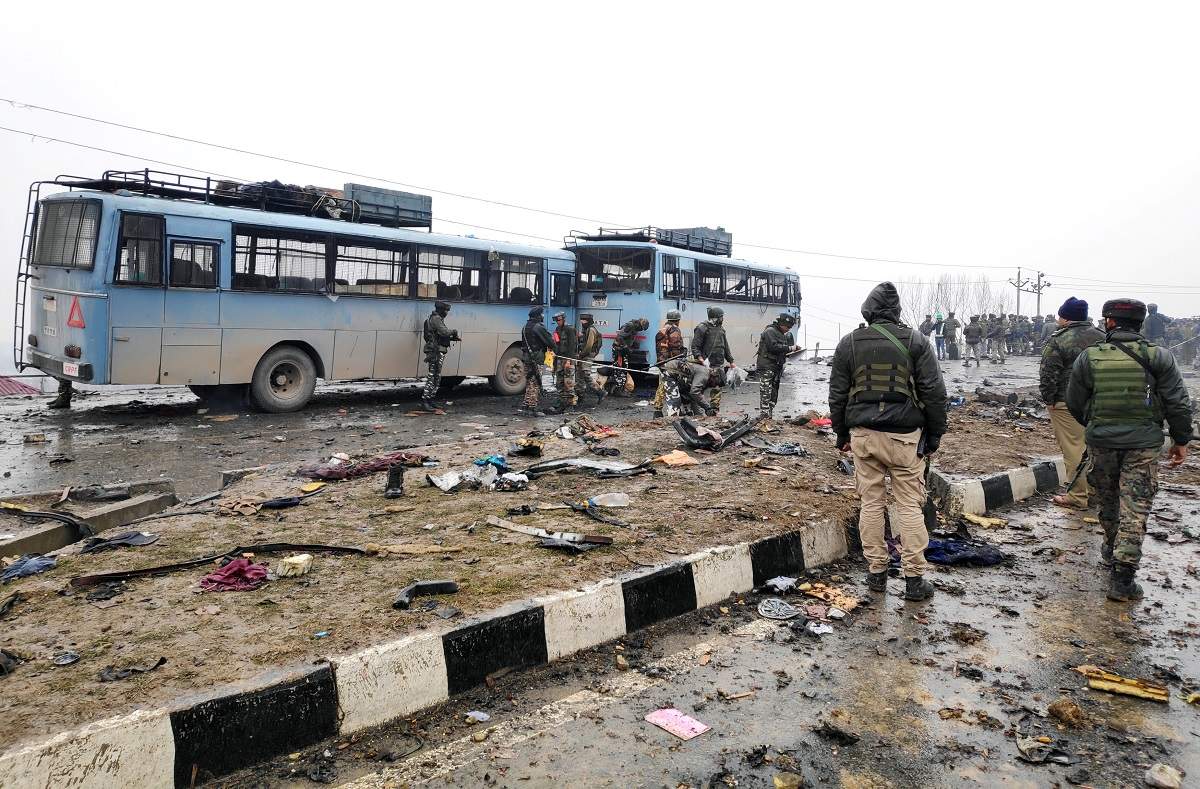 The Cabinet Committee on Security will meet Friday morning to discuss the security situation in Jammu and Kashmir against the backdrop of the attack, sources said.

Prime Minister Narendra Modi, who spoke to Union Home Minister Rajnath Singh and top officials after the attack, termed it despicable and asserted that the sacrifices of security personnel will not go in vain.

In a statement , Singh said the government is determined to foil the designs of those who want to disrupt peace through such a terror attack “sponsored and sheltered by Pakistan”.

“Jaish-e-Mohammed has carried out this terror attack. We assure the country that we will undertake whatever it takes to avenge this,” he said. 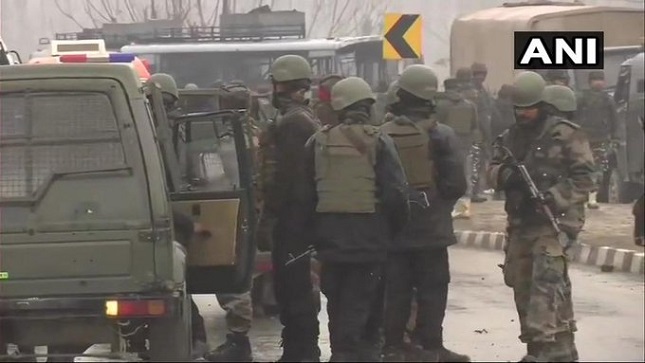 His deputy Kiren Rijiju said the “cowardly” attack will not go unpunished and it will be avenged in “all way possible”.

The convoy had started from Jammu around 3.30 am and was supposed to reach Srinagar before sunset, officials said.

The number of personnel travelling back to the Valley was high as there was no movement on the highway for the last two to three days because of bad weather and other administrative reasons, they said.

Usually, about 1,000 personnel are part of a convoy but this time it was a total of 2,547 personnel.

A road opening party was deployed and the convoy had armoured counter-terror vehicles, officials said.

As news of the magnitude of the attack came in, political leaders from across the spectrum spoke out in condemnation and to condole the deaths of the security personnel.

Congress president Rahul Gandhi said he was deeply disturbed by the cowardly attack on the convoy in which so many CRPF men were killed.

Stating that he was “pained beyond words”, BJP chief Amit Shah described the terror strike as an “act of cowardice” and asserted that security forces will defeat those involved in terrorist activities.

“Our forces will remain firm against such acts of terror and defeat them,” he said on Twitter.

Singh, who also spoke to Governor Satya Pal Malik and took stock of the situation, cancelled his engagements in Bihar on Friday. Union Home Secretary Rajiv Gauba cut short his visit to Bhutan.

A team of the National Investigation Agency and National Security Guards will leave for Kashmir on Friday morning to assist in the investigation.

This was the first suicide car bomb attack in Kashmir since the 2001 strike on the Jammu and Kashmir Legislative Assembly in which 41 people, including three suicide attackers, were killed.

The scene of Thursday’s attack is not very far from the Commando Training Centre at Lethpora, which was stormed by Jaish militants on December 31, 2017, killing five CRPF personnel.

The Srinagar-Jammu national highway has been a favoured route for militants to target security forces.

The CRPF bore the brunt of a militant attack at Pampore, less than seven kilometres from Lethpora, in June 2016, losing eight jawans while 22 others sustained injuries.