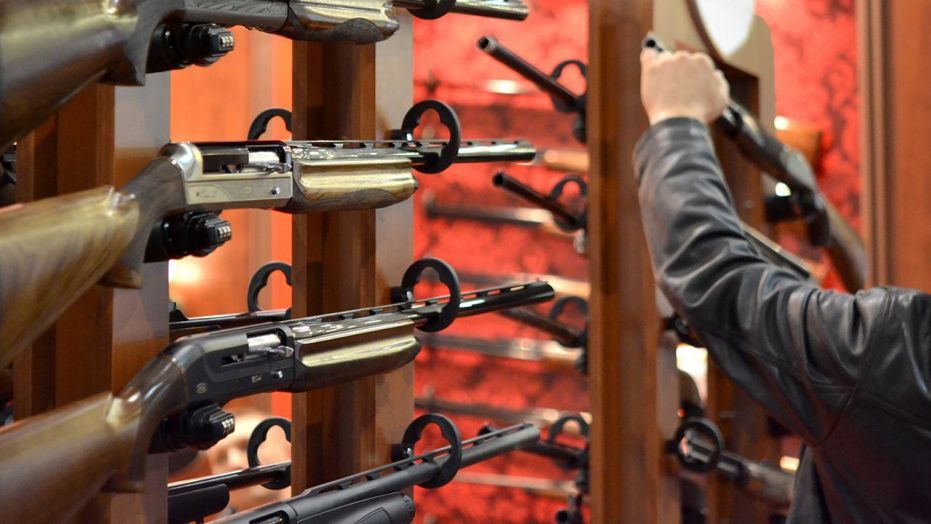 By Gregg Re | Fox News

Illinois Democrats want to pass a new bill that would make gun buyers share their pubic social media accounts to police before granting them a firearm license. The bill’s proponents point to Nikolas Cruz, the Parkland High School shooter, and Robert Bowers, the Pittsburgh Synagogue shooter, who both posted troubling comments before going on a rampage and killing innocent people.

The House Judiciary Committee voted in favor of the bill 23-15, in a strict party-line vote, sending it to the House floor. If approved by the full House, the bill would be the most significant gun-control legislation approved by either chamber of Congress in at least a decade — although it stands little chance of passage in the Senate, where Republicans command a slim majority.

Republicans in the House charged that H.R. 8, known as “The Bipartisan Background Checks Act of 2019,” should have included Florida Rep. Greg Steube’s proposed amendment to require that law enforcement be notified “when an individual attempting to purchase a firearm fails a federal background check.” (H.R. 8 was numbered in honor of former Arizona Rep. Gabby Giffords, who was shot in Arizona on Jan. 8, 2011 by a mentally ill gunman.)

“Clearly, the Democrats on the House Judiciary Committee don’t care about preventing gun violence, they simply are playing politics with Americans’ Second Amendment rights,” Steube, a Republican, said after the vote. “The fact that Democrats do not want law enforcement notified if an individual attempting to purchase a firearm fails a background check is truly troubling.”

He continued: “In rejecting this amendment, the Democrats have shown their true colors. It is clear they are not interested in preventing gun violence or stopping the illegal purchase of firearms, but rather they are only interested in limiting the rights of law-abiding citizens to advance their own political agenda.”

Wednesday’s vote came a day before the one-year anniversary of the high school shootingin Parkland, Florida, that killed 17 people. However, Steube dismissed arguments that the massacre necessitated the new legislation.

Democrats hate ICE so much, they would prefer to keep ICE from knowing when illegals try to get guns. https://t.co/S5r6fJva9z

“Democrats in the Judiciary Committee just voted against notifying ICE when an illegal alien fails a background check to buy a gun,” Gaetz wrote on Twitter. “They hate ICE so much that they’d keep ICE in the dark when illegals try to get guns!”

The vote on the bill came after a contentious, daylong hearing in which Republicans offered a series of other amendments in addition to Steube’s proposal, all of which were blocked by Democrats. Among the rejected amendments were some seeking to address background check fees, which Republicans said could be unduly burdensome for family members trying to transfer guns to relatives.

Republicans said they were ready to offer additional amendments when Judiciary Chairman Jerry Nadler, D-N.Y., shut off debate around 8 p.m., 10 hours after the hearing began.

“Our country is awash in guns, and we have the shameful death toll to show for it,” he said.

Rep. Doug Collins of Georgia, the panel’s senior Republican, called Nadler’s action “disturbing” and said it did not bode well for the two-year congressional session.

In this Feb. 8, 2019, photo, House Judiciary Committee Chairman Jerrold Nadler, D-N.Y., gestures during questioning of acting Attorney General Matthew Whitaker on Capitol Hill in Washington. A key House committee has approved a bill to require background checks for all sales and transfers of firearms, a first by majority Democrats to tighten gun laws after eight years of Republican rule. (AP Photo/J. Scott Applewhite)

“If this is the way the chairman wants to begin this session of Congress, I really wonder where we go from here” and whether the two parties can work together, Collins said.

But Democrats said Republicans were delaying a vote on the bill because they oppose universal background checks for gun purchases.

At one point, Steube displayed a large cup that read, “The Second Amendment is my gun permit.”

Democrats have pledged additional gun legislation, including restrictions on high-capacity magazines and a measure to allow temporary removal of guns from people deemed an imminent risk to themselves or others.

Meanwhile, fellow freshman Rep. Madeleine Dean, D-Pa., said lawmakers “know background checks work, that they save lives, and yet we need to close loopholes” that allow some private purchases and transfers to be made without background checks.

“They hate ICE so much that they’d keep ICE in the dark when illegals try to get guns!”

Instead of working with Democrats, “Republicans are adding more loopholes, which is shameful,” Dean said.

However, earlier this month, gun violence experts from the Center for Gun Policy and Research and the Violence Prevention Research Program conducted a study in Washington state, Colorado and Delaware to analyze whether state laws requiring more background checks actually resulted in more checks.

Delaware was the only state that saw apparent results, with an increase ranging from 22 to 34 percent based on the type of firearm. But according to the study, “no overall changes were observed in Washington and Colorado.”

The study said data “external to the study” suggested Washington saw a “modest, but consistent” increase in background checks for private-party sales, and Colorado saw a similar increase in checks for non-gun show sales.

The push comes as reports emerged that an initial background check five years ago failed to flag an out-of-state felony conviction that would have prevented a man from buying the gun he used to kill five co-workers and wound six other people, including five responding police officers, at a suburban Chicago manufacturing plant this week, authorities say.

Gary Martin, who was killed in a shootout with officers Friday, ending his deadly rampage at the Henry Pratt Co. in Aurora, was issued a firearm owner’s identification card in January 2014 after a background check failed to show a 1995 aggravated assault conviction in Mississippi, Aurora police Chief Kristen Ziman said Saturday.

He bought the Smith & Wesson handgun he used in Friday’s attack two months later, on March 11, 2014, she said. Five days after that, he applied for a concealed carry permit, which included a more rigorous background check that used digital fingerprinting and that did flag his Mississippi felony conviction, which led the Illinois State Police to revoke his permit.

Separately, Republicans pushed to allow exceptions for victims of domestic violence and transfers among family members, but were dismissed by Democrats.

Rep. Lucy McBath, D-Ga., a freshman whose son was killed by gun violence, said she has been working on gun legislation since his death more than six years ago.

“As a survivor of gun violence myself, I refuse to let my colleagues stand here and devalue the importance that this bill has,” she said.

And Rep. Ted Deutch, D-Fla., said that while the bill “can’t bring back” any of those killed in Parkland or other shootings, it will help reduce gun violence.

“If this legislation prevents one person wishing to do harm to others with a gun from doing that, it will be something we can be proud of,” he said.

Fox News’ Brooke Singman and The Associated Press contributed to this report.