Are the geoengineers zapping the Antarctic to falsely portray a Global Warming scenario? 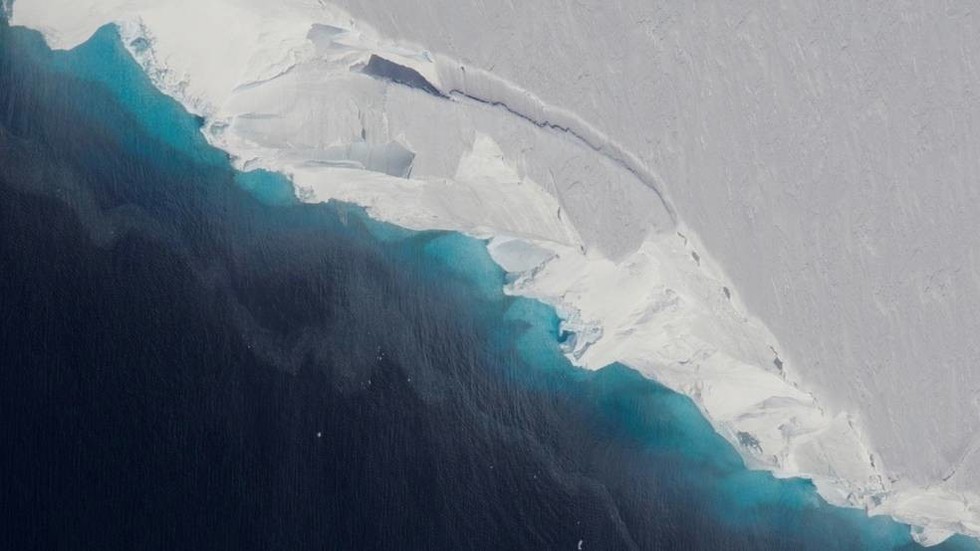 Are the geoengineers zapping the Antarctic to falsely portray a Global Warming scenario?

NASA has made a “disturbing discovery” while surveying the Thwaites Glacier in Antarctica: a massive 1,000-foot (300-meter) tall cavern that’s roughly two-thirds the size of Manhattan.

The Antarctic consists of vast swathes of ice and snow held together by an array of glaciers and massive ice shelves. NASA’s Operation IceBridge surveys the world’s poles to determine the link between polar melt and climate change. This cavern is estimated to have once contained 14 billion tons of ice but, alarmingly, “most of that ice melted over the last three years”according to NASA scientists.

“We have suspected for years that Thwaites was not tightly attached to the bedrock beneath it,” said Eric Rignot of the University of California, Irvine, and NASA’s Jet Propulsion Laboratory.

NASA’s Operation IceBridge, launched in 2010, uses ice-penetrating radar to measure the rate of melting in some of the most remote and inhospitable regions in the world.

To put it into a sobering context, the entire glacier “holds enough ice to raise the world ocean a little over two feet (65 centimeters).”The melting in Thwaites Glacier, approximately the size of Florida in the US, contributes four percent of global sea level rise each year.

Snow ❄️ brings the cryosphere beyond Earth’s polar regions. It’s an important source of freshwater 💧 around the globe. #NASAExplorers 🌎❄️ study snow cover from the air ✈️ and the ground.

And if all the ice in neighboring glaciers were to melt, it would raise global sea levels by approximately eight feet (2.4 meters), which would spell disaster for the majority of the world’s coastal populations, accounting for upwards of 80 percent of the entire human population.