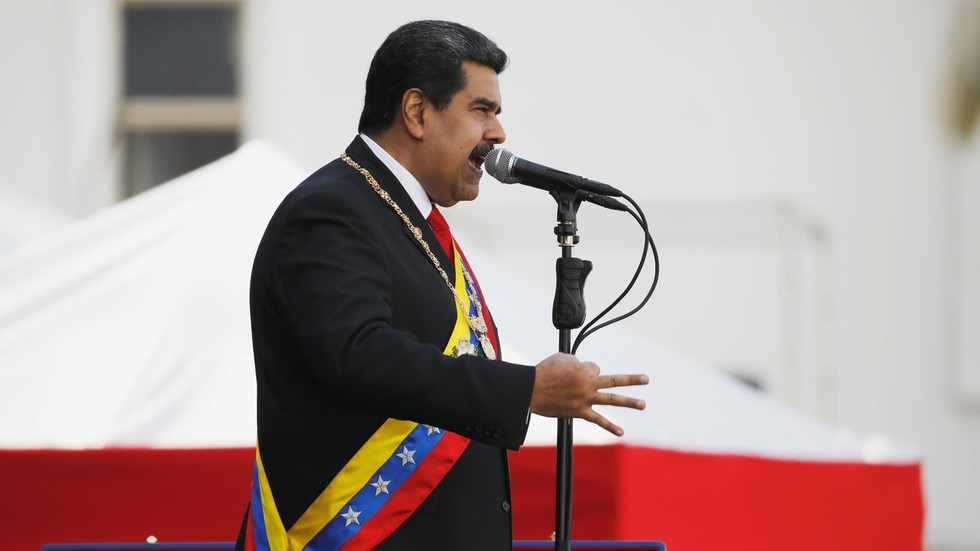 Venezuelan President Nicolas Maduro has claimed that Donald Trump ordered the Colombian government and mafia to assassinate him, but insisted that he’s well protected from the threat of assassination.

Maduro, however, expressed confidence in his country’s security services.

“I am always protected by the Venezuelan people, we have a good intelligence service,” he said.

“For all these years, I have been trying on a personal level [to establish dialogue] … But Bolton prevented Donald Trump from initiating a dialogue with Nicolas Maduro. I have the information that he has prohibited this,” Maduro said.Maduro also claimed that White House National Security Adviser John Bolton has prevented Trump from communicating with the Venezuelan government. The Venezuelan president told RIA Novosti that he has repeatedly tried – but failed – to reach out to the US leader.

Maduro and his government are currently being challenged by Juan Guaido, the US-backed leader of the country’s National Assembly. Guaido declared himself interim president last week, and has received open support from Washington and its Western allies.