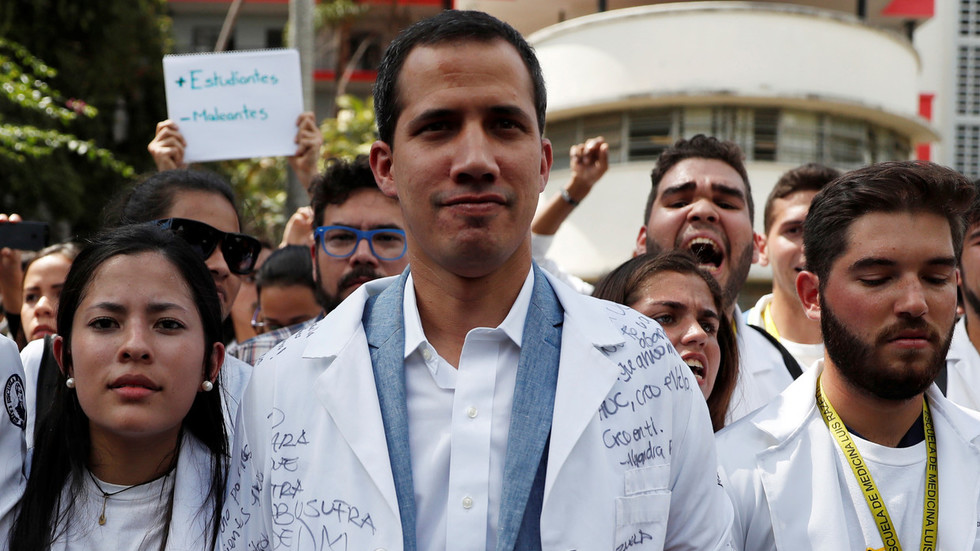 he European Parliament voted to recognize opposition leader Juan Guaido as the legitimate interim president of Venezuela and urged EU leaders to do the same.

The resolution, voted on Thursday, called on the EU leadership to adopt “a strong, unified stance,” and recognize Guaido as the “only legitimate” interim president of the South American nation until new elections are held to “restore democracy.”

The MEPs also pledged “full support” for Venezuela’s opposition-controlled parliament, the National Assembly, urging the EU states to “accredit” the envoys appointed by the opposition.

Guaido thanked the European Parliament for the vote. “We made a big step in our fight for democracy,” he wrote on Twitter.

Maduro firmly rejected the ultimatum, saying that the EU nations have no right to make such demands and the election will take place, as scheduled, in 2025.

States such as Russia, China, Iran and Turkey continue to recognize Nicolas Maduro as Venezuela’s democratically-elected president. Moscow stressed that all nations should respect Venezuela’s sovereignty and vowed to defend its national interests in the country “with all mechanisms available.”Parliament speaker Juan Guaido declared himself interim president last week, in opposition to Maduro who ruled Venezuela since 2013. Guaido was instantly endorsed by the US and subsequently recognized as the sole legitimate ruler by Canada and the majority of South American countries, including neighboring Colombia and Brazil.

Over the years, Venezuela has been plagued by a severe economic crisis that led to numerous protests, some of which descended into violent clashes with police. Maduro accused the US of stoking protests against the government, as well as harboring plots to oust or assassinate him.