This is exactly why NSA Bolton is so dangerous and shouldn’t be in government! 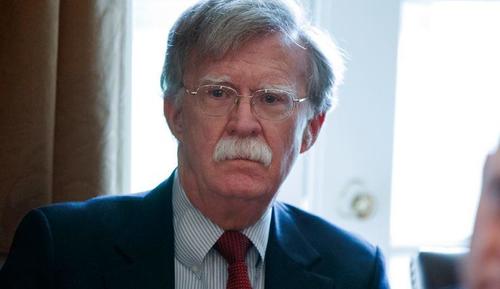 This is exactly why NSA Bolton is so dangerous and shouldn’t be in government!

During an interview with NPR’s Morning Edition, National Security Advisor John Bolton revealed that he knew in advance that Canadian police were preparing to arrest Huawei CFO Wanzhou Meng, meaning that Bolton knew that Meng was being taken into custody when he sat down alongside President Trump for Saturday’s dinner trade talks with Chinese President Xi Jinping.

However, Bolton said he was “unsure” whether Trump was aware of the arrest. We reported last night that Wanzhou was arrested in Canada and will likely be extradited to the US following an investigation into suspected violations of US sanctions against trade with Iran. The arrest is widely believed to be driving Thursday’s selloff, as it will likely throw a wrench in the works of trade talks with China (last night, we noted that Wanzhou’s arrest would be equivalent to China arresting the daughter of Tim Cook or Jeff Bezos).

Bolton also claimed that the US isn’t “aiming” at pushing for changes in China’s “political structure.” But if changes do result from China opening up its economy…well…that wouldn’t necessarily be a bad thing.