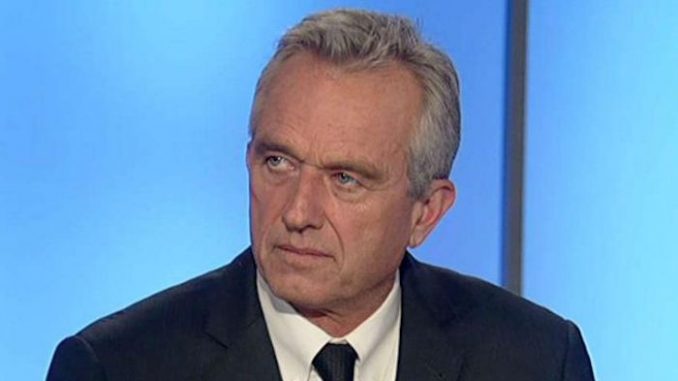 Explaining to Tucker Carlson that this was only the second time he had ever been allowed to talk about vaccine safety on TV, Robert F. Kennedy Jr. launched into a powerful attack on the vaccine industry, comparing it to a lawless mafia state.

“The pharmaceutical industry is so powerful,” he explained. “They give $5.4 billion a year to the media. They’ve gotten rid of the lawyers, so there is no legal interest in those cases. They have really been able to control the debate and silence people like me.“

Asked how things could get this bad, Robert F. Kennedy Jr. explained that Congress granted Big Pharma “blanket legal immunity” when it comes to vaccines.

Big Pharma became a law unto themselves. They can put toxic ingredients in your vaccines, they can seriously injure your child – but you cannot sue them.

“What you have to understand is that the vaccine regimen changed dramatically around 1989. The reason it changed, Tucker, is that Congress, drowning in pharmaceutical industry money, did something they have never done for any other industry – they gave blanket legal immunity to all the vaccine companies.

The enormous profits in the unregulated industry meant Big Pharma companies raced each other to produce new and unnecessary vaccines to pump into newborn children – often dozens at a time.

“It became a gold rush for the pharmaceutical industry to add new vaccines to the spectrum.”

But at what cost? The vaccine industry, operating under their own rules – or rather, complete absence of rules – is making it impossible for us to find out the facts. President Trump has long called for an independent inquiry into vaccine safety. Robert F. Kennedy Jr. is calling for the same.

“I got three vaccines and I was fully compliant. I’m 63 years old. My children got 69 doses of 16 vaccines to be compliant. And a lot of these vaccines aren’t even for communicable diseases. Like Hepatitis B, which comes from unprotected sex, or using or sharing needles – why do we give that to a child on the first day of their life? And it was loaded with mercury.”

Tucker asked, “We do give that to children?“

“We continue to give it to them. The mercury has been taken out of three vaccines, but it remains in the flu vaccine, and it is still in vaccines all over the world. And it is the most potent neurotoxin known to man that is not radioactive.”

“How can we inject that into a child?“

“If you take that vaccine vial and break it, you have to dispose of that as hazardous waste. You have to evacuate the building. Why would you take that and inject it into a child?”

But he wasn’t finished there. RJK Jr. also took aim at Bill Gates, who recently admitted that he told President Trump “there is no need” for an independent inquiry into the safety of vaccines because he has “looked at it” and they are “completely safe.”

Citing a new independent study, funded by the Danish government, which examined the safety of the Tdap vaccine when given to African children, Robert F. Kennedy Jr. left jaws on the floor when he revealed that the vaccine, pushed on African children by Gates, kills more people than the diseases it is supposed to protect against.

“Virtually every kid in Africa gets it. What they found…they did a vaccinated versus non-vaccinated study, which has never been done…what they concluded was…they said that vaccine is killing more people than Diphtheria, Pertussis, and Tetanus combined (for which the Tdap vaccinated).”

The kids who got the vaccine were “ten times more likely to die from the vaccine” in the two months following the vaccination, than those children who did not receive the vaccine.

“So we need to do these cost/benefit analyses on every vaccine.”

Tucker then asked the question that gave RFK Jr. the opportunity to explain how Big Pharma has marginalized anybody who dares raise questions about anything that could impact their massive profits:

“So why has the point that you are making, that doesn’t seem crazy, been so discredited?“

Robert F. Kennedy Jr. replied: “I’m called anti-vax all the time because the pharmaceutical industry is so powerful. They give $5.4 billion a year to the media. They’ve gotten rid of the lawyers, so there is no legal interest in those cases. They have really been able to control the debate and silence people like me. So I’m really grateful to you, for having the courage to allow me on the show to talk about this. This is the second show in 10 years that has allowed me to talk about this.

“We ought to be having a responsible debate. A debate that is real, that is based on science.”