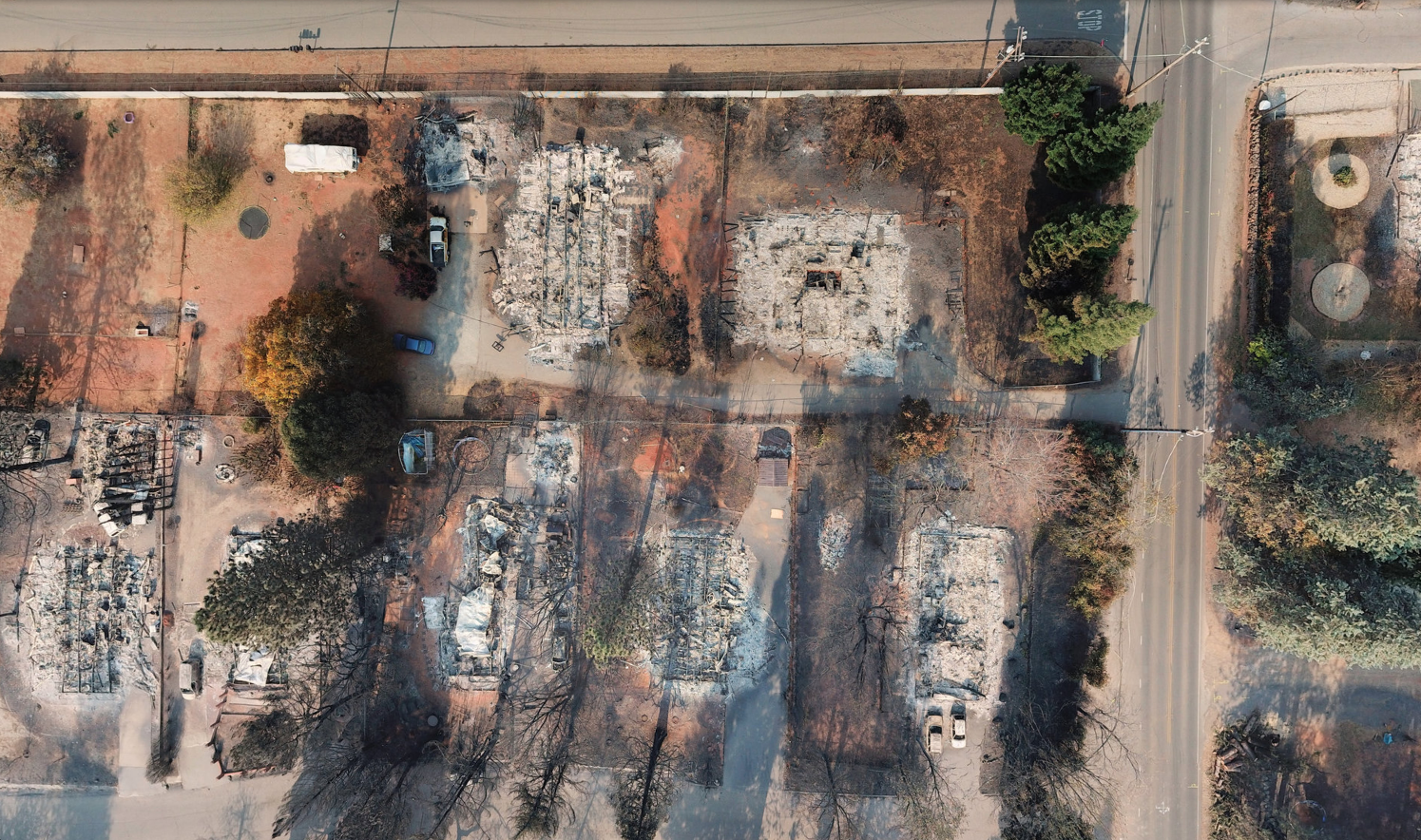 A forest fire where the trees don’t burn—what’s wrong with these pictures? How does the state of California explain this “wildfire” that ONLY burned buildings, not forests? Is Governor Brown even investigating these DEW-triggered arson fires?

*Click on both photos to enlarge the crime scene.

Thank you for publishing my previous email to you on Nov. 11, 2018 on the “Camp fire in Paradise, California.”

“The Campfire in Paradise”—doesn’t that sound quaint,  Where are the marshmallows?  Lets have a camp fire in Paradise!  These murdering psychopaths flaunt their depravity in everything they do!

I got these links below from a friend whose son was a fireman for the fires in Paradise, although he was not the source of the pictures?

“Some amazing photos! The miracle of a forest fire that burns only houses.”

These are 360º photos that were probably taken by a drone after the fires.

Did the homes that didn’t burn have smart meters?  Were they protected because they had an exterior roof of metal over their homes making smart meters invisible from the air?

According to Gov. Brown, “this looks like a war zone!”   Really, Jerry, I think it is a war zone as were all the other fires this year and last, and it’s a scorched earth war against the people of California.

He says “this is the new normal”, and I say he is nothing more than an insane Jesuit sock puppet, there is nothing normal about these fires!  What is normal about fires fueled by nano-particles of aluminum sprayed continuously for 5 days prior to the fires and then ignited by directed energy weapons from drones or satellites?

I call it state-sponsored terrorism, using weapons of mass destruction by a rogue insane government and military psychopaths!

Does this look like normal to you?  The fires may be out but the destruction will be visible for decades!

And my final questions are: Why was the NASA satellite looking at that area of California at that time on that day?

Did someone have prior knowledge?

Was it part of the targeting platform? Wow! Buildings vaporized but the forest is completely untouched by the raging inferno?!