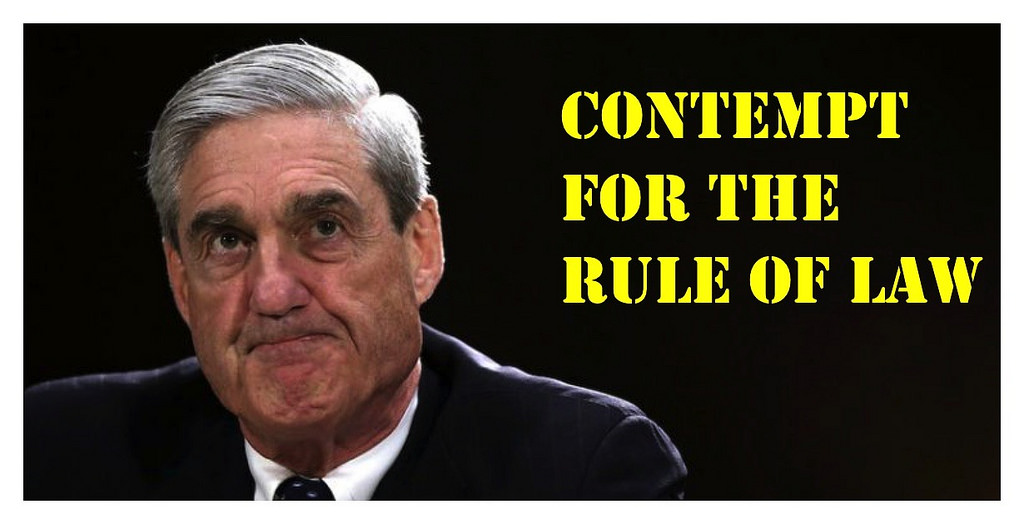 Are the Investigations the Cover-Up?

Those of us who have been paying attention know that serious crimes were committed at the highest levels of government in an attempt to exonerate Hillary Clinton and frame Donald Trump.  There was collusion between government agencies, including collusion with foreign agents, to illegally influence the 2016 Presidential election.  There is enough evidence on the table to be confident of these claims.

We have been assured that there are several investigations looking into the various aspect of this abuse of power.  Inspector General Michael Horowitz, prosecutor John Huber, and others are looking into the corruption.  Mueller is supposedly tasked with exposing foreign influence on the Presidential election.

Peter Strzok, Andrew McCabe and others discussed the need for an “insurance policy” in case Trump won.  Was this “insurance policy” intended to protect deep-state criminals from exposure?  Mueller’s role is not to investigate collusion with foreign agents, or he would be investigating Christopher Steele and his Russian sources, along with the foreigners who worked with our government to infiltrate the Trump campaign.  He would investigate the illegal funding of Steele’s lies and how the lies were fed to the public by ‘bad cops’ and complicit media.  This is obviously not the goal of Mueller’s team.

Mueller’s key role is to have nearly absolute control over what information is released to investigators or the public.  Mueller determines what Horowitz and Huber can see. Mueller can hide anythinghe wants by claiming that release of the information would hinder his ‘investigation’.  He has given Rod Rosenstein a list of lines of inquiry that will not be allowed.  Rosenstein, who volunteered to be part of the soft coup, is happy to comply.  We have witnessed Rosenstein repeatedly refuse to turn over documents to Congress, flagrantly obstructing its oversight role.

What is the most effective way to hide the truth and protect the deep-state criminals? It’s the never-ending Mueller investigation.  Sure, Mueller’s team is still in the business of promoting the Trump-Russia fiction, but the most important role of this ‘investigation’ may be to obstruct any real investigation.

Conspiracy theories become conspiracy facts when enough evidence piles up to support the theory.  Consider this evidence, starting before the election:

Inspector General Horowitz’s June report had the goal of soft-peddling criminal behavior.  The report said that some unfortunate things were done, but there was no reason to think that bias played a key role in important decisions.  It did not find fault with things like granting immunity to the man who lied to the FBI and destroyed Hillary’s illegal server.  As we have learned, lying to the FBI can be fine, depending on who does the lying.  Destroying subpoenaed evidence is okay too, at times.

Horowitz’ public statement about his toothless report was followed by FBI Director Christopher Wray telling us not to worry about a thing because he intended to schedule a day when FBI agents would have a meeting to discuss bias.  Okay then — I guess that takes care of it.

Last year, when members of Congress were rightly frustrated about evidence being hidden, there were increasing calls for a special prosecutor to investigate surveillance abuses by the Obama administration, the shady Uranium One deal, and the Clinton Foundation’s influence peddling.  The idea of appointing a truly independent prosecutor was thwarted by Jeff Sessions, who appointed a career insider to do the investigation instead.  Sessions promised that an Obama holdover in Utah, John Huber, would do a “full, complete and objective evaluation of these matters.”

At this point, there is every reason to believe that the purpose of Huber’s investigation is to hide the truth, not to find it; to protect the criminals, not to charge them.   The key witnesses in each of the matters under investigation have not even been contacted.  It appears that no grand juries have been empaneled.  Tom Fitton, of Judicial Watch says, “Huber wasn’t tapped to investigate anything”, he was just “a distraction”.

What we are witnessing here is a carefully planned and orchestrated cover-up of a series of very serious crimes.  The deep swamp is pretending to investigate the deep swamp.

This cover-up would not be possible if the mainstream media were honest and aggressive fact-finders, but they actually function as a branch of the Democratic Party.  The cover-up would fail if Republicans were unified in absolutely demanding to see all the evidence that is currently being hidden, but Republican ‘leaders’ do not unify and fight hard for anything.  They appear to be comfortable with losing this battle.

Victors write the accepted history of events.  It is possible that the story here will be that good men like Strzok, Comey, Rosenstein, and Mueller protected America from a vast right-wing conspiracy.  Donald Trump, the victim of most of the crimes, will be portrayed as the villain.