HUGE Retaliation by China Against Canada —How will this tit for tat end? 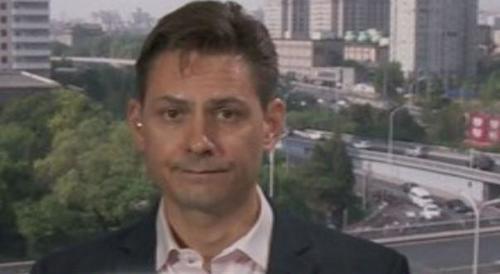 HUGE Retaliation by China Against Canada —How will this tit for tat end?

Is this one of the “severe” reprisals threatened by Beijing when it summoned Canada’s ambassador to Beijing for a meeting over the weekend?

According to Reuters, former Canadian diplomat Michael Kovrig has been detained in China. Kovrig’s employer, International Crisis Group, is working to secure his “safe” release.

The reason for Kovrig’s detention wasn’t immediately clear, and Beijing has refused to comment on his detention. However, Reuters noted that the arrest of Huawei CFO Meng Wanzhou has “stoked fears of reprisals.”

It was not immediately clear if the cases were related, but the arrest of Huawei CFO Meng Wanzhou in Vancouver has stoked fears of reprisals against the foreign business community in China.

“International Crisis Group is aware of reports that its North East Asia Senior Adviser, Michael Kovrig, has been detained in China,” the think-tank said in a statement.

“We are doing everything possible to secure additional information on Michael’s whereabouts as well as his prompt and safe release,” it added.

China’s Foreign Ministry and Ministry of Public Security did not respond immediately to questions faxed earlier about Kovrig’s detention.

The exact reason for the detention was not immediately clear.

The Canadian embassy declined to comment, referring queries to Ottawa.

Kovrig, a Mandarin speaker, has been working for the ICG as an in-house “expert” since February 2017. Prior to that, he served as a diplomat for the Canadian government between 2003 and 2016, with stints in Hong Kong and Beijing.

And while it’s possible that the timing of Kovrig’s arrest is purely coincidental…the timing is certainly very suspicious.