Deutsche Bank Meltdown: $234 Billion Is a LOT of Money Laundering 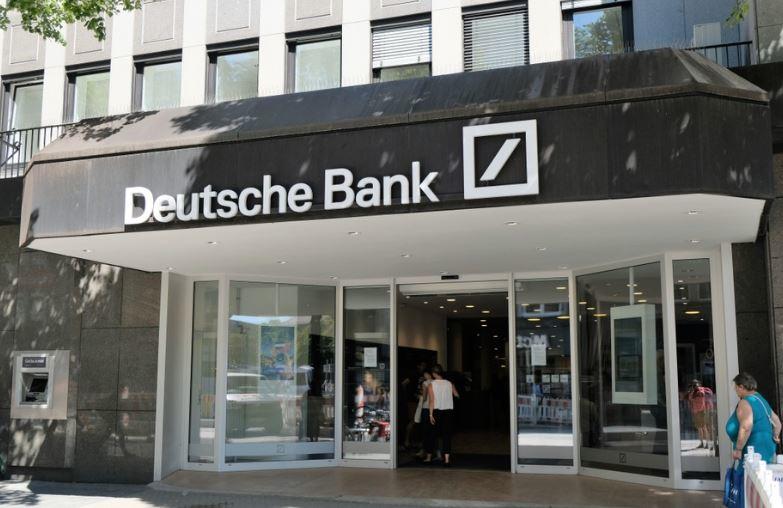 Deutsche Bank Meltdown: $234 Billion Is a LOT of Money Laundering

Deutsche Bank shares have continued to break through successive all-time lows following news that Frankfurt prosecutors are pursuing charges against DB employees (and possibly the bank itself) over allegations that the bank’s wealth management unit helped launder money for criminals and other tax cheats – allegations that surfaced in the infamous ‘Panama Papers’ leak from 2016. Meanwhile, a parallel scandal has been brewing over DB’s involvement in the Danske Bank money laundering scandal – one of the biggest in European banking history.

Last month, the Danske whistleblower who helped lead regulators to the endemic processing of ‘suspicious’ money flowing out of Russia, Moldova and into Western capitals suggested that Deutsche Bank helped clear $150 billion of the $234 billion deemed suspicious by a Danske internal audit (some clients of Danske’s Estonian branch are believed to have had ties to Russian President Vladimir Putin) . And on Thursday, press reports added another $35 billion to that figure. According to the Financial Times, which cited an internal DB memo, Deutsche cleared a total of nearly $200 billion for Danske’s Estonian branch between 2007 and 2015. This means that Deutsche Bank cleared more than 4/5ths of the purportedly suspicious funds flowing out of the Danish bank’s Estonian branch. Over the eight year period, DB processed some 1 million transactions, according to the memo, and never once bothered to question the provenance of these massive sums of money, which dwarfed the annual GDP of Estonia.

This revelation follows reports that regulators in the US and Europe are looking into Deutsche Bank’s role in the scandal. A Deutsche spokesman said the bank is cooperating with all inquiries. Howard Wilkinson, the former Danske executive-turned-whistleblower, told the Danish Parliament last month that Deutsche cleared roughly $150 billion through a US-based subsidiary.

Deutsche stopped clearing money for Danske’s Estonian branch in 2015, two years after JP Morgan dropped Danske Estonia as a client, after complaining that its compliance department had flagged too many examples of suspected money laundering. But the memo obtained by the FT revealed that even as DB stepped away from dollar clearing, it continued to process payments denominated in euros, totaling some 225 million euros ($256 million) between 2015 and 2018 (though Deutsche’s membership in the Single Euro Payments Area means that it was obliged to process these payments).

This means that Deutsche could face further legal penalties related to three separate scandals: The infamous Russian mirror-trading scandal (Deutsche paid more than $600 million in fines to US and UK authorities last year but US authorities are continuing their investigation), the ‘Panama Papers’ AML violations and the Danske scandal.

Despite these mounting legal risks, Deutsche affirmed on Thursday that it would not raise its provisions for legal judgments, likely leaving the bank vulnerable to more fines (Deutsche has already paid some $18 billion in fines since the financial crisis), which could seriously impact future earnings.