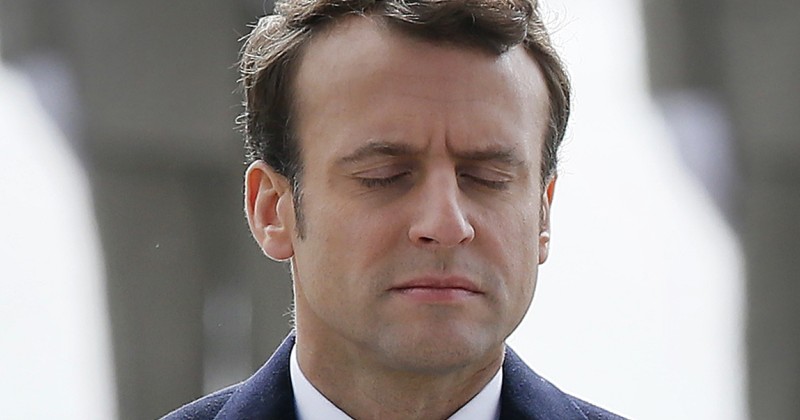 Open letter says French citizens have another reason to “revolt”

A group of French military generals have written an open letter to Emmanuel Macron accusing the French President of committing “treason” by signing the UN migration pact.

A letter written by General Antoine Martinez and signed by ten other generals, an admiral and a colonel, as well as former French Minister of Defense Charles Millon, warns Macron that the move strips France of more sovereignty and provides an additional reason for “an already battered people” to “revolt”.

The letter accuses Macron of being “guilty of a denial of democracy or treason against the nation” for signing the pact without putting it to the people.

“The French state is late in coming to realize the impossibility of integrating too many people, in addition to totally different cultures, who have regrouped in the last forty years in areas that no longer submit to the laws of the Republic,” states the letter, adding that mass immigration is erasing France’s “civilizational landmarks”.

According to British MEP Janice Atkinson, the UN pact would lead to Europe being flooded with 59 million new migrants within the next 6 years.

Warning that the plan would lead to European countries having their “culture and identity crushed,” Atkinson also pointed out that the pact could lead to hate speech laws that make it illegal to use the term “illegal migrants,” replacing it instead with “irregular migrants”.

“It will be illegal not to use their prescribed language,” warned Atkinson, adding that European citizens could “say goodbye to your democracy and your way of life” if the pact is implemented.

President Macron’s approval rating has sunk to 18% amidst a wave of protests riots against a number of issues, including fuel taxes and mass immigration.

Read the full letter from the French generals below (translated).

You are about to sign the “Global Compact on Safe, Orderly and Regular Migration” on 10 and 11 December, which establishes a genuine right to migration. It may impose itself on our national legislation through pre-existing treaties or the principle of common responsibility set out in this pact.

It seems to us that the only sovereignty that will remain with France will consist in freely setting the way in which the objectives of the pact will have to be implemented. You can not give up this new part of the national sovereignty without a public debate whereas 80% of the French population considers that it is necessary to stop or regulate drastically the immigration. By deciding alone to sign this pact, you would add an additional reason for revolt to the anger of an already battered people. You would be guilty of a denial of democracy or treason against the nation.

In addition, the finances of our country are drained and our debt is growing. You can not take the risk of an expensive call for air migration without first showing that you will not have to resort to more taxes to meet the objectives of the pact. On the other hand, you must be able, in terms of security, to curb the consequences linked to the arrival of extra-European populations. Finally, you can not ignore that the very essence of politics is to ensure security on the outside and harmony within. However, this concord can be obtained only if it maintains a certain internal coherence of the society alone capable of allowing to want to do together, which becomes more and more problematic today.

In fact, the French state is late in coming to realize the impossibility of integrating too many people, in addition to totally different cultures, who have regrouped in the last forty years in areas that no longer submit to the laws of the Republic.

You can not decide alone to erase our civilizational landmarks and deprive us of our carnal homeland.

We therefore ask you to defer the signing of this pact and call by referendum the French to vote on this document. You are accountable to the French of your actions. Your election is not a blank.

We support the initiative of General MARTINEZ against the signature of this pact which must be adopted by the Member States of the UN at the Intergovernmental Conference of Marrakech.