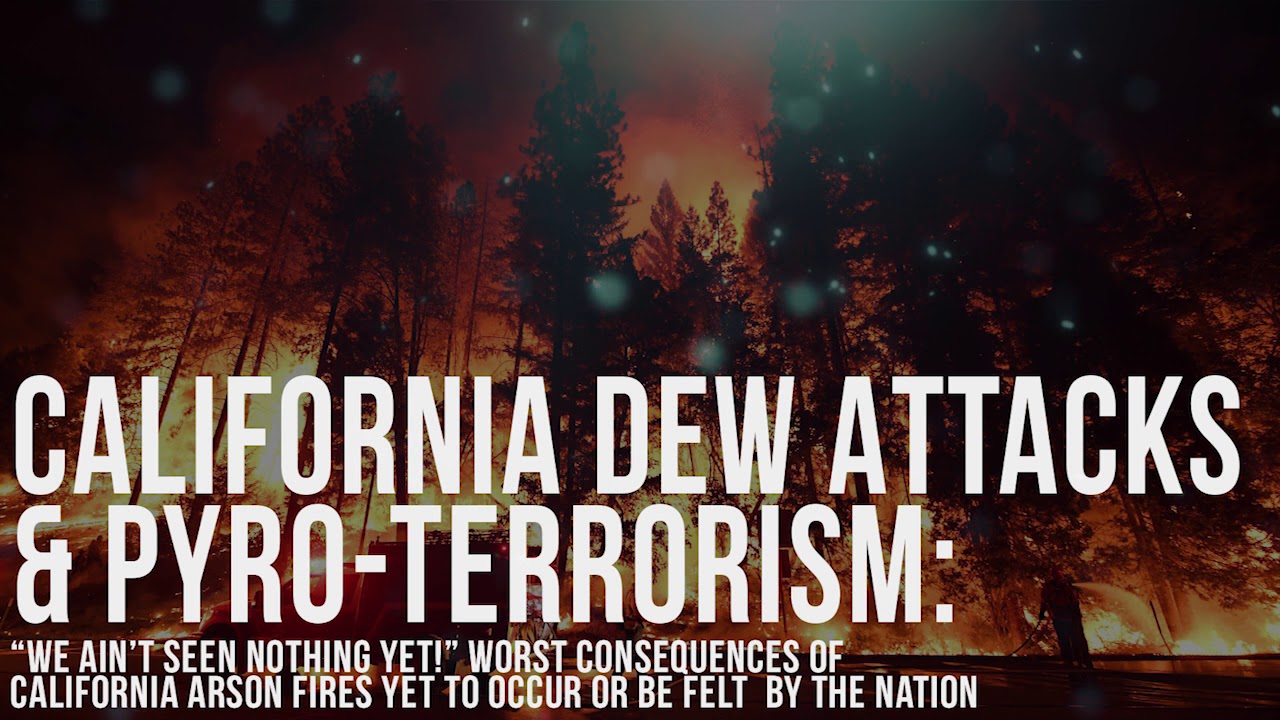 A Special Report and National Initiative for Every U.S. Citizen (Video + Photos)

California is under relentless attack
and no one is doing anything about it! Devastation caused by the Santa Rosa fire in 2017.

*UN Agendas includes Agenda 21  and  2030 Agenda for Sustainable Development and Vision 2050, each of which is a furtive global scheme to control the entire planet Thomas Fire burning along a hillside near Santa Paula, California in 2017

Here’s how the perpetrators have stealthily burned up large swaths of California over the past few years.  They have carefully coordinated this Gladio-style black operation by utilizing the following techniques and tools to both start and spread these catastrophic firestorms.

The interview / photo-documentary that follows provides a comprehensive explanation for these transparent manmade fires that the state of California is well aware of but has done nothing to stop or prevent.  If you only have time to watch one video on YouTube about this brazen attack, this is the one.

There is an abundance of video and photographic evidence on the Internet which categorically prove that these apocalyptic wildfires are manmade and triggered with specific objectives.  The three links below contain numerous photos taken during the past few wildfire seasons in different parts of California.

How did these vehicles burn up in the Cali. fires when trees nearby remain untouched?

Special Message to the Reader: This evidence really needs to be disseminated far and wide so that every person in California sees it.  If they knew they were under unrelenting attack — twice a year — they would surely hold the state government in Sacramento accountable, especially Governor Jerry Brown.  This criminal conspiracy to commit genocide and malicious destruction of property must be exposed before many more residents are killed, and their homes and businesses are destroyed.  In this way, we are all Californians.  Because if we don’t unify soon, folks in all 50 states will find themselves under similar attack when the globalists decide that it’s time. For those who want to understand the whole plot and see more background info, the following series of 4 articles with many links further explains the California wildfire crisis.

Each of us is highly encouraged to send this critical information and compelling photos to everyone they know.  Everybody should feel free to pick and choose the pieces of this media campaign kit and circulate those individually as well.

Thank you for your support of the highly consequential and urgent cause.