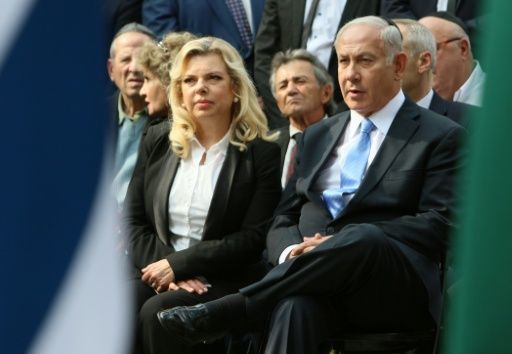 Israeli police on Sunday recommended indicting Prime Minister Benjamin Netanyahu and his wife Sara for bribery and other offences, the third such recommendation against the premier in recent months.

The attorney general will now decide whether to bring indictments in the case, which centres on regulatory benefits allegedly granted to telecommunications firm Bezeq in exchange for positive coverage from a related media company.

Police in February recommended indicting the prime minister in two other corruption investigations.

Netanyahu immediately rejected the accusations against him and his wife, claiming “these recommendations were determined and leaked even before the investigations began.”

He has repeatedly called the allegations against him in all three cases a plot by his political enemies to force him from office.

“I’m sure that in this case the relevant authorities, after examining the issue, will reach the same conclusion: that there was nothing because there is nothing,” he said in a statement.

Police said there was evidence to charge Netanyahu with bribery, fraud, breach of trust and unlawful acceptance.

They recommended Sara Netanyahu face charges of bribery, fraud, breach of trust and obstruction of evidence.

The three cases involving the long-serving premier have led to speculation over whether he will eventually have to step down.