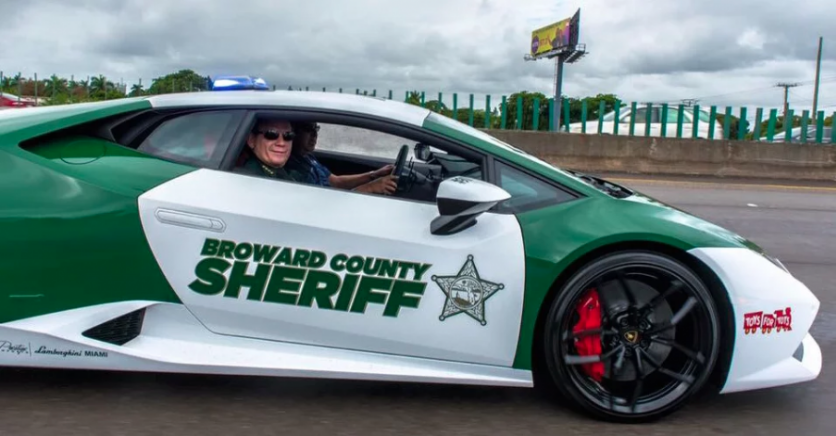 Broward County Sheriff Scott Israel in a Lamborghini, the only county in America that owns one

A series of troubling coincidences appear to connect Debbie Wasserman Schultz, Broward County, Florida and Chabad Jewry to recent attacks in America.  This raises the question whether Broward has somehow become the epicenter of false flag events.

A brief effort at connecting some dots indicates this is a possibility:
1. http://stateofthenation2012.com/?p=107108

“Also, one of the rabbis at the Pittsburgh synagogue, Alvin Berkun, has a son, Jonathan Berkun, who is the rabbi at a synagogue in Aventura, Florida—the same city the fake mail bomber is from.  His synagogue participated in a bomb plot psyop in 2016. In addition, Jonathan Berkun’s wife Rabbi Lauren Berkun is the director of the Shalom Hartman Institute, a leading center for Jewish advocacy.  On its website, we see the Institute includes the Center for Israeli-Jewish Identity, and we are told this Center includes “senior officers in the Israeli Defense Forces”. Which tells us Mossad is probably involved in coordinating these fake events in the US. Given that, we may assume Rabbi David Hartman, the founder of the Institute, likely had ties to Israeli Intelligence back to the 1970s or before.  Hartman was an advisor to Zevulun Hammer, Israeli Minister of Education, and also to several Prime Ministers.”

The reports by independent journalist Yoichi Shimatsu provide the broad context for what is happening in South Florida and elsewhere. http://rense.com//Datapages/yoichidat.htm

The occurrence of a drill on or about the same time or place as an actual event means a red flag must immediately be displayed:
http://www.veteranstoday.com/2018/10/30/pittsburgh-shooting-evidence-of-false-flag-fakery-surfaces/

It is impossible at this point to be certain about what happened in Pittsburgh last week and whether the official narrative is credible. But the timing of the shooting so soon after the mail-bomb attacks and so close to the mid-term elections is very suspicious! The research connecting DWS, Chabad and Broward County combined with previous alleged false flag attacks with a similar pattern invite a deeper look into these tragic events.

I encourage everyone who is troubled by this to move beyond name calling and fears of being labeled anti-Semitic to undertake their own investigation in a fearless search for the truth.