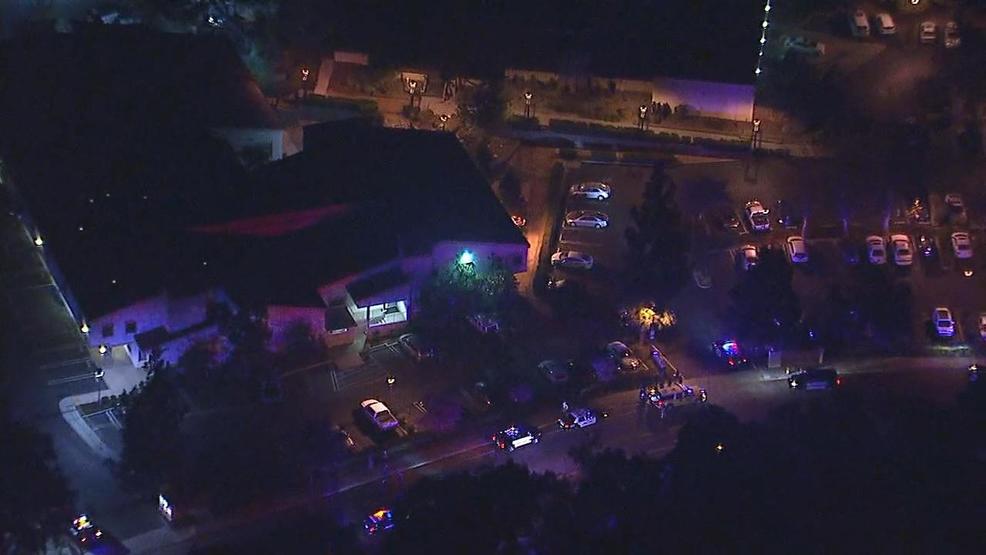 The election theft perps had to change the conversation—FAST!

There’s no better way to change the public discourse than to stage a horrific mass shooting somewhere in the USA.

The Powers That Be have run that game on the American people for many decades with no signs of slowing down.

What better way to divert the attention of the Patriot Community than to carry out a shocking massacre at such a major dance and music venue.  This is where nationalists congregate and socialize, especially C&W lovers. See: BOMBSHELL: Same folks who were attacked in Las Vegas concert were targeted at Thousand Oaks dance venue

Such a heinous act of violence serves to quickly take everyone’s attention off the election thefts and shove it to the California crime scene.

TPTB really want all the patriots discussing the details of this Gladio-style domestic terrorist attack… … …and not talking about the obvious election thefts in the House.

The power elite want nothing more than our precious time and energy siphoned off to debating whether this false flag black operation was a real mass shooting, a total hoax or a hybrid event executed to totally confuse the Patriot Movement.

Of course, the perps are aiming directly at the patriots and nationalists right after the most contentious midterm elections in U.S. history.  They wasted no time warning the Right that they will kill to advance their New World Order agenda.  Hence, this mass shooting is a HUGE shot across the bow.

KEY POINT: Very few realize that the Right has been under attack by extreme left-wing insurrectionists for years.  Homegrown terrorists on the Left carry out these mass shootings but are never correctly identified for the violent Soros-funded bolsheviks that they are.  In this way, they have consistently gotten away with the cold-blooded murder of many a patriot.

In other words, it’s war that the Left wants.  And it’s stealth attacks like this bar shoot-up that allows them to kill patriots with impunity.  This is an extremely serious predicament for the Right because very few really know what’s going on.  Truly, it’s time to put a stop to these highly premeditated mass murders, once and for all.

“They want us to believe that one gun-totin’ guy walked into a bar and killed 12, wounded 10 others and shot the sheriff multiple times.  And the authorities assert that a single .45 caliber handgun was responsible for all the carnage.  Only in California, especially LA area, do they always heighten the drama around these staged mass shootings. How else to impress lawmakers in Sacramento with the manufactured urgency for new gun laws.”

Now that the midterms are over, the pivotal Deep State agenda pushing for all-out gun control — state-by-state — will proceed unabated.

Having taken control of the House, the Democrats will use their power to expeditiously legislate draconian gun control laws at every level—federal, state and municipal.

There’s no better way to facilitate the removal of gun rights than to conduct a mass shooting, particularly in those states that are vulnerable.

This strategy is the central pillar of Cultural Marxism.  They will continue to create sanctuary states and sanctuary cities whereby curtailed gun rights are pursued aggressively.

Now that California is a hardcore sanctuary state, globalist governors like Jerry Brown will use the full weight of the dominant Democrat government to enact the toughest gun laws in the nation. As the pacesetter state for so many hot-button wedge issues of national import, it’s no wonder that California has been chosen as the site of so many false flag false mass shootings.

Being the home of Hollywood, the perps can easily employ all the necessary resources to create a HUGE drama in order to captivate the rest of the country.  And so they just have… in Thousand Oaks CA located 40 miles north of LA.

Here’s the Mainstream Media narrative straight from the LA Times:

Once California has been completely locked down as far as the annulled right to bear arms is concerned, the gun controllers will set their sights on every other liberal state on the West Coast and the East Coast, both now known as the Left Coast.

Because TPTB carefully control the anti-gun message coming out of Hollywood and Silicon Valley, they will continue to use California to promote a thoroughly gunless society.  Senseless and shocking mass shootings at places like the Borderline Bar & Grill will only increase in number and severity to accomplish this seditious goal.

Editor’s Note: Is there any other country on Earth that experiences so many mass shootings like the United States?  No other society even comes close to the continual barrage of false flags shooting attacks that are committed against the U.S. citizenry.  This factoid alone ought to wake up a LOT of people.  The globalists are ambushing US like the whole place is their shooting gallery.  And they get away with every one of these massacres.  Even if they’re hoaxes, or part hoax, the perpetrators still successfully infect the body politic with an enormous amount of fear and apprehension.  This serves to ever-so-slowly soften up the American people to give up their constitutional right to bear arms.

It’s very important to note that California is also the political, economic and social epicenter of the extremely covert initiative to create the North American Union (NAU).

Toward that end, American sovereignty is being methodically subverted by the globalists as territorial integrity is relentlessly undermined.

The various UN agendas are also in full implementation mode throughout the once Golden State.  Agenda 21, 2030 Agenda for Sustainable Development and Vision 2050 can only be implemented with a compliant populace.  The widespread possession of firearms is quite antagonistic to these and other UN agendas being run on American soil.

This is why the U.S. Federal Government under Obama illicitly arrogated power unto itself to deliberately stage false flag operations in the contrived interest of ‘national security’.  By creating these unlawful powers, the Obama administration ceded authority to the UN, NATO, as well as other supranational and clandestine entities. See: “FALSE FLAGS” are LEGAL PROPAGANDA Produced by the Department of Defense

Then there is the constant taunting of President Trump by various agents of Deep State, here, there and everywhere.

As for the CA bar shooting, a highly nationalist and patriotic POTUS like Trump must be deeply affected by every single one of these calculated killings.  What better way to rob him of his valuable time and energy than to pull off a mass shooting, especially within the patriot community.

Clearly, Deep State operatives have proven their willingness to victimize anyone, any where, anytime in order to irreparably tear the fabric of American society.  After all, this is the explicit and primary objective of Cultural Marxism.

As usual, the shooter is a white, male, gun-owning military vet who has all the signatures of a Right-leaning mass murderer. See: White, Male, Vet, Gunowner and Right-leaning according to the MSM

KEY POINT: Many of these shooters are ex-military with PTSD who were exposed to the CIA’s MK-Ultra mind control programs during and/or after their tours of duty.  Once they have been sufficiently programmed, all it takes is for them to be triggered by their handlers to commit the atrocities at the appointed time and place.  This is why so many of these patsies fit the same psych profile; they have been selected because of their character weaknesses, lack of family ties, psychotropic drug use, regular psych counseling, violent gaming and spotty job history.

How easy it always is for the MSM to sensationalize the fastidiously engineered details of  the shooter profiles.  The Left eats this stuff up which they then use as justification to do their violence at urban venues across America. California Shooter Has a Picture Perfect Profile for Exploitation by the Left

With this critical understanding, it’s much easier to comprehend how the Right is being insidiously set up by the NWO cabal to be taken down by the Left.  In the interest of starting a civil war, Soros & Company have hatched countless plots and ploys that are all about two things:

This strategy is unfortunately working for those who identify with the Left.  Democrats, liberals, progressives, anarchists, socialists, communists, bolsheviks, left-wing extremists and LGBTQ zealots are easily brainwashed to hate white, Christian men.

Identity politics has so taken over the thinking of the Left that they have become intractably immersed in an “us versus them” mindset.  And the MSM-assembled profile of California’s new alleged mass murderer — Ian David Long — fits into that narrative quite conveniently, as they often do.

Make no mistake: this tragic shooting was primarily about one thing although it did have other NWO purposes.

The election thieves had to change the subject post-haste.

The reason why they did a mass shooting on the very day the election results were verified is that they needed to draw our attention away from the election thefts as well as the deeply flawed electoral process.

The globalists know that, if the status quo continues with regard to America’s elections, they will be able to steal the 2020 POTUS election.  On the other hand, if the Right demands that Trump reform the entire process, it will be considerably more difficult for the Democrats to rig 2020.

This is really why they did the Borderline Bar & Grill on the heels of the 2016 vote.  They know we’re on to them.  Now it’s time to break up their biannual election theft game, but it won’t happen without a serious fight.

The most important mission in front of the Patriot Movement is comprehensive election reform.  Given what’s at stake, how can We the People permit such a defective and easily manipulated system to remain in place?  Therefore, the whole system — from the foundation up — must be re-built.

We have 2 years to get this job done.  If it doesn’t happen while Trump is prez, it won’t happen.  And we all know where that will lead to.  Let’s get busy!

As is usually the case, it’s impossible to say with certainty if this shooting was real, was a hoax or was a combination of both.  However, it really makes no difference what the facts are because the effects are always the same.  These sneak attacks against the Right serve to unsettle many people throughout the country and traumatize those involved.  Their sincere belief in the MSM narrative is enough to distract them from the ongoing election thefts.  SOTN sends our deepest condolences to those families who have been affected by this tragedy.