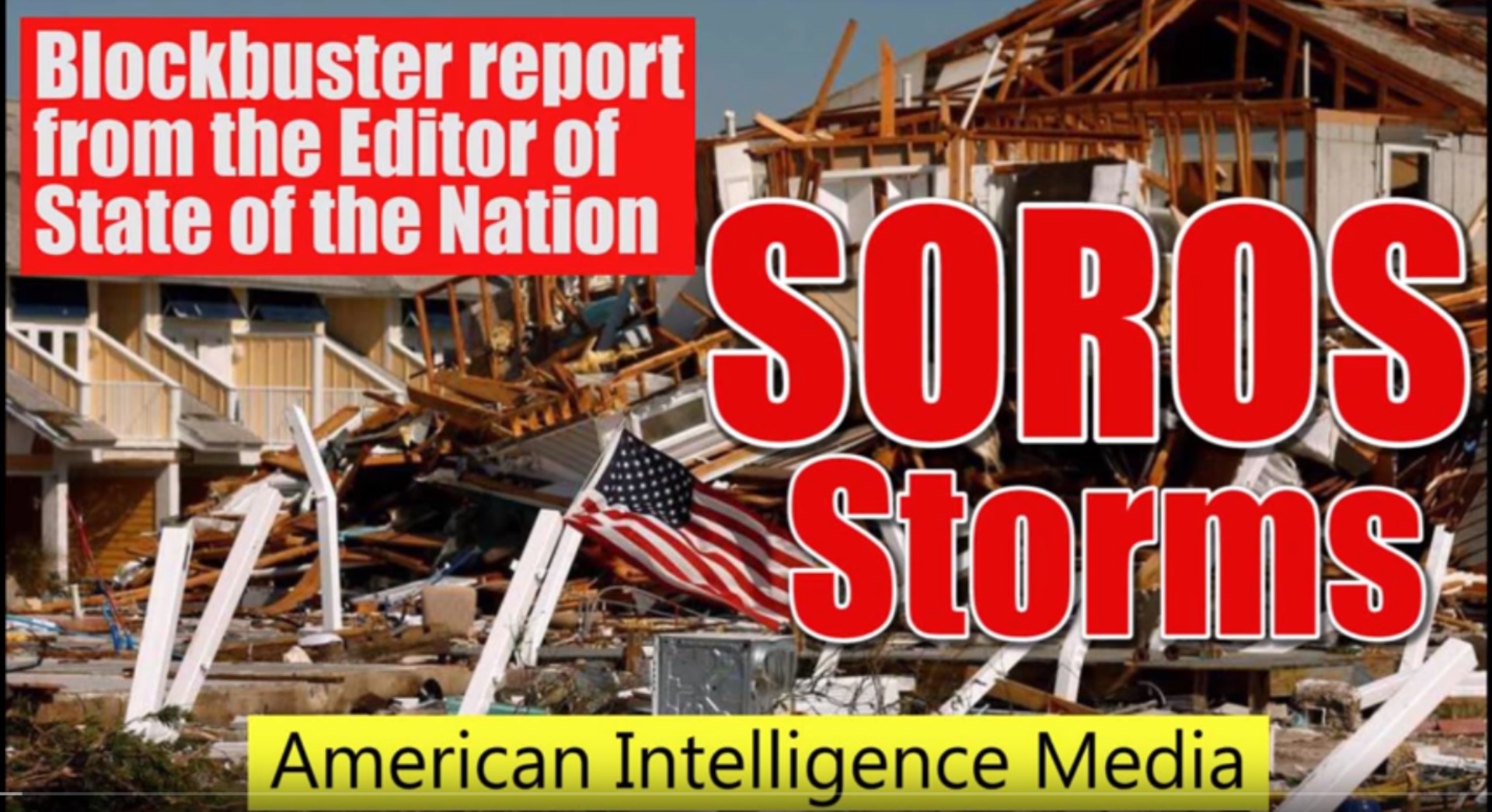 Douglas Gabriel of American Intelligence Media has a MUST LISTEN to interview of Michael Thomas, the founder and editor of “State of the Nation” and “The Millennium Report” .

Michael puts out some shocking information in this emergency patriot broadcast!  There are hundreds to thousands dead in Florida!  The truth will never be known!  This attack was done to steal the election because millions cannot vote right now and it hit the most RED area of the country!

I lived in the Panhandle for years and can tell you it’s as RED as you can get and always saves the day for Republicans!   They don’t call the beaches down there the Redneck Riviera for nothing.  Those people are great salt of the Earth patriots and they LOVE Trump!  Most will vote all Republican!

Michael is a citizen journalist who has been documenting geoengineering for years and he says there is no question this storm was manufactured!

There’s never been a Hurricane hit the Florida panhandle and was still was a category 3 in southern Georgia!

They used floating platforms with radars in the Gulf of Mexico, HAARP, massive chemtrails and gigantic humidifiers to create this monster hurricane from scratch!  That’s why so many were killed!

It came so fast and was like nothing anybody had experienced.  This is the most important interview I’ve seen regarding the midterms!

Get it out EVERYWHERE!  Patriots must do everything possible to spared the word.

Florida is the key!  If the Republicans lose Florida and the Democrats can steal the Governorship with their Obama 2.0 candidate we are in BIG TROUBLE because they will be poised  to steal Florida in 2020 like they did in 2000!

You know what to do patriots!  Send this message to all your friends and on social media and pray for the victims of Michael.

Pray for another miracle and the Republicans hold on to everything!  This one is for all the marbles!

Incredible footage from a GoPro camera on Mexico Beach!   This was a monster!

Eye of Hurricane over Mexico Beach!