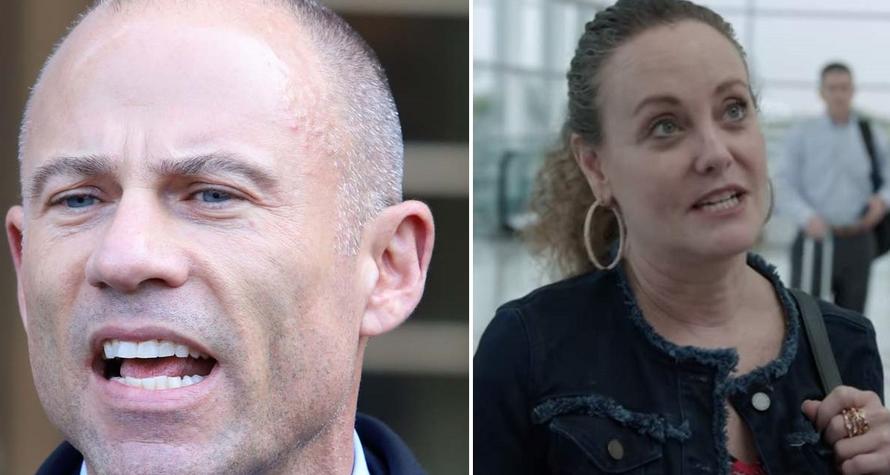 Avenatti, Swetnick Referred To DOJ For Criminal Investigation Over False Statements On Kavanaugh

Attorney Michael Avenatti and his client Julie Swetnick have been referred to the Justice Department for criminal investigation for a “potential conspiracy to provide materially false statements to Congress and obstruct a congressional committee investigation, three separate crimes, in the course of considering Justice Brett M. Kavanaugh’s nomination to the Supreme Court of the United States,” according to a statement released by the Judiciary Committee.

While the Committee was in the middle of its extensive investigation of the late-breaking sexual-assault allegations made by Dr. Christine Blasey Ford against Supreme Court nominee Judge Brett Kavanaugh, Avenatti publicized his client’s allegations of drug- and alcohol-fueled gang rapes in the 1980s. The obvious, subsequent contradictions along with the suspicious timing of the allegations necessitate a criminal investigation by the Justice Department.

“When a well-meaning citizen comes forward with information relevant to the committee’s work, I take it seriously. It takes courage to come forward, especially with allegations of sexual misconduct or personal trauma. I’m grateful for those who find that courage,” Grassley said. “But in the heat of partisan moments, some do try to knowingly mislead the committee. That’s unfair to my colleagues, the nominees and others providing information who are seeking the truth. It stifles our ability to work on legitimate lines of inquiry. It also wastes time and resources for destructive reasons. Thankfully, the law prohibits such false statements to Congress and obstruction of congressional committee investigations. For the law to work, we can’t just brush aside potential violations. I don’t take lightly making a referral of this nature, but ignoring this behavior will just invite more of it in the future.”

Grassley referred Swetnick and Avenatti for investigation in a letter sent today to the Attorney General of the United States and the Director of the Federal Bureau of Investigation. The letter notes potential violations of 18 U.S.C. §§ 371, 1001 and 1505, which respectively define the federal criminal offenses of conspiracy, false statements and obstruction of Congress. The referral seeks further investigation only, and is not intended to be an allegation of a crime. –Senate Judiciary Committee

The referral has an entire section entitled: “issues with Mr. Avenatti’s credibility,” which starts out highlighting a 2012 dispute with a former business partner over a coffee chain investment in which accuser Patrick Dempsey said that Avenatti lied to him, while the company was also “reportedly involved in additional litigation implicating his credibility, in cluding one case in which a judge sanctioned his company for misconduct.”

Also noted is “potential dishonesty” revealed in Avenatti’s divorce proceedings, in which his second wife, Lisa Storie-Avenatti, suggested that he lied to her about his income.

Swetnick – whose checkered past has called her character into question, alleges that Kavanaugh and a friend, Mark Judge, ran a date-rape “gang bang” operation at 10 high school parties she attended as an adult (yet never reported to the authorities).

The allegations were posted by Avenatti over Twitter, asserting that Kavanaugh and Judge made efforts to cause girls “to become inebriated and disoriented so they could then be “gang raped” in a side room or bedroom by a “train” of numerous boys.”

To try and corroborate the story, the Wall Street Journal contacted “dozens of former classmates and colleagues,” yet couldn’t find anyone who knew about the rape parties.

The Wall Street Journal has attempted to corroborate Ms. Swetnick’s account, contacting dozens of former classmates and colleagues, but couldn’t reach anyone with knowledge of her allegations. No friends have come forward to publicly support her claims. –WSJ

Soon after Swetnick’s story went public, her character immediately fell under scrutiny – after Politico reported that Swetnick’s ex-boyfriend, Richard Vinneccy – a registered Democrat, took out a restraining order against her, and says he has evidence that she’s lying.

“Right after I broke up with her, she was threatening my family, threatening my wife and threatening to do harm to my baby at that time,” Vinneccy said in a telephone interview with POLITICO. “I know a lot about her.” –Politico

“I have a lot of facts, evidence, that what she’s saying is not true at all,” he said. “I would rather speak to my attorney first before saying more.” Avenatti called the claims “outrageous” and hilariously accused the press of “digging into the past” of a woman levying a claim against Kavanaugh from over 35 years ago.

In response to the criminal referral, Avenatti tweeted on Thursday: “It is ironic that Senator Grassley now is interested in investigations. He didn’t care when it came to putting a man on the SCOTUS for life. We welcome the investigation as now we can finally get to the bottom of Judge Kavanaugh’s lies and conduct. Let the truth be known.”

It is ironic that Senator Grassley now is interested in investigations. He didn’t care when it came to putting a man on the SCOTUS for life. We welcome the investigation as now we can finally get to the bottom of Judge Kavanaugh’s lies and conduct. Let the truth be known.

Read the referral below: