The Reign of the Almighty Dollar is Over — SOTN 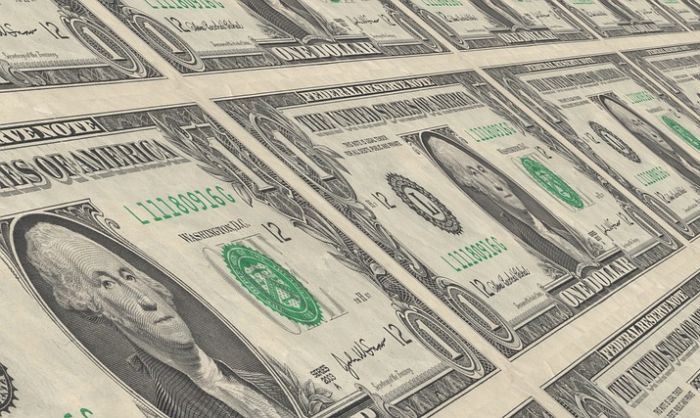 The Reign of the Almighty Dollar is Over — SOTN

Weaponizing the US Dollar Is Accelerating Global De-Dollarization

Donald Trump has in just over two years abandoned the Trans-Pacific Partnership (TPP), ditched the Transatlantic Trade and Investment Partnership (TTIP), withdrawn the US from the Paris climate agreement, and unilaterally removed American participation in the Iranian nuclear agreement known as the Joint Comprehensive Plan of Action (JCPOA).

Some of these decisions have undoubtedly received popular support from far beyond America’s shores. Washington’s withdrawal from the TPP was welcomed by the People’s Republic of China. During the Obama presidency, Xi Jinping strongly protested the exclusion of Beijing from the TPP. In the case of the TTIP, European allies for the most part were strongly opposed to the treaty because European multinationals would be subjected to sanctions and fines from American authorities.

The climate agreement, placing important limits on CO2 emissions as well as imposing regulations governing pollution, has been strongly resisted by US energy oligarchs. The withdrawal from the Paris accord has satisfied a substantial proportion of Trump’s donors linked to the hydrocarbon industry and beyond. Finally, the abandonment of the JCPOA was praised by Riyadh and Tel Aviv, two essential partners in Trump’s domestic and foreign strategies.

Observing the consequences of these political choices in the months since, it is easy to see how the world has reacted in a more or less similar fashion, which has been by ignoring the United States and emphasizing cooperation amongst themselves. The TPP, with its agreements between 11 countries, has remained in place without Washington. The development of relations between ASEAN and China continues on without Washington’s participation. While the TTIP has been halted, the Comprehensive Economic and Trade Agreement (CETA), is in its final approval stage, an agreement between Canada and the EU that bypasses the American-inspired TTIP. The Iran deal remains in force despite Washington’s cowardly withdrawal, and the five countries remaining in the Iranian nuclear agreement have every intention of respecting the JCPOA, which had been negotiated over a number of years.

In addition to withdrawing from the above treaties, Washington has started a serious trade war and is imposing tariffs on allies and enemies alike. From Russia to the EU, as well as China, South Korea, Japan and Turkey, everyone is facing the unprecedented decision to apply tariffs on trade. In Trump’s mind, this is the only way to balance a trade deficit that has now reached more than 500 billion dollars.

In addition to the dismantled treaties and imposition of tariffs, Trump strongly criticized some pillars of the post-World War II liberal order, such as NATO and America’s European allies themselves. The suggestion that NATO may be obsolete has shaken the European capitals to their core, even as the Russian Federation may see it as signalling the prospect of positive relations with the United States. Later it was understood that Trump’s strategy was to present himself before his electors with tangible achievements, in this case a substantial increase in military spending by NATO countries in Europe. Trump wants a commitment of 2% of GDP to be spent on defense, and NATO’s leaders are now agreeing on the need to invest more money.

Finally, the devastating blow came with the abandonment of the Iranian nuclear agreement, creating significant tensions with European allies. Washington has decided to impose sanctions on companies that do business with Tehran from November 2018. The EU immediately passed a law to shield EU companies from American fines, but many French and German companies appear to have already abandoned their projects in Iran, fearing Washington’s retribution.

Trump even began directly targeting historical allies, first strongly criticizing May in the UK over the slowness of Brexit, then Erdogan’s Turkey for the purchase of the S-400 system as well as the detention of an American pastor (accused of having participated in the attempted coup of 2016), and giving the green light to Saudi Arabia for its commercial and political war with Qatar, a close ally of Turkey.

In this uncertain and unprecedented environment, Donald Trump’s best friends are Israel and Saudi Arabia, with the Italian government offering a friendly face in Europe, the only big European country not opposed to The Donald. The Italian government intends to present itself in contradistinction to France and Germany, returning to influencing the European decisions. We shall come to see how valid this political path is, especially in light of what Trump will ask Conte in exchange for political support, especially with regard to Libya and on various trade and tariff issues.

Trump seems to have been outlining, over almost 24 months of his presidency, his political strategy. The neoconservatives, in the wake of 9/11, used military force in Iraq and Afghanistan, with no rival power able to stand in their way. With Obama, the strategy turned to operating under the cover of democracy and human rights, using more subtle means for bringing about regime change, such as color revolutions. It seems this general strategy continues with Trump, through the means currently available to him. US military planners nowadays must contend with an effective military force that keeps throwing a spanner in their works, Moscow returning Crimea to the Russian Federation and intervening in Syria to support the legitimate government of Syria.

Trump seems to have understood the message coming from Beijing and Moscow regarding the inviolability of their territory, their spheres of influence and their sovereignty. For this reason, Washington’s aggression seems to be focussing more on the economic arena. Trump has weaponized the dollar and is wielding it against allies and enemies alike to extract benefits for the United States. What the current administration intends to do is use the status of the dollar (already a reserve currency and the medium of exchange for such things as oil) as a weapon against adversaries and allies. And it is painful for those at the receiving end, given that the global economy revolves around Washington and the dollar.

The ability to bar European companies from operating in Iran derives from the status of the petrodollar. Washington forbids foreign banks from working with Iranian banks, effectively blocking the flow of US dollars into the country. This is aside from excluding targets from the SWIFT banking network.

To understand the consequences of these actions, it is important to note how presidents prior to Trump worked to advance American imperialism. As noted, following the wars in Iraq and Afghanistan, several countries began to anticipate and plan against scenarios of American aggression. Alliances have been strengthened (Pakistan with China, India with Russia, Qatar with Turkey, Iran with Russia and China, Iran with Russia and Turkey), many issues are being slowly resolved (India and Pakistan, South Korea and North Korea) and many countries prefer to buy arms from Russia and China in order to keep American imperialism at bay.

The methodology of color revolutions, in the light of the protection now being offered by the likes of Russia and Iran, was employed in the place of direct military intervention (as occurred in Iraq and Afghanistan) in other theaters (Libya, Ukraine and Syria). After the wars in 2002 and 2003 in Iraq and Afghanistan, China, Russia and Iran drew a red line regarding Washington’s interventionism. The effectiveness of color revolutions was diminished when the Russians, the Chinese and Iranians started expelling the various NGOs funded by the likes of Soros and other globalist financiers to bring about regime change under the cover of democracy and human rights.

The outlook of Washington’s political establishment is based on military hard power that is now inferior in offensive capability than the Sino-Russo-Iranian one, ensuring the strategic independence of Eurasia and its partners (Turkey, India, Qatar, Pakistan, Lebanon, Syria, Libya, Egypt, the Philippines, etc.). In terms of color revolutions, the artifice has now been brought to light, and countries on the receiving end of such attacks can now recognize them and quickly act to forestall them, as happened in Hong Kong in 2014.

Donald Trump seems to have resorted to the only weapon left available to him, namely, the economic power of the US dollar, offering him the opportunity to shape events. It is a strategy with short-term benefits by devastating effects for Washington in the long run. Indeed, the only way to combat US financial dominance is to ditch the US dollar for other currencies. Washington’s economic power derives from the use that the world makes of the dollar. Clearly, then, Trump’s decision to use the US dollar as a weapon will cost his country dearly in the future, the dollar probably bound to lose its role as a global reserve currency. As history has shown, when a reserve currency is transferred to another currency, the empire that depended on this reserve-currency status itself went into decline. This occurred with the France and Britain, and it will likely occur with the United States.

If the S-400 militarily represents the middle finger to Washington, denying as it does US air dominance, de-dollarization is the obvious answer to Trump’s use of the US dollar as a weapon to wield against friends and enemies.

This vulnerability is a wake-up call for US allies, who have filled their pockets and state coffers with US dollars printed at zero interest rates. Just look at the situation in Turkey, with almost 100 billion dollars in foreign debt. Ankara suffers from the excessive dollarization of its economy. It thus remains vulnerable to a US dollar attack by Trump, and without Qatar coming to the rescue with 15 billion dollars worth of investment, the Turkish lira would have not been able to resist for much longer. The danger of an economic collapse is real, along the same lines as was experienced in Asia in the late 1990s through devastating financial-speculation attacks. In contrast, Moscow finds itself with a very low public debt and just 13 billion in dollar-denominated securities, continuing apace the de-dollarization of its economy.

Trump has indirectly set in motion a much needed global rebalancing. Washington’s downsizing into a smaller power will come about above all through a fundamental change at the global economic level. As long as Washington is free to print money, increase debt, exchange dollars for real goods, and remain credible to the rest of the world that continues to purchase US treasuries instead of gold as a safe haven, Trump will be free to use the US dollar as a baseball bat with which he can whack friends and opponents over the head.

The potential use of the US dollar as a baseball bat has been evident for more than a decade for Russians, Chinese and Iranians. For this reason, they have been exchanging their dollars for other currencies for years. The United States, as a declining empire, is lashing out, employing every weapon available to try and arrest its diminishing status as the world’s sole superpower. Now it is the turn of America’s allies to relinquish the dollar, coming to understand that real sovereignty is ensured through economic sovereignty.