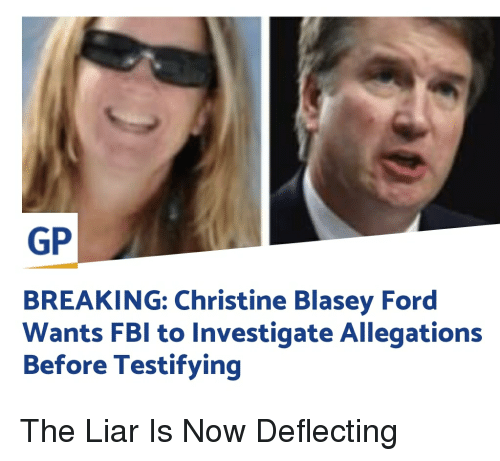 In his latest attempt to clear his name following allegations from Palo Alto University Professor Christine Blasey Ford claiming that he had had attempted to sexually assault her more than 35 years ago when they were seniors in high school, Judge Brett Kavanaugh will hand over calendars from the summer of 1982 which supposedly show that he was out of town when the party described by Ford allegedly took place. According to the New York Times, the calendars do not disprove Ford’s allegations, as he could have attended a party that he did not list on his calendar. Instead, his team intends to argue that Kavanaugh’s calendars don’t confirm Ford’s account of how an inebriated Kavanaugh allegedly pinned her to a bed and tried to remove her clothing. Ford has said she does not recall the specific date of the party.

The calendar pages from June, July and August 1982, which were examined by The New York Times, show that Judge Kavanaugh was out of town much of the summer at the beach or away with his parents. When he was at home, the calendars list his basketball games, movie outings, football workouts and college interviews. A few parties are mentioned but include names of friends other than those identified by Dr. Blasey.

The challenge for senators trying to confirm or refute the accusation against Judge Kavanaugh is that Dr. Blasey has said she does not recall the specific date or location of the house where the alleged incident occurred. She has said she believes it was during the summer of 1982, and she remembers wearing a bathing suit with other clothing on top of it, suggesting the party might have taken place after a swim outing at a local country club.

While three other people whom Ford said were also in attendance at the party have said they did not remember the incident, Ford’s lawyer Debra Katz explained that this is hardly surprising.

“It’s not surprising that Ms. Keyser has no recollection of the evening as they did not discuss it,” Ms. Katz said. “It’s also unremarkable that Ms. Keyser does not remember attending a specific gathering 30 years ago at which nothing of consequence happened to her. Dr. Ford of course will never forget this gathering because of what happened to her there.”

Kavanaugh doesn’t intend to argue that Ford wasn’t assaulted at the party; instead, his lawyers are expected to claim that the assailant wasn’t Kavanaugh, but a friend of Kavanaugh’s with whom he bore a striking resemblance.

The calendar pages are one-month pages with each day in a small box. Unusual for a teenager, Judge Kavanaugh seemed to keep track of his days even during summer vacation. The pages show typical teenage activities from the era, including “beach week” after the end of the school year and nights at the theater to see “Grease II,” “Rocky III” and “Poltergeist” with friends.

Judge Kavanaugh was gone many weekends with his parents in St. Michaels, Md., and one weekend in Connecticut with his grandmother, according to the calendars. He listed an interview for Yale University, where he would eventually enroll, and the start of football camp in August, when he stayed in the dorms at Georgetown Prep. He also played summer league basketball.

Of course, given Sunday night’s bombshell report that a second accuser is coming forward, Kavanaugh’s defense team will need to come up with another strategy to defend against both of these accounts. But they were handed a reprieve Monday morning when reports surfaced that NBC, The New York Times and The Washington Post passed on Ronan Farrow’s Kavanaugh accuser story because reporters felt uneasy about the facts.

The allegations were leveled by Kavanaugh’s former Yale classmate Deborah Ramirez, who said Kavanaugh “pulled his penis out and tried to press it into her face” at a dorm-room party their freshman year. The stakes for this allegation are higher given that Kavanaugh was a legal adult at the time, and he swore during his previous testimony before the Senate Judiciary Committee that he had never committed a sexual assault as an adult.