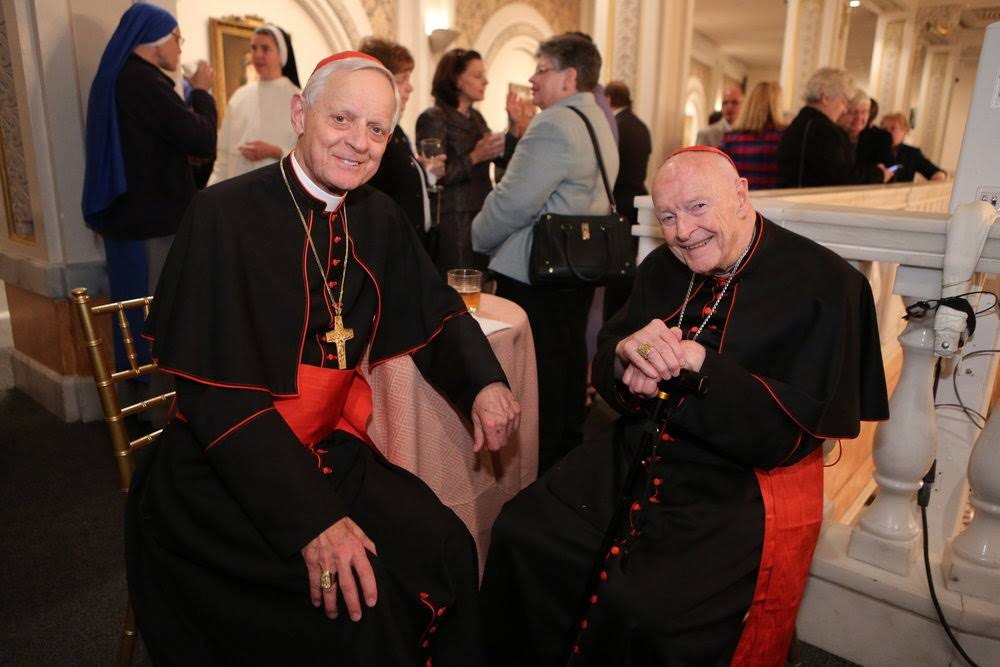 In his parish bulletin and website, Rev. Edwin Edwin Palka of the Epiphany of Our Lord Roman Catholic parish wrote that “evil” homosexual bishops of the Roman Catholic Church “punish, humiliate and blackmail” faithful priests who threaten to expose a homosexual “mafia” in the worldwide denomination. Referring to what he called the “Lavender Mafia” within the Church, Palka reviews how the sexual abuse crisis within the Catholic Church has continued for decades.

“Many people still don’t (I believe most priests still don’t) understand just how evil the active homosexual or homosexual activist … priests and bishops are,” writes Palka in his July 29 bulletin. His parish is located in Tampa, Florida. “Not understanding the extent of their depravity and wrongly thinking that they are simply ‘normal’ men who just struggle with their sexual desires and sometimes might fail to remain chaste but are really, truly repentant when it happens and strive to ‘confess my sins, do penance and amend my life, amen’, they cannot possibly grasp the hellish depths to which … [homosexual activist] … clergy will go to persecute, lambaste, punish, humiliate and blackmail anyone who stands in their way or threatens their way of life,” writes Palka.

Palka writes about how priests who hew to traditional Catholic teachings are hounded by bishops. An “evil” bishop has access to files on every priest and seminarian under their authority. Referring to seminarians, Palka writes that candidates for the priesthood are asked to provide personal details, such as their history of sexual activity, criminality, struggles with chastity, as well as their concerns over living a life of celibacy. Palka writes: “His file grows thicker the longer he remains in the seminary and it continues to grow after ordination, and includes self-revealed and other-revealed (from formation directors, vocation directors, letters from parishioners, etc.) information regarding his struggles, mental issues, physical problems, and moral failings before, during and after formation, any perceived ‘hostility toward women’ or ‘rigidity’ or ‘uber Catholicism’ or ‘hard preaching’ and many more such things.”

The files are not protected as are sacramental confessions, writes Palka, and follow each seminarian and priest throughout his career. The ostensible purpose of the file is to help each seminarian and priest to grow spiritualy and meet the challenges of priesthood. “This file is always meant to help him so that by working with his spiritual director he can improve in every aspect of his life, so that he can overcome fears and failings, so that he has a benchmark by which to gauge his improvements in holiness and competence,” writes Palka. “It is also meant to help his bishop and any of his future bishops understand the priest, to figure out where to place him on assignment or which assignment to keep him away from for his own good.”

However, Palka writes, while a good seminary rector or bishop may use the file wisely “for the salvation of the soul of the man and those under his care, “ bishops who are actively homosexual or homosexual activists may use the file for “evil purposes.”

Palka then used two fictitious examples to illustrate how priests are made to kowtow to corrupt bishops. “Suppose a priest’s file reveals that as a teen he was sexually abused by an adult male. As a result of this formative abuse, he struggled with homosexual desires as an adolescent and into his early adulthood but always remained chaste,” writes Palka. “Once ordained as a priest he spoke out fervently against the acceptance and promotion and legalization of homosexual activity and other sexual sins.

“His … [homosexual activist] … bishop, knowing his past, makes him the Boy Scout chaplain where he will be working closely with the bishop’s handpicked and openly-active homosexual lay diocesan Scout leaders, hoping and even encouraging (vicariously, through his minions) him to finally fall to his boyhood abuse-induced homosexual desires and sexually abuse one or more of the Scouts,” writes Palka.

Heterosexual priests can be manipulated in this way, writes Palka. A heterosexual priest who was sexually active before ordination, who speaks out against homosexuality, can be assigned to a chaplaincy at a girl’s school in the hope that he will succumb to temptation. Palka writes, “Think this is far fetched? Don’t be fooled.”

In his August 5 bulletin, Palka gave further examples of why Catholic priests remain silent in the face of corrupt bishops. He writes, “A priest who gets on the bad side of a bishop (and that can happen even with a good priest who has a good bishop but I am referring here to an active homosexual/homosexual activist bishop) will get the worst assignment the bishop can conjure up.” This would include assigning the priest to a parish with a homosexual pastor who publicly and privately berates him with “slander, calumny, innuendo, and lies.” The priest’s file grows fatter with letters from parishioners sympathetic to homosexuality. Not allowed to teach or preach, the priest in the bishop’s cross-hairs is assigned non-priestly duties and accused of being “heartless.” Everything will be done to encourage him to either engage in immorality, quit preaching against immorality, or just get the heck out. He constantly faces the reality that, after having endured eight or nine years of Pink Palace Seminary, he might be forced out after fewer years of priesthood. He will watch as his friends, those good men ordained with him, “flee the wolves” one after another and he will see his Active Homosexual/Homosexual Activist seminary associates promoted and rewarded. It’s no wonder so many leave.”

Men who leave the priesthood are not free of bishops’ blackmail, Palka asserts. Even knowing about criminal behavior on the part of priests and bishops is no safeguard, he writes. In effect, Palka writes, homosexual bishops can access information (or put something in the file) that can ruin the ex-priest’s life. What such bishops tell ex-priests is “”Mess with me or one of mine and I will destroy you. I will pull something from your file (or place something in your file) and release it to the public, to your employer, to your children’s school. You will be an unemployable ex-priest and maybe also an ex-husband and ex-father.’” Palka goes on to say: “Yes, they are that evil. Starting to understand the silence? More to come next week.”