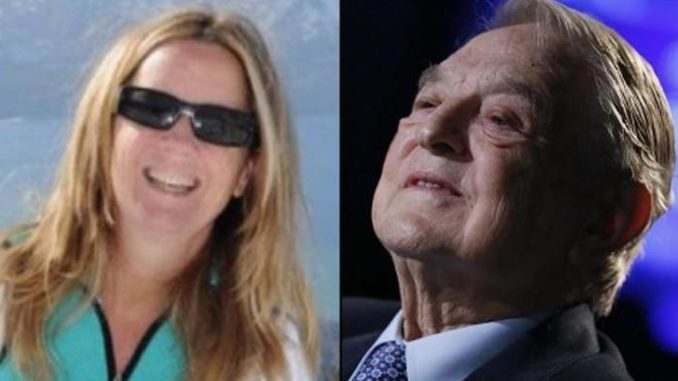 “Show me the man,
and I’ll show you the crime.”

The quote sums up the central organizing principle of the Democratic Party.

Somewhere, very high up in the ranks of the DNC Emeritus VIPs, the decision-makers agreed to take down anyone — who was dangerous to their cultural marxist agenda — via criminal allegations (usually of sex crimes).

It makes no difference to these professional character assassins that the accusations are patently false or completely unprovable.

All that matters is that the targeted individual is removed from the playing field inside the Beltway.

Scourge to the GOP

The Democrats have now stooped to smearing anyone with transparent libel and/or slander whom they don’t want appointed by a Republican president.

SCOTUS nominee Brett Kavanaugh is only the latest conservative victim, except he has not thrown in the towel just yet.

The DEMs used the same offensive tactics against SCOTUS candidate Clarence Thomas in 1991.  Anita Hill was sent in as the hitwoman back then just as Christine Blasey Ford is the appointed character assassin today.

It’s critical to understand that this Democrat MO has been their preferred tactic for many decades.  The big difference now, however, is that they are using this despicable strategy routinely on good candidates for public service.

The Left does not care who or how they destroy their political prey.  Once an individual has been identified as resistant to the NWO globalist agenda, they’re toast.

This new normal of corrupt and criminal Democratic conduct has made it the scourge of the Republican Party.

Democratic Party: The party of lawyers

It ought to be self-evident that the Democratic Party has always been the preferred political affiliation of most lawyers.  Even rich corporate attorneys often side with the Democrats because they can be more easily manipulated with 30 pieces of silver.

The legal class, as a large group of professionals, has earned their reputation for being the lowest of the low.  After all, it’s what they do.  They’re bottom feeders.  They receive vast sums of money to lie for a living.  Not all of them, but the majority have made falsehood their stock in trade.

With this understanding, it’s easy to see how quickly a George Soros-paid attorney will generate some dirt on anyone who has been marked for some serious defamation of character.

As Beria said,  “Show me the man, and I’ll show you the crime.”  Ultra-liberal lawyers on Soros’s payroll would practically kill to be the legal hitman to take down, say, a “Brett Kavanaugh”.  Not only do these lawyerly mercenaries love the money, they relish the opportunity to inflict heavy damage on their political enemies.

Not only can they frame anyone for a crime they did not commit, they can make up crimes out of thin air and witnesses will come flocking to testify because of their eagerness to bear false witness for compensation.

It’s entirely true that the DEMs have refined their system of character assassination to both a science and an art form.  They have networks set up nationwide that can plug into any person who might fit the profile of a needed character assassin.  The nature of their work is such that they know the most scurrilous scuttlebutt in every jurisdiction because that’s what they do.  That’s essentially what criminal law is all about.  Civil law also puts attorneys in touch with all the juicy stories (e.g. he says, she says) going on everywhere.  Whether they’re true or not is an entirely different matter.

The Left has resolved to take down anyone who does not measure up to the standards of Cultural Marxism.  They will use any weapon in their arsenal to destroy and/or assassinate anyone who poses a threat to their nefarious agenda.  Simply put, they will not give up their hard-fought gains.

That’s a HUGE for problem.  For the nation.  For the American people.  The Obamanation that was Obama’s odious legacy is still very much with US today and the Left will not give it up.  It’s like anything in life; one you acquire something that is long sought, it’s not easily relinquished…or taken away.

As a result, the ultra-liberals of America are pushing the edge of the envelope in a way that is clearly unsustainable.  They will not relent in their character assaults, no matter who is the object of their scorn.  If they will go after the President with such venom and vengeance, who will they not attack?

The bottom line here is that: We are all Brett Kavanaugh!

And the sooner men and women of conscience understand that, the quicker the nation can be taken back from those who have stolen it.  For every American is now at great risk for the same type of politics of personal destruction that Kavanaugh has just suffered.  No one is immune even if they are in no way involved in politics.  They can get you at the office, at the church, at the store, at the ballgame.  You name it: these cultural marxists will do whatever it takes to neutralize their opponents, truth be damned. This is a classic hit and run. The Deep State perps always intended for the assassin to kill the target, but they will do everything in their power to keep her out of the line of fire. The more that Christine Blasey Ford is exposed, the more this charade will fall apart.

There’s no better example of the sheer desperation of the Democrat Deep State than the unparalleled Christine Blasey Ford psyop.

The fastidiously timed and highly coordinated character assassination of Brett Kavanaugh is as shocking as it is reprehensible.  It’s shocking because of how juvenile and transparent in its intent to torpedo his nomination.  It’s reprehensible for its flagrant attempt to subvert and dictate to the Senate as well as manipulate the SCOTUS confirmation process.

Given the extreme measures and exceedingly disrespectful approach of the Democrat leadership, an exceedingly dangerous precedent has been set.  The Left has pulled every trick in the book to transparently terminate Kavanaugh’s candidacy, and that’s as chilling as it gets… … … for every citizen interested in rendering public service.

For these and other reasons, every Democratic politician and liberal lawyer associated with this travesty of justice needs to be censured severely.  These Leftist bolsheviks cannot be allowed to get away with the damage they have done with this naked charade that has destroyed a good man’s reputation.

If the Republican leadership does not exact swift and sure punishment for the serious transgressions of rules and protocol, the Democrats will take advantage of them as they always have.  When incorrigible and criminally insane psychopaths abuse people or process, they must be busted upside the head with a four by four; otherwise their  misconduct will only intensify.

The Kavanaugh hearing represents just how hopelessly corrupt and criminal the Left has become.  They don’t even try to hide their utter lawlessness and treachery.  They really don’t seem to care who sees their crime wave.

It has also demonstrated how spineless the GOP leaders are.  They have proven their ineptitude in dealing with certified sociopaths.  At worst, the RINOs have shown how they are perfidiously conspiring with the DINOs.

If the Republicans don’t see through this confirmation through to its proper end, the midterms will not go well for them.  This is clearly a litmus test that the Right will consider very carefully in deciding whether to show up at the polls.

In view of this stark reality, there should not be a blue wave on November 6; rather, it ought to be a red tsunami that washes over the land.  This may be the last chance the body politic will have to ensure the Obamanation is destroyed, once and for all.  And, that the treasonous agents of Cultural Marxism are rounded up and prosecuted to the fullest extent of the law.  See: This is how the scourge of Cultural Marxism can be stopped…

KEY POINT: There are specific reasons why the Left is so determined to take out Kavanaugh, but one of those reigns supreme.  His confirmation threatens their sacred cow which is ABORTION: The Most Powerful Weapon in the Arsenal of Cultural Marxism

The Democrats are painstakingly setting a new precedent.  They are insidiously conditioning the public to accept these “#MeToo witch-hunts” as a normal and acceptable way of vetting male candidates for key government appointments.  In fact, there’s nothing acceptable about these often outrageous accusations that flow from the Deep State cesspool.

Nonetheless, the Democrat goal is to make the confirmation process so invasive and so salacious that many able candidates will shy away from public service.  They also intend to use the same scandalous tactics to ruin any individual they so choose.  Unscrupulous Democrat attorneys are quite proficient at this as Michael Avenatti has shown repeatedly. See: Michael Avenatti: When a Soros-Sponsored Democrat Hitman is a Highly Opportunistic and Exploitative Lawyer

Unfortunately for the GOP, the hidden agenda goes way beyond irreparably damaging every good candidate who requires confirmation.  Working in tandem with the worst elements within the #MeToo movement, the Left is resolved to dismantling the patriarchal establishment.  Just as the Bolshevik Revolution was used to collapse the Russian monarchy in 1917, the liberal bolsheviks intend to get rid of white men in the upper echelons of the U.S. Federal Government.

This very deep and broad conspiracy is the outworking of the subversive agenda of Cultural Marxism.  Truly, there is nothing more perilous confronting the American people today than this multi-decade covert scheme to destroy the nation from within.  Now that everyone knows that the barbarians are actually inside the gate, not just at the gate, they can be dealt with accordingly.

The following excerpt well explains why this fight in the Senate even started and will quite likely not end peacefully.

“When the American people begin to accept abortion so casually,
it will inevitably inure them to all the other social ills and cultural
sins.  In other words, by socially engineering the populace to
approve of a mother’s illicit right to outright kill her child, the
floodgates will be opened for so many other wicked acts.  People
everywhere will be gradually desensitized to accepting many
other vices as virtues.  The human capacity to discern between
right and wrong will be greatly undermined in the process.”
Source: Abortion Factory USA: Grave Consequences For
The Nation Are Looming