Washington Attempts To Assassinate The President of Venezuela 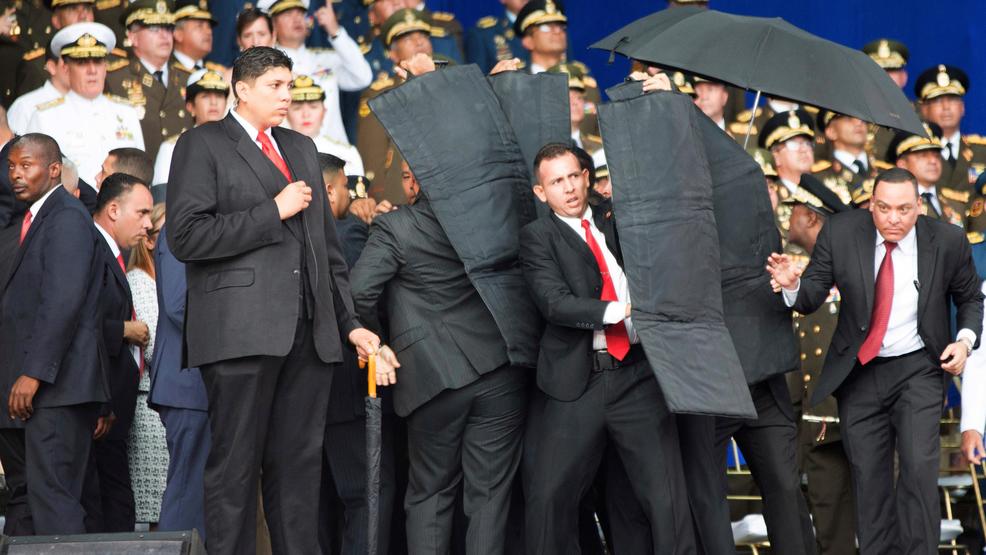 Washington Attempts To Assassinate The President of Venezuela

The BBC, a CIA asset, and the rest of the presstitute Western media are attempting to cover up the assassination attempt by misrepresenting it as a false flag attack by the Venezuelan president on himself so that he can arrest his opponents.

The United States government has never permitted any democratically elected reformist Latin American government that represented its people’s interest instead of US economic interests to survive.

The reformist governments have always paved the way for their overthrow by not exterminating the Washington-allied exploiter class in their midst.

In blaming Colombia, Maduro is using shorthand. Everyone knows that Colombia is a vassal state of Washington.

The presstitute scum that comprise the Western news media and the crazed Russiaphobic US National Security Adviser claim that the explosions at Venezuelan President Maduro’s speech were caused by a gas tank explosion in a building.

Here is a video of the drone exploding during Maduro’s speech. http://www.rt.com/news/435178-drone-explosion-video-venezuela-maduro/

You can bet your last dollar that CIA covert operations was behind this attempted assassination of Maduro. The United States has never permitted independent governments in Latin America. If Washington can’t get the country’s military to overthrow the elected president or the country’s legal system to frame the elected president on fake charges, Washington uses assassination.