“Furious” Swedish PM Rages At Violent Gang Rampage: “What The Hell Are You Doing?” (Photos) 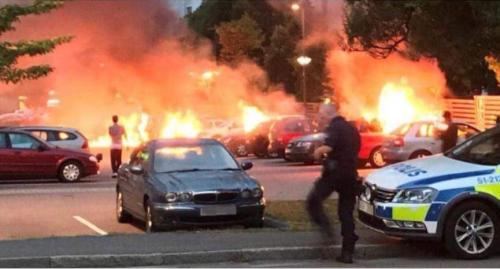 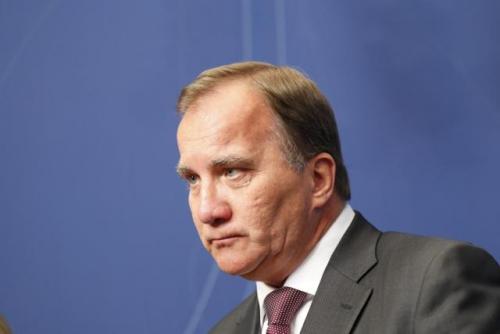 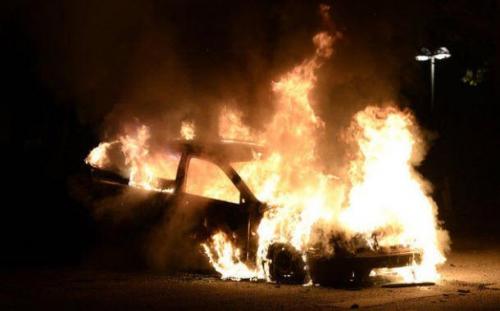 “Furious” Swedish PM Rages At Violent Gang Rampage: “What The Hell Are You Doing?”

After  last night’s violent, coordinated rampage by masked gangs of youths across five Swedish cities, Swedish politicians were quick to react with far-right, anti-immigrant party ‘Sweden Democrats’ seeing a surge in the polls ahead of September 9th’s election.

“I get pissed off for real,” Prime Minister Stefan Löfven hit out in an interview with Swedish radio, adding he wanted to ask the perpetrators “what the hell are you doing?”

“Society will come back hard on this,” said the Social Democrat leader, who also raised questions about the scope and timing of the attacks, which police suspect were coordinated via social media.

“It looks very coordinated, almost like a military operation,” Löfven said, adding that the police probe would show if the car fires were down to vandalism, organized crime or something else.

And one look at the times of the events confirms it… 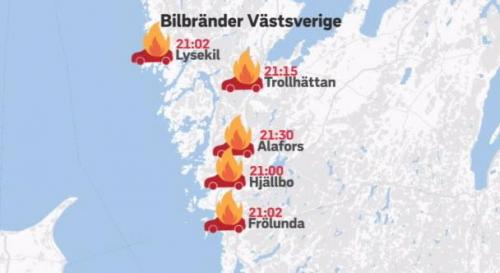 As The Local reports, Lofven was not alone in his outrage.

“Last year the government tightened the punishment for aggravated vandalism, which can now give up to six years in jail,”he tweeted.

“Hope the thugs get arrested so that they get the punishment they deserved.”

Ulf Kristersson, leader of the centre-right opposition party the Moderates, wrote on Facebook that “dreadful scenes are being played out in Gothenburg”.

“These are no ‘protests’, this is sabotage. Sweden has tolerated this far too long. It has to end,” he added.

“Parents also have to be involved, they have to be woken up and informed of what their sons are doing,” he wrote in a comment.

As Sweden’s SVT reports, the police have identified several of the young people who were in place at the fires in Trollhättan and confirmed that there is suspicion that the action has been coordinated.

“We have already started talking to parents with the parents in the morning, who were in place. We chose not to seize someone but have identified them and talked with them, “said Ulla Brehm.

We have an update on the situation.

The Swedish police spokeswoman Ulla Brehm says that they have DECIDED to NOT arrest anyone over the riots last night.

Instead they have identified them and will be talking with their families.

This has caused an outcry amongst Conservatives. https://t.co/y9s810CfSJ

Based on testimonies and the fact that the fires started about at the same time, the police suspect that the actions may have been coordinated through social media.