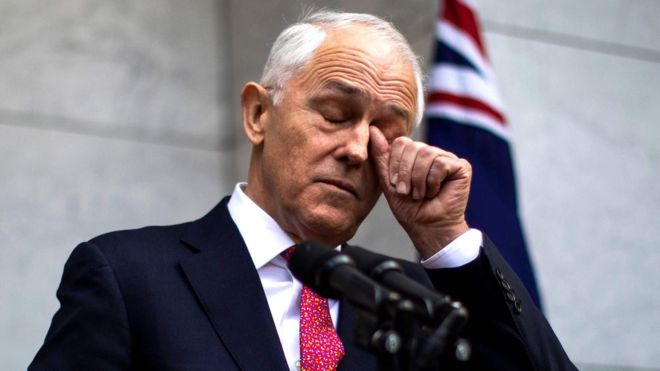 A third Australian government minister has resigned amid reports a fresh attempt to oust Prime Minister Malcolm Turnbull as party leader is under way.

James McGrath, assistant minister to the prime minister, insisted his resignation was accepted on Wednesday.

Mr Turnbull is under pressure over poor polling and a divisive energy policy.

He initially accepted Mr Dutton’s resignation and that of International Development Minister Concetta Fierravanti-Wells but rejected the other eight, including Mr McGrath’s.

Mr Turnbull’s centre-right coalition will face a general election by May next year, after recently losing a key by-election in Queensland.

What is happening in Canberra?

On Wednesday evening Mr McGrath posted his resignation letter on Facebookand said he had insisted it be accepted.

Meanwhile Australian media reports said Liberal party MPs were being asked to sign a document calling for a party meeting at which Mr Turnbull would face another challenge.

However reports suggested any meeting was unlikely to take place on Wednesday.

Mr Dutton has said he is still campaigning for the leadership.

“You do not go into a ballot believing that you can lose and if I believe that a majority of colleagues support me then I would consider my position,” he told radio station 3AW.

What happened on Tuesday?

Mr Turnbull initiated the first vote among Liberal Party MPs on Tuesday in an attempt to end growing speculation about his position as leader of the Liberal party. He won the vote 48-35.

“The iron laws of arithmetic confirmed my leadership,” he told reporters on Wednesday when asked about his future. 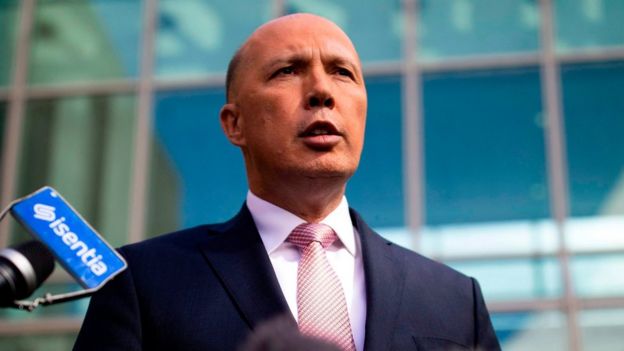 He confirmed he had asked eight ministers to stay on in his ministry despite their offers to stand down, a decision he said aimed to “maintain the stability of the government of Australia”.

The opposition Labor party accused the government of being in “chaos”.

What has motivated the challenge?

He had earlier abandoned a key commitment to set an emissions reduction target in law, in an attempt to ward off party conflict.

Many Australians online have responded to the battle in Canberra with a sense of frustration and dismay.

Labor tried to move a motion of no confidence against the prime minister in parliament on Tuesday.

Under the Australian system, as in the UK, the prime minister is the leader of the party or coalition that can command a majority in parliament.

Over the past decade, Australian politics has been marked by a series of leadership coups, with three sitting prime ministers deposed by party rivals within their first terms.