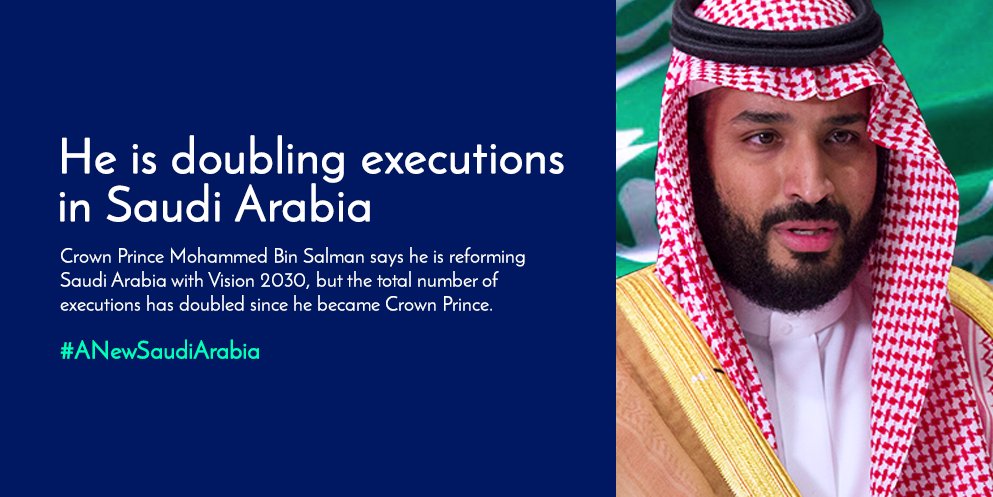 After 3 months of empty promises from the crown prince: Saudi Arabia carries out a new execution feast

On July 17, 2017, Saudi Arabia severed 7 heads of people accused of murder and assisting in the killing and smuggling of drugs. This figure is the highest in a single day since Crown Prince Mohammed bin Salman announced on April 6 that he would reduce executions to the possible minimum. The executions carried out since his statement amounted to 30 executions, bringing the total since 2018 to 72 executions.

In addition, the execution of the seven includes a case charged with the crime of drug trafficking, in the insistence on continuing to execute for charges not classified under international law for the most serious crimes. This makes the numbers of the executed during the last 13 years, more than 350 people, on charges not serious. It was not known that any of the seven cases were sanctioned by members of civil society, as civil society continued to be crushed in Saudi Arabia.

Death sentences are still being implemented within a flawed judicial system that violates many rights and uses confessions extracted under torture, coercion and deception. This is seen in a report published in June 2018 that showed King Salman’s direct responsibility for the widespread torture in Saudi Arabia.

ESOHR believes that the seven death sentences carried out in Saudi Arabia within one day confirm that the Crown Prince’s statements were confined to the media framework, without any indications of changes. This reality places serious concerns on the fate of 51 prisoners facing death sentences at different levels of litigation, including 31 prisoners whose sentences have been finally ratified and may be executed at any moment. The list includes also, eight children who faces charges including demonstrating. Because of the lack of transparency in Saudi Arabia’s very flawed justice system, the organization expect that there is larger numbers, facing the risk of executions.

This reality indicates the need to be aware to the policies of Saudi Arabia and to continue campaigns of pressure on the government in all possible ways, especially in light of promises of reform.

We in the Organization emphasize the role of the media, especially the international, in this, and we confirm our readiness for any clarification or inquiry or follow-up.