ANTHONY BOURDAIN: Assassinated For Being A Friend of the Palestinians

ANTHONY BOURDAIN: Assassinated For Being A Friend of the Palestinians

[Editor’s note: They say Bourdain had been suffering depression since the death of his wife 13 years ago. However, colour me suspicious whenever a critic of Israel and it’s genocidal policies towards the Palestinians dies unexpectedly. Yes, Israel would murder someone for sticking up for the Palestinians, they wouldn’t hesitate in fact. Ian]

The news of celebrity chef Anthony Bourdain’s death has drawn tributes from notables and ordinary people from around the world.

The benevolent TV host’s passion for world’s food and diverse cultures is well known. However, his work with Palestinians on a visit to the holy land in 2013 can be termed as highlight of his career where he ‘humanised’ the oppressed community for once in front of the American audience.

Bourdain had travelled to Jerusalem, the West Bank and Gaza to spotlight Palestinian and Israeli food on his show ‘Parts Unknown’ for CNN in 2013. He immediately fell in love with Palestine, its people and the culture and shocked to witness brutality of military occupation by Israeli forces.

It was impossible for the affable chef to avoid things Israelis prefer and want the world to forget about: the settlements, the wall, and Gaza.

The food traveller “made a point to show the evils of the military occupation and said in the episode that no honest journalist—even one like him—could report from Israel/Palestine without acknowledging that overarching reality of oppression. Brave & set an example,” Mike Prysner, an American political activist said on Twitter.

“I’ll never forget when Anthony Bourdain took his show to Palestine and humanised it’s people. It was the first time I—and most people—ever saw the military occupation or Palestinian life on mainstream TV. RIP,” Prysner added. 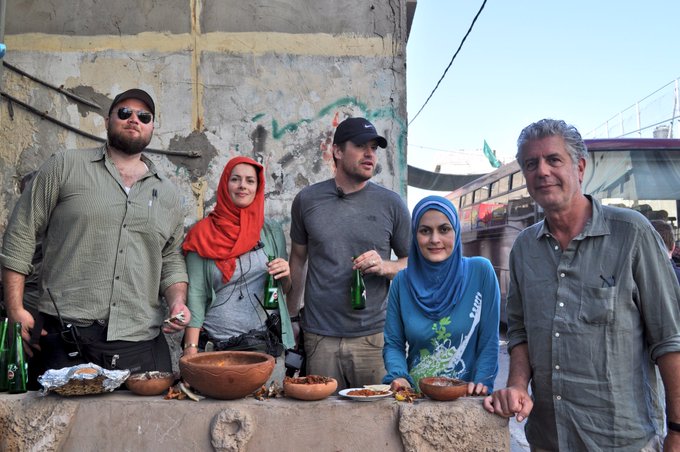 I’ll never forget when Anthony Bourdain took his show to Palestine and humanized it’s people. It was the first time I—and most people—ever saw the military occupation or Palestinian life on mainstream TV. RIP

“Let’s not forget that Anthony Bourdain was one of the few prominent media personalities who regularly humanised Muslims and Arabs as regular, everyday people – without politicising their lives or stories,” said Khaled Beydoun, a university professor in the US.

Let’s not forget that Anthony Bourdain was one of the few prominent media personalities who regularly humanized Muslims and Arabs as regular, everyday people – without politicizing their lives or stories.

Beydoun, who examines Islamophobia, the war on terror, and the prominence of race and racism in American law, further said: “What touched me most about Anthony Bourdain was that he represented the common man. While a famous chef, he loved and celebrated food that working class people – from all over the world – loved.”

What touched me most about Anthony Bourdain was that he represented the common man. While a famous chef, he loved and celebrated food that working class people – from all over the world – loved.

Shawarma sandwich, an In ‘n Out burger, or jerk chicken from a street vendor.

While shooting the episode, he was immediately mesmerised by Palestine, due to its rich history and spirituality that surrounds the place.

Visiting the West Bank on his way to a settlement, he said something that American people would never hear on national TV:

“In 2003, Israel began construction on a wall along the green line representing the Israeli-Palestinian border. The wall now stretches 450 miles. When completed, it will span 700 miles, 85% of it in Palestinian territory… Since 1967, 500,000 Israeli settlers have moved into the West Bank, all in contravention of international law, many in contravention of Israeli law, though in effect it seems to make little difference, they’re here and in ever larger numbers,” he said. 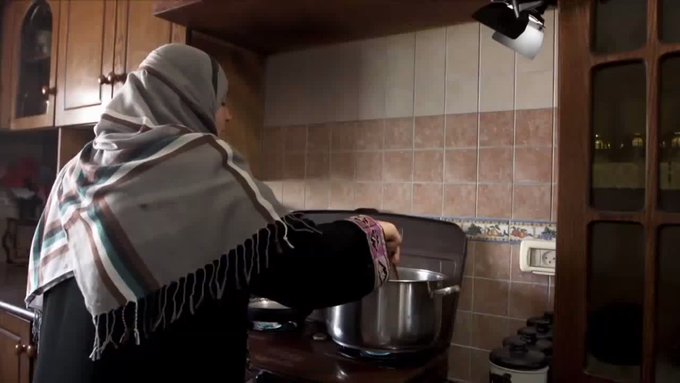 We are saddened by the news that celebrity chef Anthony Bourdain has passed away this morning. Here he is in the besieged Gaza Strip, enjoying maqloubeh, a traditional Palestinian dish, with a family during an episode of his TV show “Parts Unknown”.

At another point, during shooting of the episode, Bourdain met and dined with a Palestinian group of men.

“Many of these guys are not too sympathetic to my country, or my ethnicity I’m guessing. But, there’s that hospitality thing. Anywhere you go in the Muslim world, it seems, no matter what, you feed your guests, you do your best to make them feel at home,” he remarked while having a great time over meal with the group, mostly refugees.

Here is Anthony Bourdain with a group of children in Gaza. Thank you for shining your light on the dark places.

He started off the episode announcing: “By the end of this hour, I’ll be seen by many as a terrorist sympathiser, a Zionist tool, a self-hating Jew, an apologist for American imperialism, an Orientalist, socialist, a fascist, CIA agent, and worse.”

However, with his love for humanity he managed to avoid all these tags and miraculously made everyone including Americans and Palestinians like and adore him even more.

-“I’ve spent much of my life in the Muslim world where I’ve been treated with overwhelming kindness and generosity.” –Anthony Bourdain