Masks Off: Super-Bully of the World US Threatens Germany and Russia over Nord Stream-2 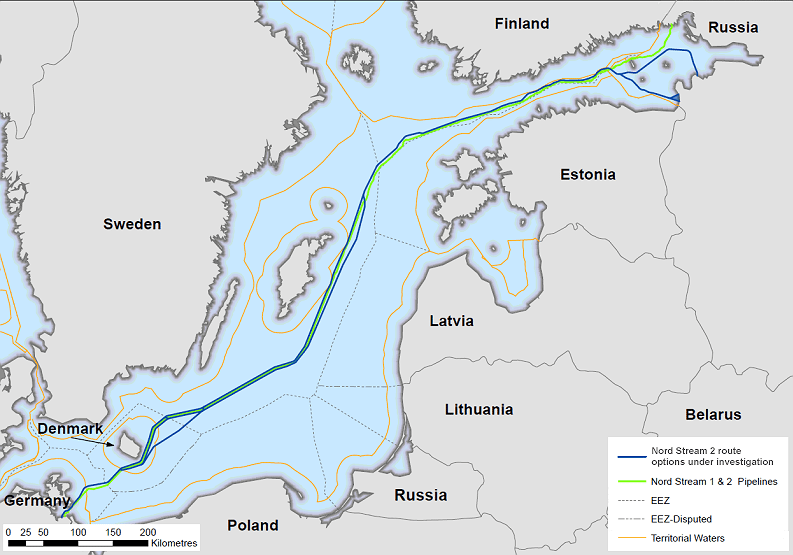 Masks Off: Super-Bully of the World US Threatens Germany and Russia over Nord Stream-2

I coined the term ‘Super-Bully of the World’ several years ago. Now the masks are finally off and the king is fully naked. The US openly threatens its ‘ally’ Germany with a trade war if Germany doesn’t stop the Nord Stream-2 project. The threats began before Merkel’s trip to Sochi where she met with Putin, and they are escalating after her return.

RT videos give you more details:

We had discussed in previous years how crucially important Nord Stream-2 is for all of Europe, and first and foremost, for Germany. And of course it’s very important for Russia. Essentially, now both EU and Russia are held hostage by Ukraine gas pipeline. Nord Stream-2 will completely change this status quo, taking most leverage away from the US for the control of Ukraine and EU.

US wants to continue holding EU and Russia hostage to the whims of the Kiev junta, whom they control. They also want to push their own expensive and dirty fracking gas onto Europe — and never mind that fracking pollutes the American lands!

Most of all, US desperately needs to prevent Germany-Russia alliance from forming, which will eventually be fortified by the mighty China joining it. This ultimate fear of Russia and Germany (and by extension the whole Europe) working together is in large part why the US/globalists orchestrated the Ukraine Maidan and ukro-nazi takeover 2014. This was also in large part the true reason behind WWI and WWII.

I, for my part, hope Germany and EU have enough balls not to cave in to the US pressure this time, like they did so many times before, while hurting their own interests. I think this is the one time when it won’t happen. Make no mistake, the US will continue its threats and 4D hybrid war will continue. I know the EU/Merkel/Germany will try to sit on two chairs at once, as so many countries try to do during EARTH SHIFT. We have discussed how it works in PUTIN’S DOCTRINE & EURASIAN UNION SUPER-BLOCK.

But the EARTH SHIFT is still progressing in the right direction, even if it feels a little slow. I will be very happy to see when Eurasia is again re-united in one single cooperative space and Putin’s vision of Eurasian Union from Vladivostok to Lisbon becomes a reality!

This article is part of the new Eurasian Union Series on Patreon. We are discussing how, despite all the challenges EAU is growing and a number of countries are joining it as either observers or free trade zone partners. The list includes Vietnam, Moldova, Serbia, Israel, Egypt, India and more. We have also discussed Russia, the ‘Empire in Reverse’ and the ‘Inverted Collapse.’ The following posts in the series will address the important and baffling events in the post-Soviet space, Armenia Maidan and Moldova’s Trump.