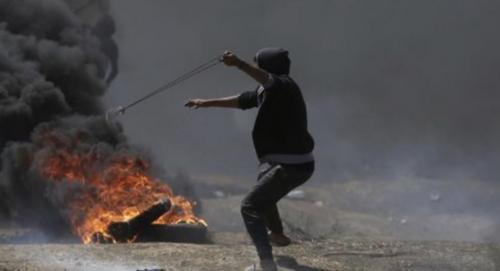 While Turkish officials on Monday condemned Israel’s mass slaughter of Palestinian resident, Turkish President Recep Tayyip Erdogan offered perhaps his most scathing criticism yet, according to the Anadolu News Agency.

In a scathing declaration, Erdogan blasted Israel’s killings as tantamount to genocide.

He also declared that Israel is a “terrorist state” following the murder of 55 Palestinians,while also describing the killings as a “humanitarian tragedy.”

“What Israel is doing is genocide,” he said. “We will continue to stand with the Palestinian people with determination. “We will not allow today to be the day the Muslim world loses Jerusalem…”

After blasting the US for moving its embassy in Tel Aviv to Jerusalem on Monday – a decision that many foreign leaders have said will only further inflame tensions between Palestinians and Israelis – Erdogan, who is visiting the UK this week, also declared a three-day period of national mourning in solidarity with the captive residents of that Gaza Strip, who were fired on en masse during Monday’s demonstration, which led to more than 55 being killed at last count. Meanwhile, nearly 2,000 had been wounded.

Turkey also called for an emergency meeting of the Organization of Islamic Cooperation to be held on Friday, according to Deputy Prime Minister Bekir Bozdag. 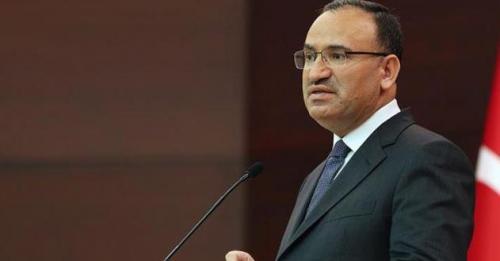 Bozdag, who made the announcement after a Council of Ministers meeting in Ankara, said the US had “violated” United Nations Security Council resolutions by opening its embassy in Jerusalem on Monday.

“Today will go down in the history as Bloody Monday for Muslims and Islamic countries,” Bozdag said. “Jerusalem’s historic and spiritual status will never change. As it was before, Jerusalem will continue to be independent Palestine’s capital.”

Turkey also withdrew its ambassadors from Tel Aviv and Washington so they can attend the meeting. The country’s foreign minister also called for a meeting of the UN General Assembly to address the latest massacre perpetrated by Israeli soldiers against thousands of unarmed Gazans. 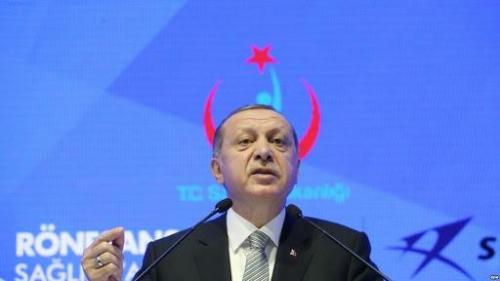 Israel has claimed that Monday’s demonstration, which was the final installment of the Hamas-organized “March for Return” protests, was a smokescreen meant to distract Israeli forces as Hamas militants sought to breach the fence and attack Israeli border settlements. The IDF said thousands of Israeli lives were at risk if it didn’t act to violently suppress the uprising.

But Bozdag wasn’t the only senior Turkish official to address the attacks. In a separate set of

Erdogan added that a “big rally would be held in Istanbul on Friday to demand justice for those murdered in Gaza.

Since the first rally along the Gazan border fence back in late March, more than 90 Gazans have been slaughtered by Israeli soldiers.

The rallies were meant to culminate on Monday with demonstrations marking the 70th anniversary of Israel’s Independence Day – which is known in the Palestinian territories as the “Nakba,” or “catastrophe” because it marks the anniversary of Palestinians being forced off their land by Israeli soldiers.

Erdogan also promised that the Turkish Red Crescent would deliver humanitarian aid to hospitals in Gaza.

Meanwhile, the Associated Press reported Monday that a senior official said the West Bank-based Palestinian leadership has decided to file a war crimes complaint against Israel with the International Criminal Court over its settlement construction on occupied lands. Saeb Erekat said a meeting between Palestinian President Mahmoud Abbas and senior PLO officials led to the decision to turn to the ICC.

The decision is a sign of a sharp deterioration in relations between Palestinians and Israelis. Palestinian territories have had access to the ICC since 2012, when Palestine was admitted to the UN as an “observer country.”