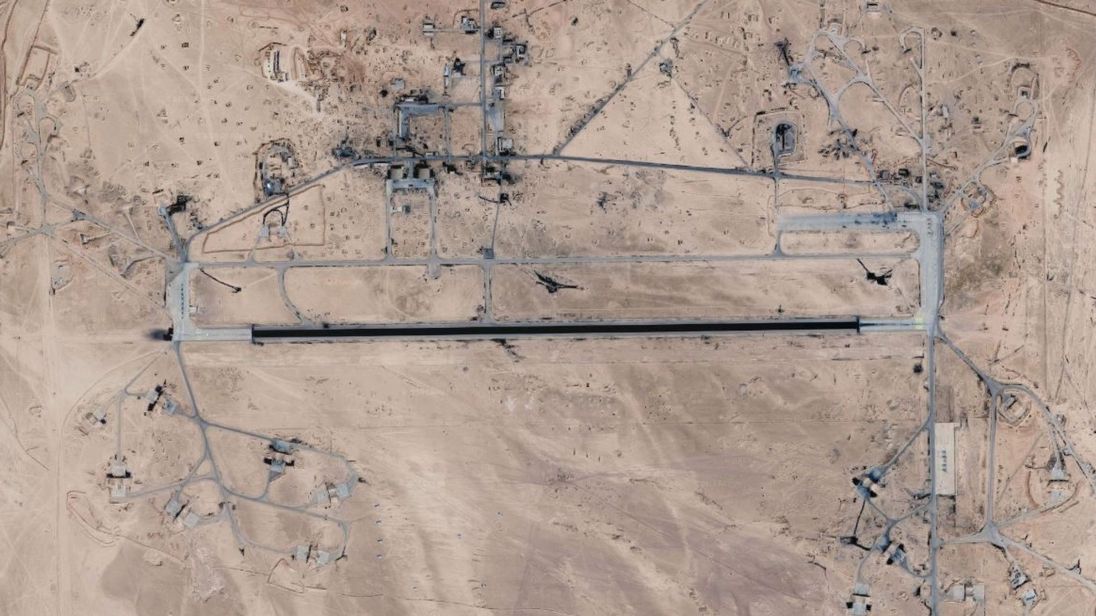 Russia says the raid – thought to be a response to an alleged regime gas attack – is a “dangerous development” and blames Israel.

Israel has been blamed for an airstrike on a military airbase in Syria which has reportedly killed more than a dozen people.

The T-4 airfield near the central city of Homs was hit with missiles in a pre-dawn raid.

The UK-based Syrian Observatory for Human Rights said 14 people had been killed. Three were Iranian, according to Iran’s Fars news agency.

It said it was unclear who was behind the bombing, however Syria and its ally Russia blamed Israel for the attack.

Russian Foreign Minister Sergei Lavrov described it as a “provocation” and a “very dangerous development”.

“I hope at least that the US military and those of the countries participating in the coalition led by the United States understand that,” he said. 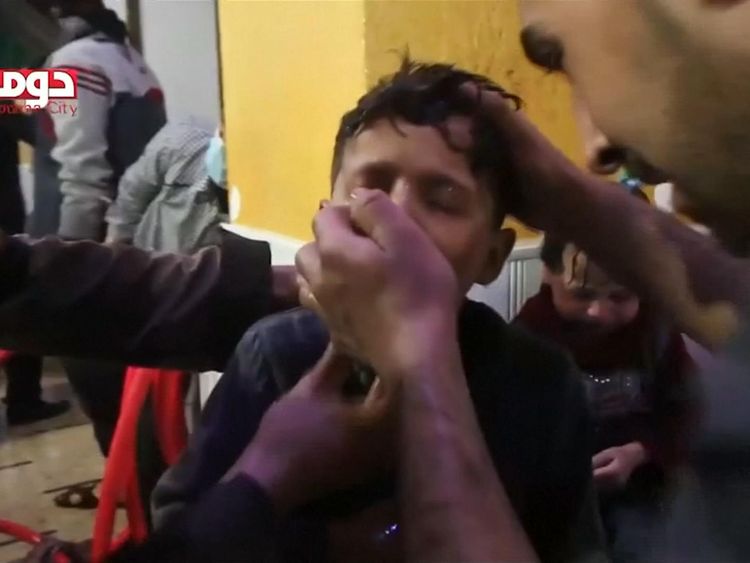 Israel has conducted airstrikes inside Syria during the past few years but, when asked about the attack, an Israeli spokeswoman declined to comment.

The raid is thought to be a response to a suspected chemical weaponsattack in which at least 70 people, many of them women and children, were killed and 500 others injured.

Prime Minister Theresa May described the attack as “horrific”, adding the regime and its backers, including Russia, “must be held to account” if it is determined Syrian President Bashar al Assad was behind it.

:: ‘Hell on Earth’: What is happening in Syria?

After a phone call with his French counterpart Jean-Yves Le Drian, he said the two countries had agreed “a full range of options should be on the table”.

US Defence Secretary James Mattis said “I don’t rule out anything right now”, when asked by reporters about an American military response.

The airfield strike came soon after US President Donald Trump warned Damascus and its allies that there would be a “big price to pay” after Saturday’s alleged chlorine gas attack in the rebel holdout of Douma, in eastern Ghouta. 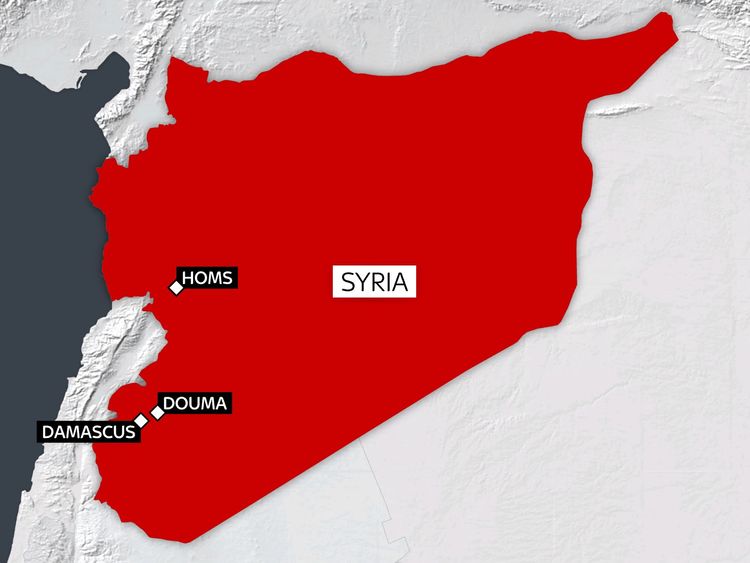 Syrian media said the airstrike was “likely to be an American aggression”, but the US denied involvement.

The US Department of Defence said in a statement that it was “not conducting airstrikes in Syria” at this time.

Last year the US launched dozens of Tomahawk cruise missiles at a different Syrian airbase after a chemical attack in the northern Syrian town of Khan Sheikhoun killed dozens of people.

There has been no independent verification of the latest chemical attack allegations made by the White Helmets rescue service and other opposition-linked medical relief groups in the war-ravaged country.

The group published graphic images showing a number of dead children who appeared to have been frothing at the mouth.

Syria and Russia have denied involvement in the attack and rejected the claims as “false speculations”. 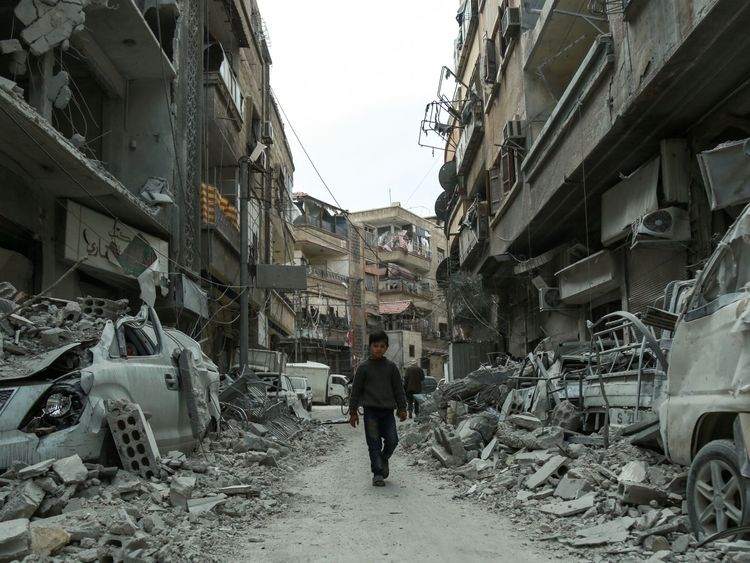 Douma has been dubbed

Moscow said Russian troops had visited the site and found no traces of chemical weapons use.

The Organisation for the Prohibition of Chemical Weapons said it was investigating the allegations and a fact-finding team was gathering information “to establish whether chemical weapons were used”.

Meanwhile, Syrian state TV reported dozens of civilians held for years by the rebel group Jaish al Islam near the capital Damascus had been set free as part of a deal reached between opposition forces and Russia at the weekend.