The Brits Have Gone Batty and Ballistic at the Same Time 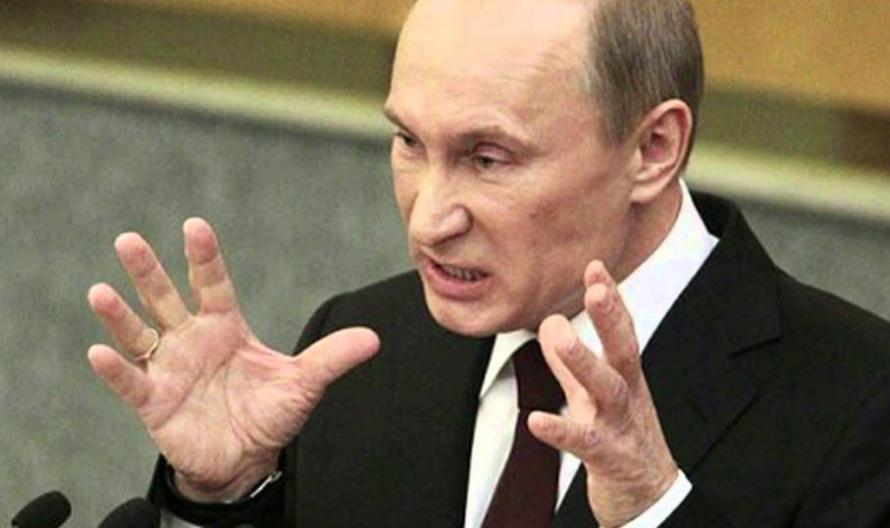 The Brits Have Gone Batty and Ballistic at the Same Time

Then she issues an absurd 24-hour ultimatum for the Kremlin to respond to their patently false charge.

There’s no proof offered of a crime; no evidence whatsoever presented to Russia.  There’s no formal process or legal procedure adhered to.  Just a made up allegation that the British government screams from their 3-ring circus called Parliament.

What a complete travesty!  Great Britain is clearly no more.

There is only one explanation for this juvenile behavior.  They are all being bribed and/or blackmailed by the Rothschild banskters and Illuminati  warlords who desperately need a World War III to advance their New World Order agenda.

Russia Threatens UK: “One Does Not Give 24Hrs Notice To A Nuclear Power”

On the heels of UK PM May’s red hot rhetoric and ultimatum yesterday and Germany’s pressure this morning, Russia has cranked up their response to ’11’ on the Spinal Tap amplifier of global armageddon.

Having made clear this morning that:

“The spokesperson for the Foreign Ministry has commented on our attitude to this,” he added referring to Maria Zakharova branding of May’s appearance in Parliament as a “circus.”

Russia faces warning from Germany too, as Reuters reports Merkel and May spoke this morning about the nerve agent attack. Merkel condemned the attack and stated that she was “taking very seriously the British government’s view that Russia might be responsible.” Merkel then said Russia “needs to give prompt answers to the British’ justified questions.”

“One does not give 24 hours notice to a nuclear power” adding that the “Skripal poisoning was not an incident but a colossal international provocation.”

She also slammed the British for “not using a single international legal mechanism to probe the Skripal case.”

Additionally, in a series of tweets the Russian embassy in the UK said:

“Moscow will not respond to London’s ultimatum until it receives samples of the chemical substance to which the UK investigators are referring.

“Britain must comply with the Chemical Weapons Convention which stipulates joint investigation into the incident, for which Moscow is ready.

“Without that, there can be no sense in any statements from London. The incident appears to be yet another crooked attempt by the UK authorities to discredit Russia.

“Any threat to take ‘punitive’ measures against Russia will meet with a response. The British side should be aware of that.

6/7 Any threat to take “punitive” measures against Russia will meet with a response. The British side should be aware of that. pic.twitter.com/DFAaB5orQE

“Today the Embassy sent a note to the Foreign Office reiterating that Russia is not involved in the Salisbury incident and outlining the above mentioned demands for joint investigation.”

The embassy added: “UK Ambassador Laurence Bristow was summoned to Russia’s ministry of foreign affairs, where first deputy FM Vladimir Titov strongly protested the evidence-free accusations by the UK authorities of Russia’s alleged involvement in the poisoning of Sergei Skripal and his daughter Yulia.

“It was stated that the actions of the UK authorities are a clear provocation and that the Russian Federation was not involved in the incident that took place in Salisbury on March 4, 2018.”

Meanwhile, the Press Association reports that Russia has warned Britain to “consider the consequences” of mounting a retaliatory cyber strike after the Salisbury spy poisoning.

In a fresh sign of the escalating diplomatic tension sparked by the case, the Russian Embassy cautioned against “such a reckless move”.

The Government has not publicly disclosed the options under consideration but reports on Tuesday suggested one possibility was a cyber counter-attack.

Responding to the speculation, the Russian Embassy in the UK said: “Statements by a number of MPs, ‘Whitehall sources’ and ‘experts’ regarding a possible ‘deployment’ of ‘offensive cyber-capabilities’ cause serious concern.

“Not only is Russia groundlessly and provocatively accused of the Salisbury incident, but apparently, plans are being developed in the UK to strike Russia with cyber weapons.

“Judging by the statements of the Prime Minister, such a decision can be taken at tomorrow’s meeting of the National Security Council.

“We invite the British side to once again consider the consequences of such a reckless move.”

“No one knows anything, including Theresa May, who has no actual fact in her hands,” Zakharova told the 60 Minutes program on the Rossiya-1 television channel.

“…not a single British media outlet with work in Russia if London shuts RT.”

The news comes as Nikolai Glushkov, a Russian businessman and close associate of late Putin critic Boris Berezovsky, was found dead in the UK, according to reports. As reported earlier, Glushkov, a former deputy director of Aeroflot, died at the age of 68 at his London home in New Malden, according to Russia’s business FM radio station.

The cause of death has not been confirmed.

The 68-year-old’s body, which had ‘strangulation’ marks on his neck, was discovered by his daughter, according to Russian newspaper Kommersant. Glushkov was twice charged with fraud in Russia and was a close ally of Mr Berezovsky, who was once one of the most powerful businessmen in Russia and played a pivotal role in Vladimir Putin’s rise to power during the late 1990s.

Berezovsky fell out with Putin in 1999 and fled to Britain, while Glushkov was charged with money laundering and fraud and subsequently jailed until 2004.

This escalation is far from over.