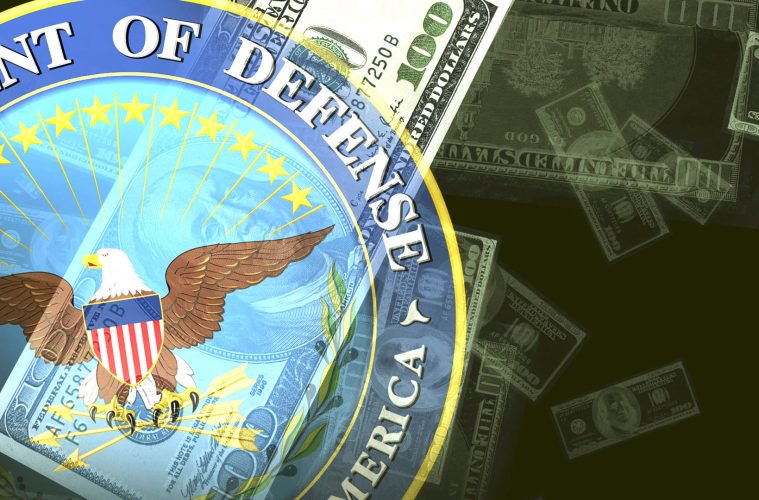 Secrecy is the backbone of America. According to some historians’ estimates, each year, more than 500 million pages of documents are classified by the United States alone. The United States has also had a history of government agencies existing in secret for years. The National Security Agency (NSA), for example, was founded in 1952, but its existence was hidden until the mid 1960s.

Even more secretive is the National Reconnaissance Office, which was founded in 1960 but remained completely secret for 30 years. On top of that, we’ve had numerous presidents, politicians, and others tell the world a secret government exists that controls both parties and all media, and dictates government policy. The latest to acknowledge this secret group was Vladimir Putin, who described how men provide instruction to the president after they’ve been elected.

The bottom line is that this world of secrecy requires funding. And since these intelligence agencies were completely secret, that funding came from the Black Budget. This money is invested into programs that are completely exempt from disclosure to Congress. When former Canadian Defence Minister Paul Hellyer said “thousands of billions of dollars have been spent on projects about which both the Congress and the Commander in Chief have been kept deliberately in the dark,” he wasn’t kidding.

Unfortunately, we don’t hear much about Black Budget programs, or about the people who investigate them. The only mainstream example comes from 2010, when Washington Post journalists Dana Priest and William Arkin spent two years investigating the Black Budget and concluded that America’s classified world has “become so large, so unwieldy and so secretive that no one knows how much money it costs, how many people it employs, how many programs exist within it or exactly how many agencies do the same work.”

This world, where trillions of unaccounted for dollars are probably ending up, is perhaps getting more attention now because, according to the Pentagon’s news service, “The Defense Department is starting the first agency-wide financial audit in its history.”

According to The Free Thought Project, beginning in 1996 all federal agencies were required by law to conduct regular financial audits, but the Pentagon has never complied. This means that, for the past 20 years, it’s never accounted for the the trillions in taxpayer funds it has spent. In fact, a 2013 investigation by Scot Paltrow for Reuters uncovered that the Pentagon has been “fudging” numbers for a long time, and it’s simply considered to be standard procedure.

Linda Woodford spent the last 15 years of her career inserting phony numbers in the U.S. Department of Defense’s accounts

Every month until she retired in 2011, she says, the day came when the Navy would start dumping numbers on the Cleveland, Ohio, office of the Defense Finance and Accounting Service, the Pentagon’s main accounting agency. Using the data they received, Woodford and her fellow DFAS accountants there set about preparing monthly reports to square the Navy’s books with the U.S. Treasury’s – a balancing-the-checkbook maneuver required of all the military services and other Pentagon agencies.

And every month, they encountered the same problem. Numbers were missing. Numbers were clearly wrong. Numbers came with no explanation of how the money had been spent or which congressional appropriation it came from. “A lot of times there were issues of numbers being inaccurate,” Woodford says. “We didn’t have the detail … for a lot of it.”

Again, we are talking about huge sums of unaccounted for money going into programs we know absolutely nothing about. It’s not like there haven’t been any Congressional inquires into it, because this has been an ongoing problem for a couple of decades. Even former Secretary of Defense Donald Rumsfeld stated in July 2016 that “The financial systems of the department of defence are so snarled up that we can’t account for some $2.6 trillion in transactions that exist, if that’s believable.”

That’s a lot of money.

We have been warned about this before. President Eisenhower was the first to do so, letting the world know before he ended his presidency that there exists a massive potential for the rise of misplaced power.” His predecessor, John F. Kennedy, did the same, saying that there “is a very grave danger that an announced need for increased security will be seized upon by those anxious to expand its meaning to the very limits of official censorship and concealment.” He also emphasized that he does not intend to permit this, to the extent that it’s in his control.

What we’re really talking about here are Special Access Programs (SAPs). From these we have unacknowledged and waived SAPs. These programs do not exist publicly, but they do indeed exist. They are better known as ‘Deep Black programs.’ A 1997 U.S. Senate report described them as “so sensitive that they are exempt from standard reporting requirements to the Congress.”

According to Rafael Degennaro, the Director of Audit the Pentagon, over the past 20 years the Pentagon has broken every promise to Congress about when an audit would happen.

They’ve responded by claiming the audit is going to start right away, and will now occur annually.

But can these audits be trusted? After so much controversy, secrecy, and law-breaking, how can we trust these audits will square the books? It’s obvious this money has gone into programs that the world knows nothing about.

NPR is reporting that the Department of Defense’s Office of the Inspector General has “hired independent public accounting firms to conduct audits of individual components — the Army, Navy, Air Force, agencies, activities and more — as well as a departmentwide consolidated audit to summarize all results and conclusions.”  This is according to the official DoD News agency.

How do we know that the U.S. government branch responsible for the audit will not be in “cahoots” with or influenced by the Pentagon, or the tremendous power the Deep State has amassed?

The point is to recognize that our own money has been used to fund projects that nobody really knows anything about, most likely benefitting the few, to the cost of many.

The human race is going through a massive transition, and one part of that transition is becoming aware of the secrecy that’s plagued our world, and the massive potential the human race really has to change it, and create an experience where all life can thrive. This isn’t possible without transparency. Transparency is necessary, as it helps us identify problems so we can begin creating solutions and moving past experiences in our system that no longer resonate with us, the collective.