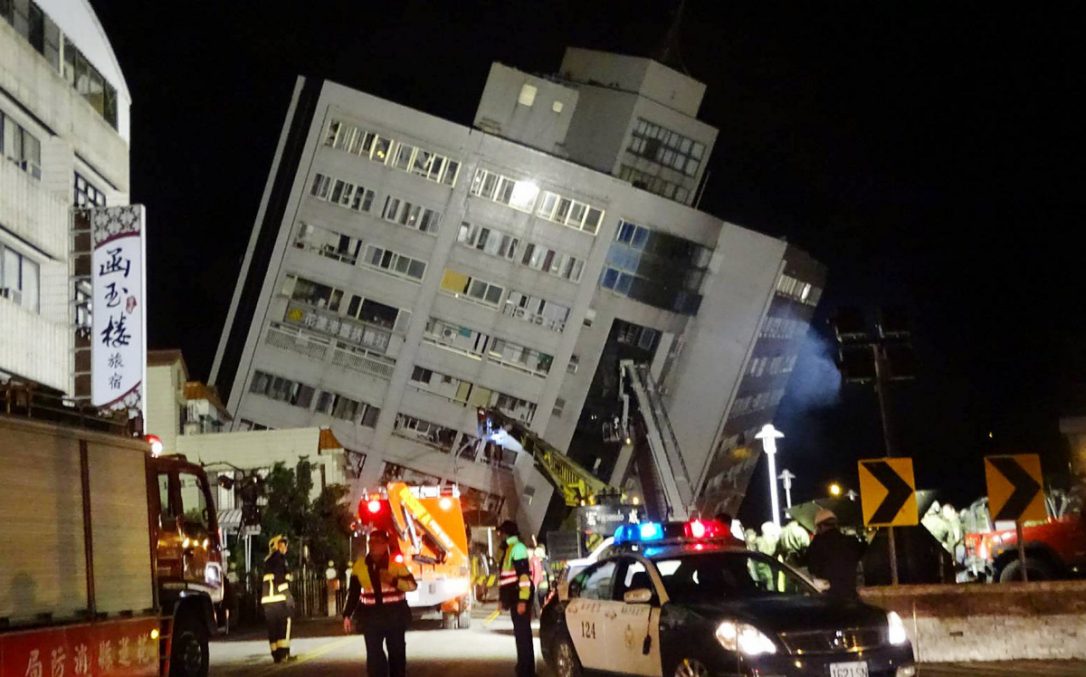 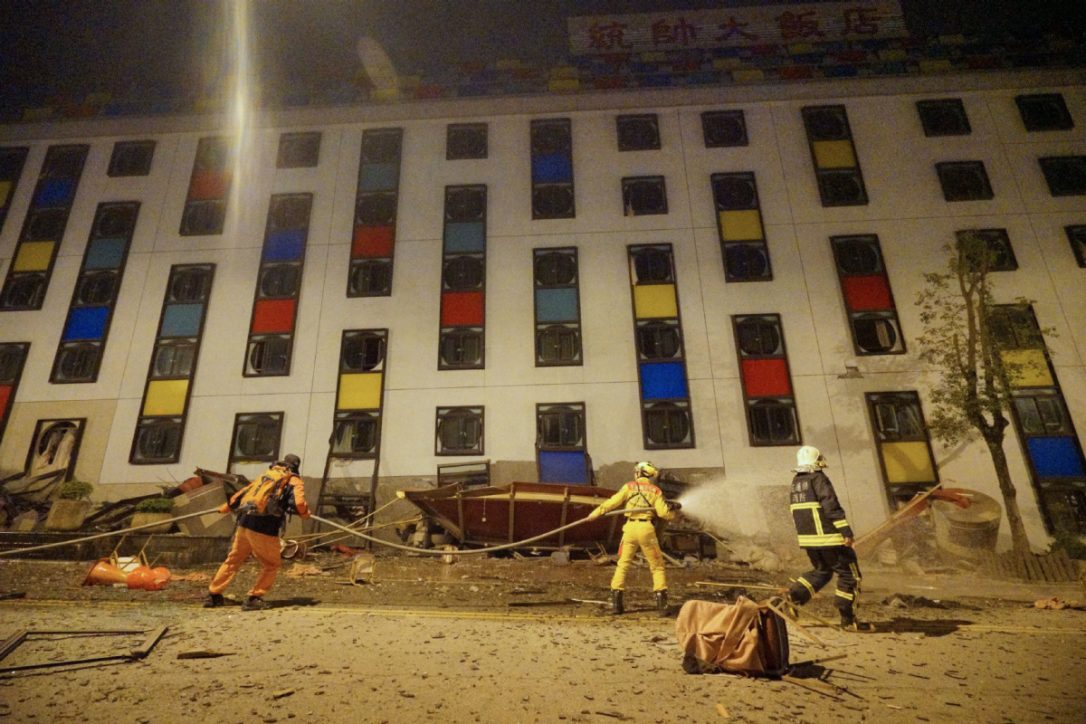 More than 200 people have been injured in the earthquake.

The ground floor of the Marshal Hotel in Hualien county caved in, causing the death of one employee. Another person died in a residential building, the national fire and rescue service reported.

Chen Minghui, a maintenance worker who was rescued after being trapped in the hotel’s basement, said the force of the earthquake was unusual.

“At first it wasn’t that big … we get this sort of thing all the time and its really nothing. But then it got really terrifying,” Chen said after he was reunited with his son and grandson. “It was really scary.”

Other buildings shifted on their foundations and rescuers used ladders, ropes and cranes to get residents to safety.

Bridges and some highways were closed pending inspections after buckling due to the force of the quake.

With aftershocks continuing, shell-shocked residents were being directed to shelters, including a newly built baseball stadium, where beds and hot food were provided.

Speaking from a crisis centre in Taipei, Cabinet spokesman Hsu Kuo-yung said rail links appeared to be unaffected and the runway of Hualien airport was intact.

“We’re putting a priority on Hualien people being able to return home to check on their loved ones,” Hsu said.

The U.S. Geological Survey said the quake struck late Tuesday about 21 kilometres northeast of Hualien, on the island’s east coast. It occurred at a depth of about 9.5 kilometres.

The earthquake followed one over the weekend off the coast of Hualien, which lies along the famed “Pacific Rim of Fire” known for seismic activity from Alaska to Southeast Asia.

The quake came exactly two years after a magnitude-6.4 quake struck southern Taiwan, causing the collapse of an apartment complex and the deaths of 115 people.

Five people involved in the construction of the complex were later found guilty of negligence and given prison sentences.

Earthquakes rattle Taiwan frequently. Most are minor and cause little or no damage.