The Russiagate Stakes Are Extreme 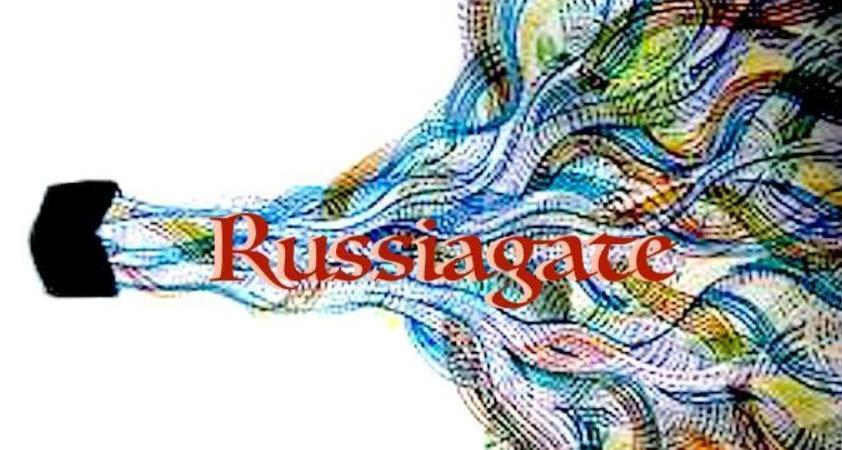 The Russiagate Stakes Are Extreme

The Republicans’ delay in releasing the summary of the House Intelligence Committee’s Russiagate investigation is giving weight to the presstitutes’ claim that the report is not being released, because it is a hack attempt at a Trump coverup that is not believable. Only Republicans are stupid enough to put themselves in such a situation.

Readers ask me why the summary memo is not released if it is real. There must be some reasons besides the stupidity of Republicans. Yes, that is so. Among the many reasons that might be blocking release are:

1) Republicans are very national security conscious. They don’t want to provide precedents for the release of classified information.
2) Many Republican congressional districts host installations of the military/security complex. Upsetting a large employer and directing campaign financing to a challenger is a big consideration.
3) The George W. Bush/Dick Cheney regime was a neoconservative regime. One consequence is that Republicans are influenced by neoconservatives who stress the alleged “Russian threat.”
4) The Israel Lobby can unseat any member of the House and Senate. The Israel Lobby is allied with the neoconservatives and this alliance intends to keep the US militarily active against perceived threats to Israel’s hegemony in the Middle East and against Russia, which supports Syria and Iran, countries perceived as threats by Israel.
5) Many Republicans are themselves invested in false Russiagate allegations against Trump and would like to replace him with Pence. Other Republicans believe that Trump is undermining Washington’s expensively-purchased foreign alliances and, thereby, undermining US power.

Many Americans do not seem to understand what is at stake. What America is confronted with is a coup conspiracy organized by top officials of the Obama Justice Department, FBI, CIA, the Hillary DNC, and the presstitute media to overturn the result of a democratic election and remove the president from office. The basis of the coup is a fake dossier purchased for money that consists of unsupported allegations against Trump and that was used to obtain warrants from the FISA count to spy on Trump and various associates hoping to find something that can be used against Trump. Regardless, the false allegations could be fed to the CIA’s media assets and used to create a scandal requiring a special prosecutor to investigate Russiagate. Once the investigation was under way, the presstitutes kept the scandal alive hoping to convince enough Americans that Trump must have done something—“where there is smoke, there is fire”—that justifies his removal. It worked against Richard Nixon, but not against Ronald Reagan, and Trump is no Reagan.

If the highest reaches of the police state agencies can get away with an attempted or successful coup against the president of the United States, then that is the complete end of democracy and all accountability in government. The House, Senate, and judiciary will become as powerless as the Roman senate under the caesars. We will live under a dictatorship ruled by police state agencies.

Many Americans say they don’t need the House Intelligence Report, because they don’t believe the Russiagate BS in the first place. They miss the point. They need the report, because those responsible for this attempt at a coup must be identified, charged, and prosecuted for their act of high treason.

This is not minor stuff. This goes to the heart of whether any form of liberty will exist. We all know that the ability of the people to hold government accountable is not assured by democracy. However, there is no prospect of holding government accountable if it is a police state, a road that the US has been going down for some time. The audacious coup attempt against President Trump is our opportunity to stop the momentum to a police state.

Despite my recent postings, many people do not understand that the somewhat redacted FISA court document that has been declassified and released and explained by myself, William Binney, and former US Attorney Joe di Genova (see: http://www.paulcraigroberts.org/2018/01/22/here-are-all-the-facts-about-russiagate/ ) contains admissions by the FBI and DOJ that they improperly spied and obtained warrants from the court under false pretenses. In other words, we have it on the authority of the FISA court itself that the FBI and DOJ have admitted to the court their transgressions. When Department of Justice (sic) congressional liaison Stephen Boyd says the DOJ is “unaware of any wrongdoing,” he is lying through his teeth. The DOJ has already confessed its wrongdoing to the FISA court.
(See Lendman on Boyd’s claim that releasing the memo would harm national security and ongoing investigations. This is always the claim made when government has to cover up its crimes. http://stephenlendman.org/2018/01/memo-detailing-russiagate-abuses-names-high-level-us-officials/ )

When Admiral Rodgers, director of the National Security Agency, discovered that the FBI and DOJ were misusing the spy system for partisan political reasons, he let it be known that he was going to inform the FISA court. This caused the FBI and DOJ to rush to the court in advance and confess to “mistakes” and to promise to tighten up procedures so as not to make mistakes in the future. It is these “mistakes” and corrections that the FISA court document reveals.

In other words, the information already exists in the pubic domain that proves that Russiagate was a conspiracy organized for the purpose of bringing down the elected president of the United States.

A case can be made that it would be just as well if the coup succeeds as it would bring an end to Washington’s cover as the government of a great democracy with liberty and justice for all. Most other governments, and one would hope certainly the Russian and Chinese governments, would see the coup as America’s final transition into a police state and give up their utopian ideas of reaching accommodation with Washington. The constraints on Washington’s ability to bully the world would be greatly strengthened by the universal perception that the government of the United States had devolved into a police state.