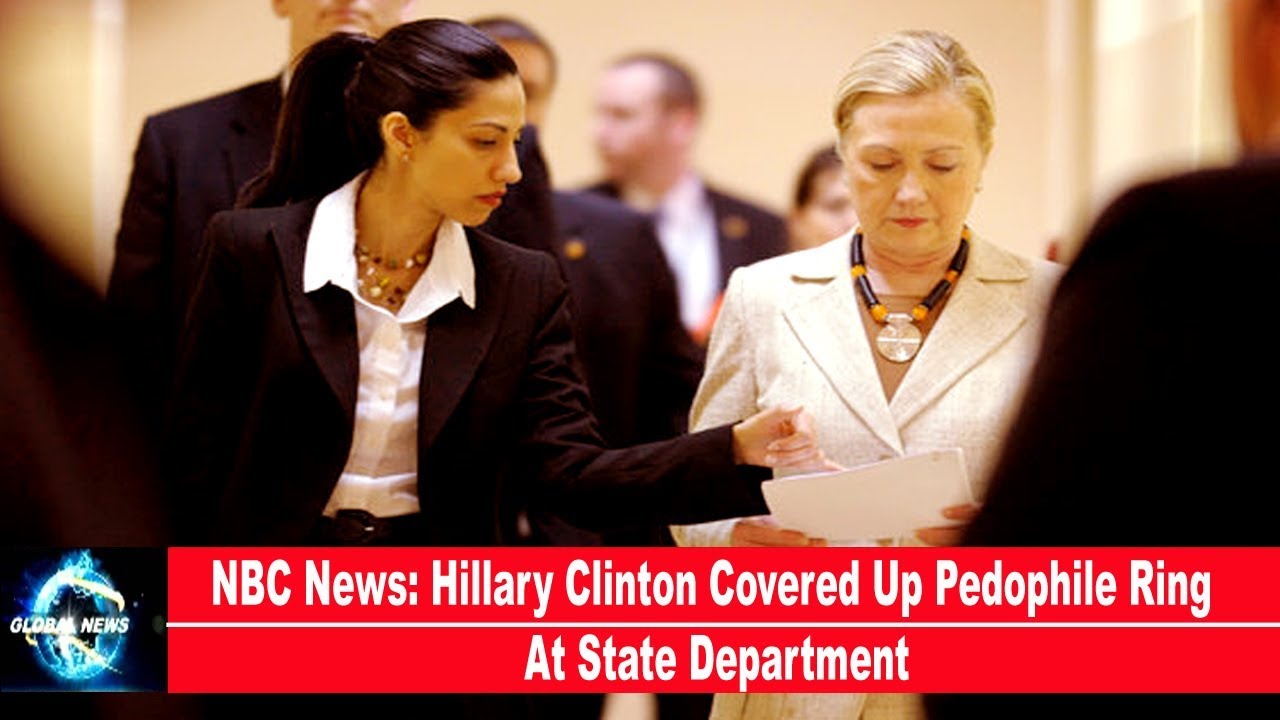 As the calm before the storm begins to rapidly turn positively windy this week, infamous White House leaker QAnon has pointed followers to an elite pedophile ring investigation at the State Department in 2013 that was shut down and covered up by Hillary Clinton.

Posting from Q’s official Twitter account, @kill_rogue, the anonymous insider shared a video of an NBC report which detailed explosive revelations about an investigation into a child abuse and human trafficking network that was operating in Washington D.C. that was whitewashed in order to protect high-ranking officials.

The post was a link to the news footage on YouTube with the caption that simply read: “Hillary Clinton”

News has also begun to emerge that President Donald Trump is working with Wikileaks founder Julian Assange to grant him an official pardon in return for information.

With the leaks from QAnon about Assange over the last few days being drip fed to the public, along with the latest Clinton pedo ring tweet, it’s now becoming clear that it is all related and may be the “calm before the storm” that Trump referenced in October.

The investigation by NBC was conducted in 2013, with the findings being swept under the carpet until it resurfaced again in 2017.The report found that Clinton, then Secretary of State, covered up the investigation into high-profile politicians and an ambassador, with the conspiracy being exposed by leaked internal memos from the State Department.In the report, NBC News anchor announces, “Serious allegations concerning the State Department”, before Chuck Todd reveals the disturbing details of child sex abuse concealment by Hillary Clinton:

“According to internal State Department memos, the agency might have called off or intervened into investigations into possibly illegal, inappropriate behavior within its ranks, allegedly to protect jobs and avoid scandals.”

“This concerns a time when Hillary Clinton was Secretary Of State.”

“There is an old saying in Washington; ‘that the cover-up is worse than the crime’, but in this case, both parts of it are disturbing.”

“Allegations of prostitution and pedophilia, and allegations that those crimes were somehow covered-up or not looked into.”

“So the State Department this morning is having to respond to those claims, and those investigations involve misconduct by State Department officials, including an Ambassador and security agents attached to then-Secretary Of State, Hillary Clinton.

“The allegations are that these investigations were whitewashed, quashed altogether and that those orders came from high up.

“NBC News has obtained documents relating to ongoing investigations into some disturbing allegations involving State Department personnel and at least one ambassador.

“A State Department memo says, the Ambassador, quote ‘routinely ditched his protective security detail in order to solicit sexual favors from both prostitutes and minor children.’

“A State Department memo says the Ambassador, quote, ‘routinely ditched his protective security detail in order to solicit sexual favors from both prostitutes and minor children.’

“The memo also says a top State Department official directed department investigators to ‘cease the investigation into the ambassador’s conduct.’

“It’s just one of what another document describes as, quote, ‘several examples of undue influence’ from top State Department officials.”

What words do hear in the song? https://t.co/kuPDd0PBkA