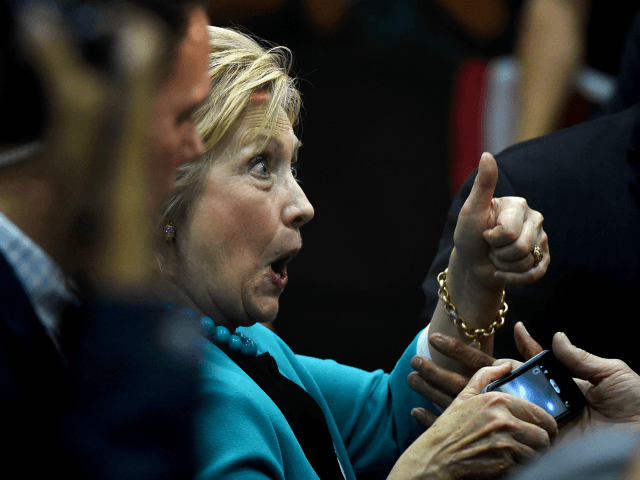 Victor Davis Hanson, one of the few remaining bright spots at the increasingly priggish and self-regarding National Review, has written another dynamite piece, one that perfectly explains the unethical (and possibly criminal) behavior currently being uncovered within the Obama administration, the 2016 Clinton campaign, the FBI, and Justice Department.

“[I]f we’d seen a Hillary Clinton victory  in November 2016, which was supposed to be a sure thing, there would now be no scandals at all,” Hanson writes. He explains, “That is, the current players probably broke laws and committed ethical violations not just because they were assured there would be no consequences but also because they thought they’d be rewarded [by President Hillary] for their laxity.”

The “currently players” include former attorney general Loretta Lynch (that secret tarmac meeting with Bill Clinton), former FBI director James Comey, his now-disgraced deputy director Andrew McCabe, infamous FBI-sexter-texters Lisa Page and Peter Stzok; political players Cheryl Mills, Huma Abedin and Debbie Wasserman-Schultz — who dissembled, fabricated, and appear to have destroyed evidence. Even Barack Obama, who used an alias to communicate with Hillary through her secret email server and then told us he knew nothing about it.

But there was also another group engaging in corrupt behavior caught off guard by Trump’s November victory — our national media.

As Hanson explains, using a document paid for by the Clinton campaign (the discredited Russian dossier), the Obama administration engaged in an unprecedented abuse of power through the FISA courts as a means to spy on the Trump campaign, and, as we now know, this of course included actual wiretaps.

This brazen spying  and the overall Russia hoax was almost certainly the “insurance policy” Strzok and Page discussed with McCabe in the event of an unlikely Trump victory.

But even if Trump had lost, that policy was still going to be used by President Hillary and her minions within the media and federal law enforcement as a bludgeon to personally destroy Trump as a Russian stooge — and by extension, to destroy his MAGA movement, which terrifies the political and media establishment even more than the Tea Party.

However, Trump did win, and as we now know, almost immediately after this victory the “insurance policy” was given the green-light. The first wave of this insurance policy came in the form of unceasing leaks to the Deep State’s most reliable co-conspirators — a compliant media.

You see, in their own fevered minds, the media seemed certain that if the public was told that Trump’s collusion with the Russians was so serious his team had to be surveilled by federal law enforcement, his presidency would be over even before it began. Hence, the insurance policy.

What the Deep State and its media collaborators did not count on, though, was Trump.

On March 4, early on a Saturday morning, Trump tweeted, “Terrible! Just found out that Obama had my “wires tapped” in Trump Tower just before the victory. Nothing found. This is McCarthyism!” — and this  tweet blew the #ReleaseTheMemo scandal wide open.

Like cockroaches suddenly exposed by the light, the media completely freaked out. Caught completely off guard by Trump’s fearlessness, by his ability to take what the media itself reported and point out that what those reports really show is a horrific abuse of power, the media quickly disavowed its own reporting, audaciously pretended that the dozen or so occasions that they had reported on Obama’s spying… never… even… happened.

So soothed were media provincials by the velvet-lined bubble’s reassurance that Trump had no chance of becoming president, they did not plan far enough about what to do if Trump won.

And so, after Trump did win, for two whole weeks, the media did something it had not done for eight years, albeit accidentally — told the truth about the Obama administration’s unprecedented politicization of the surveillance state.